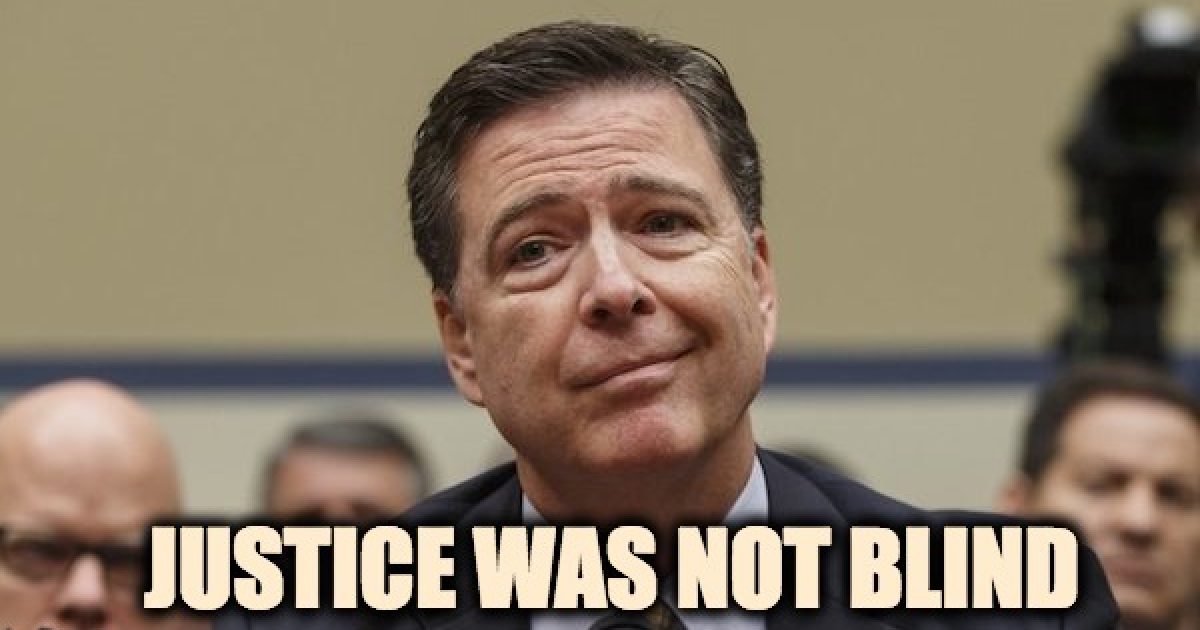 Last night the FBI released a redacted version of the FISA application that started it all, the warrant to spy on Carter page.  The full document is 412 pages and embedded below.  Although I have only read about half the document so far, there is much to learn.  Much of what I have seen raises questions about the FBI,  the people in the DOJ who approved the warrant, and the Judges who approved the warrant Therefore rather than keep you all waiting for me to read part two, it’s important to share what’s been learned so far. 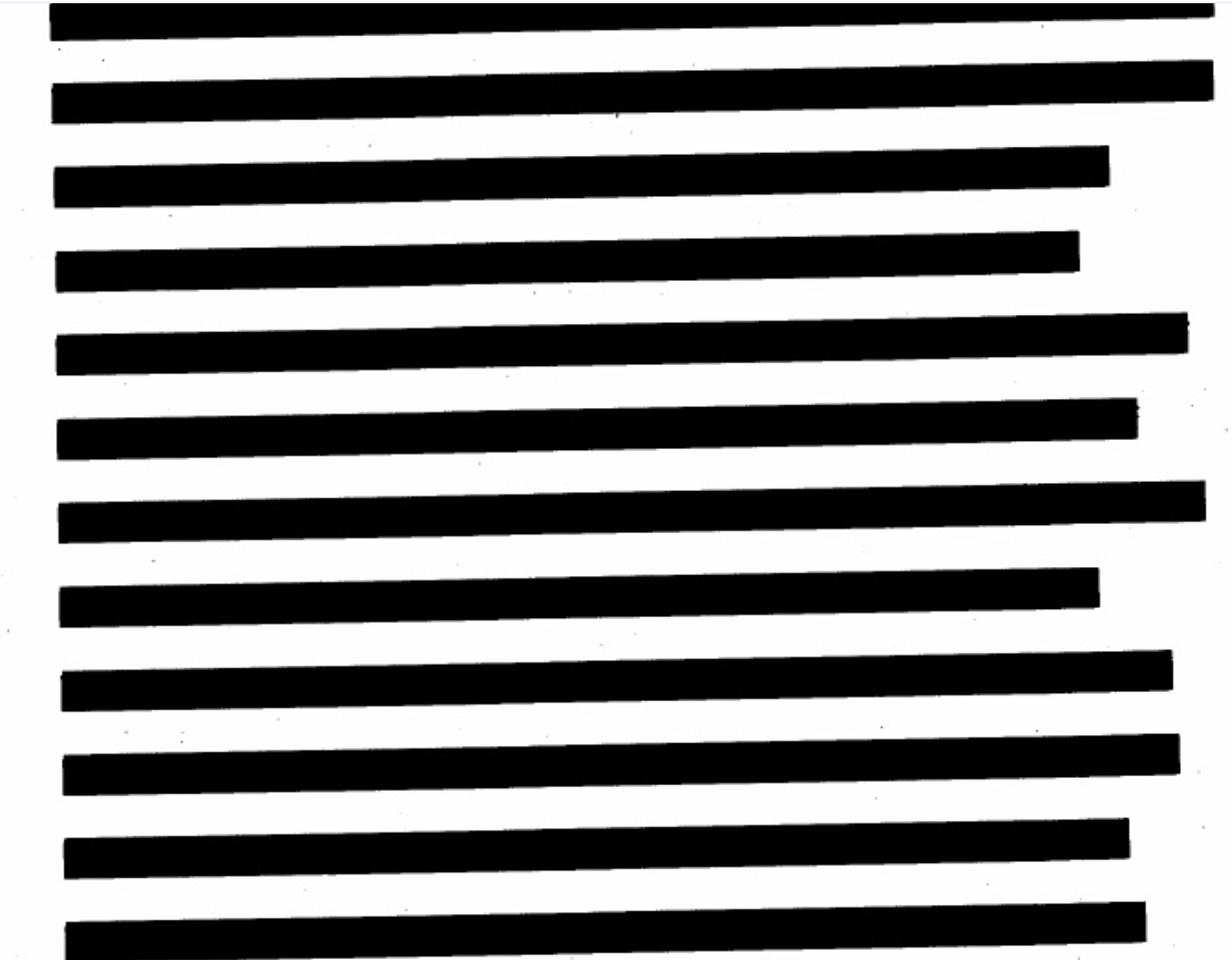 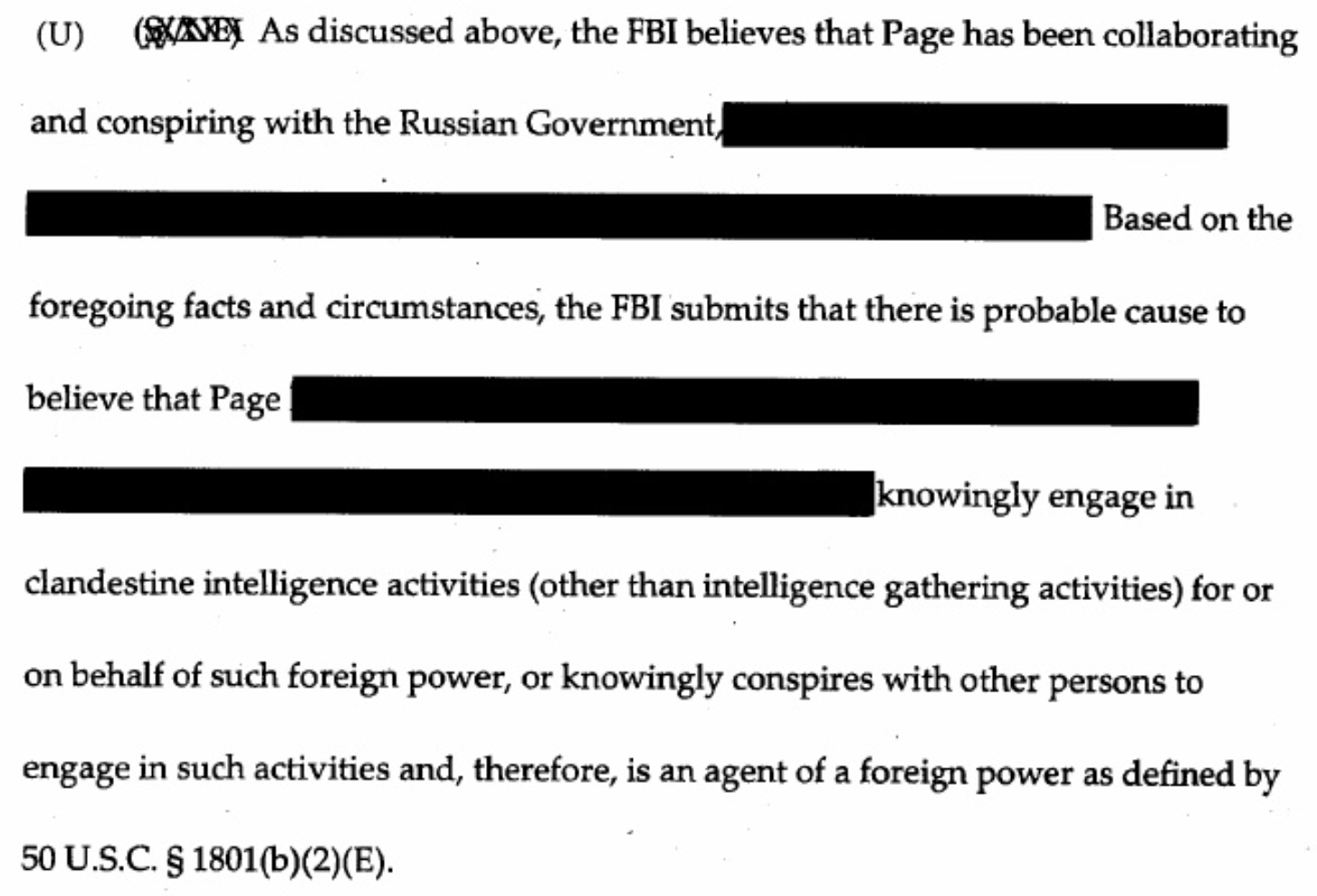 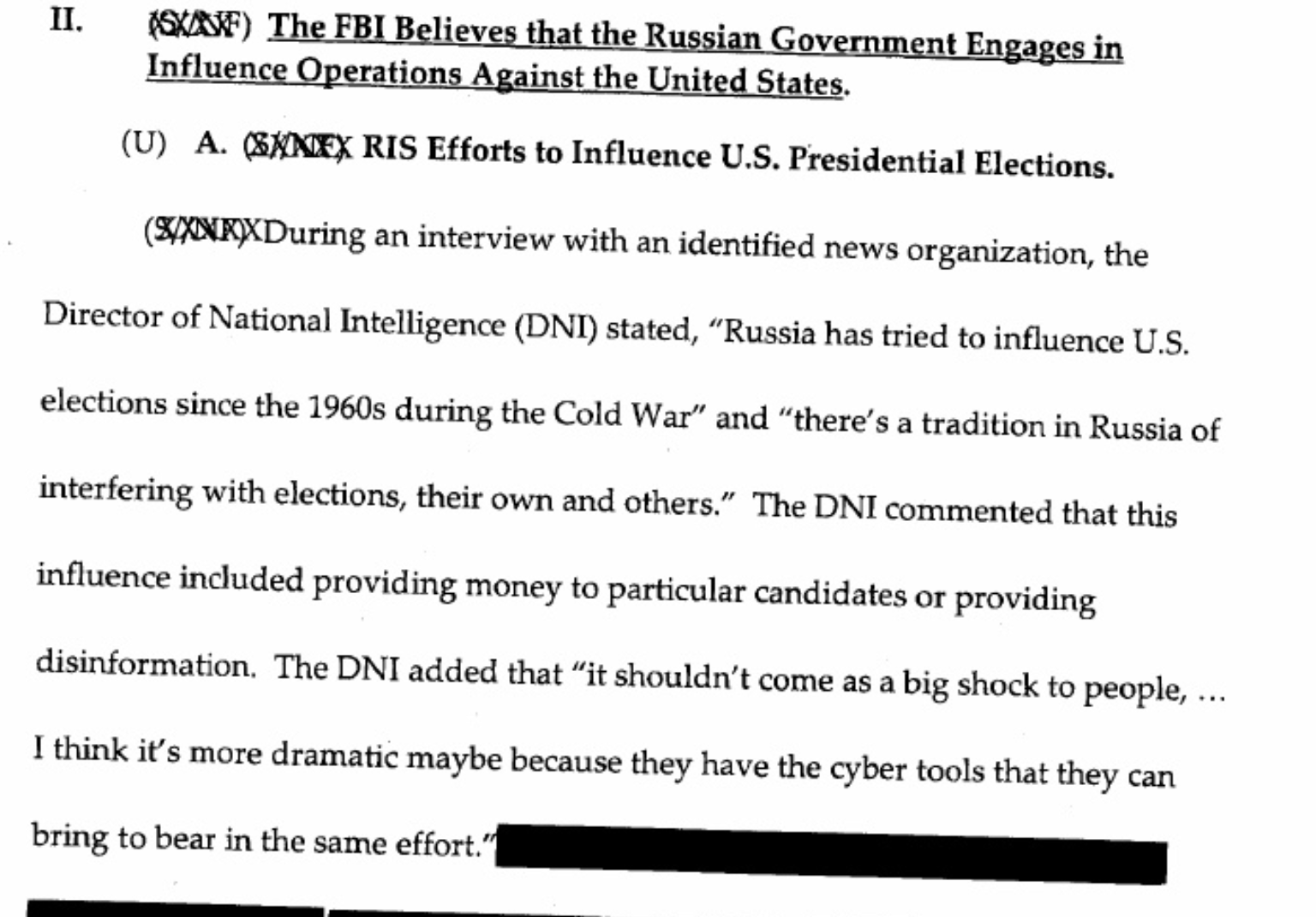 The entire document follows below.

Released to Public Fisa App by Jeffrey Dunetz on Scribd