Why I Carry a Loaded Gun Everyday 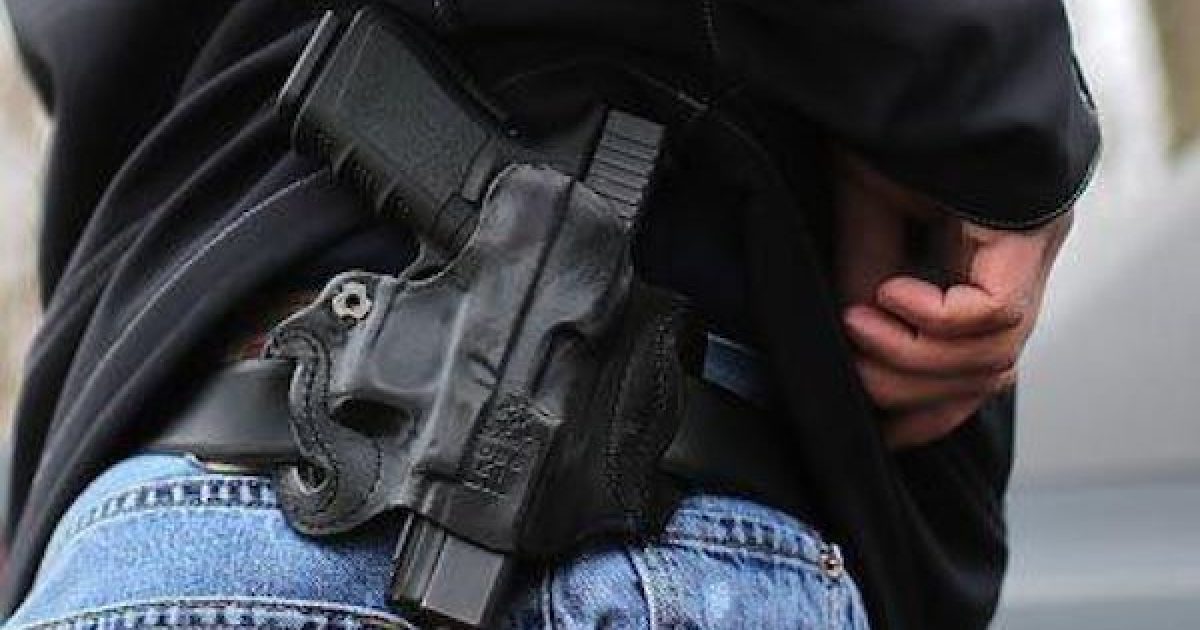 This piece is a response to Peggy Noonan of the Wall Street Journal, who recently wrote a piece titled, The Culture of Death – and Disdain.  Why do Americans own so many guns? Because they don’t trust the protected elites to protect them.

It’s a fantastically honest article written for the non-gun-owning liberals who read her pieces. To the liberal elites, gun ownership is scary and absolutely Neanderthal.

They fear the very sight of a gun, let alone the idea of owning one, having one in their home, or God forbid the idea of carrying it on their person day in and day out.

Those of us who bitterly cling to our guns and bibles as President Obama coined have become accustomed to the mocking disdain of the liberal anti-gun crowd. It no longer bothers us as we go about our day. We carry concealed so we don’t frighten the liberal behind us at the bagel shop or at the gas pump or at my kid’s little league game or at church.

We are fine knowing that others are not in agreement with what we do in regards to weapons and protection. We are also fine knowing that if the (stuff) actually ever went down, we would do our level best to protect everyone in our sphere of influence even at the expense of ourselves. To us, that is worth it.

It is worth reading an article titled, The Culture of Death, and finding out it is basically about Americans just like me.

In her article, Noonan asks:

This is a fantastic question. I am the first generation in my family to carry a weapon daily. My dad didn’t. My grandpa didn’t. No women I knew did either.

My grandpa had one Winchester Model 12 shotgun he passed down to my dad, and a beat up bolt action single shot 22 rifle he used to kill varmints on the farm.

We hunted pheasants some. We weren’t obsessed with hunting, but it was and still is fun. I go deer hunting once a year.

So back to Peggy’s question. Why then, do I have many more guns than my predecessors? Why do I actually carry one on my person for protection?

I think a lot of Americans have guns because they’re fearful—and for damn good reason. They fear a coming chaos, and know that when it happens it will be coming to a nation that no longer coheres. They think it’s all collapsing—our society, our culture, the baseline competence of our leadership class. They see the cultural infrastructure giving way—illegitimacy, abused children, neglect, racial tensions, kids on opioids staring at screens—and, unlike their cultural superiors, they understand the implications.

Nuts with nukes, terrorists bent on a mission. The grid will go down. One of our foes will hit us, suddenly and hard. In the end it could be hand to hand, door to door. I said some of this six years ago to a famously liberal journalist, who blinked in surprise. If that’s true, he said, they won’t have a chance! But they are Americans, I said. They won’t go down without a fight.

She nails it on the head with her answer to the starry-eyed liberal. They are Americans, they won’t go down without a fight.

That is exactly the reason Americans have so many guns and want more. With every shooting, the level of chaos around us escalates.

58 dead at a country music concert! Seriously? That was unheard of when I was a child in the seventies and eighties.

It doesn’t matter if he was a lone wolf or if it was coordinated. To the average gun loving American, it simply justifies the need for more guns. I could have been at that concert. I like country music. What if my son or daughter was there?

Follow me closely…I realize having a gun on your person wouldn’t have helped in that situation, but the level of uncertainty and fear that we are collapsing means only one thing to the strong Americans I know…we need more guns.

We know we will see the predictable liberal outrage and the misguided attempts to outlaw guns from those of us who mean no harm. Nancy Pelosi literally is pushing for increased background checks, when this last shooter passed them all legally and with flying colors.

The liberals are so out of touch on the gun issue it’s laughable.

Americans have so many guns because they know the water their children swim in hasn’t gotten cleaner since Columbine, but more polluted and lethal.

That’s right. Our world is getting scarier every day and the elites who would disarm us, just don’t get it. They seriously don’t understand what it’s like to live as a regular American. They don’t understand the level of fear that I have if I realize I left my firearm at home on my way to church. Church, for God’s sake!

I seriously consider turning around even though I live in one of the safest cities and states in America. I fear because I know the level of chaos has already reached a point that evil doesn’t care if I live in the safest city in the world and I am peacefully going to church.

I fear that the day the psycho walks in the back door of my church is the one day I left my weapon at home. I fear that I will watch my friends, my wife, my children literally be gunned down in front of me and I will have no weapon to return fire.

Those are real fears that the Leftist Liberal Elite don’t get. The most amazing police in the world, which we have, have a 7 minute response time. Do you know how many people can be gunned down in that amount of time? Too many.

I also know that carrying my small handgun may not be enough if the guy who walks in the back door of my church is carrying an AR, but it’s better than nothing. And I won’t go down without a fight, just like Noonan said in her piece.

The elites will never understand this feeling. The feeling that our protection is up to us and they are out to take it away.

The establishments and elites that create our political and entertainment culture have no idea how fragile it all is—how fragile it seems to people living normal, less privileged lives. That is because nothing is fragile for them. They’re barricaded behind the things the influential have, from good neighborhoods to security alarms, doormen and gates. They’re not dark in their imagining of the future because history has never been dark for them; it’s been sunshine, which they expect to continue. They sail on, oblivious to the legitimate anxieties of their countrymen who live near the edge.

Living on the edge brings the Second Amendment into a whole other realm. It literally becomes the only protection we have our right to protect ourselves. That is why those of us living in the chaos will fight so vehemently to keep it. It’s why we give money to the NRA. It’s why we keep buying guns.

My children will all grow up with a dad who carries a loaded gun.

What does that do to their view of the world? I don’t know, but I can’t go without carrying it because I love them too much to risk it. It is a dangerous world.

And when a liberal starts talking about taking away my ability to protect them whom I love, it infuriates me. It’s the same as if they are sending those I love into harm’s way absolutely naked. It’s like they(liberal politicians) are taking away the only thing standing between my loved ones and the stark, terrifying, evil of our world.

I know the liberals may never understand this way of thinking, and I don’t really care if they do, as long as they leave me and my rights alone.

I will gladly risk my life to save the liberal sitting next to me in church.

Dear liberal in the pew next to me, I will shake your hand and smile and you will never know I am carrying…until that fateful day when I am forced to draw that secret weapon in defense of family, friend and even you…otherwise, you will never know. May God bless you and yours.

And God bless America. The land of the free, the brave, and the heavily armed.

Crossposted with The Daily Surge