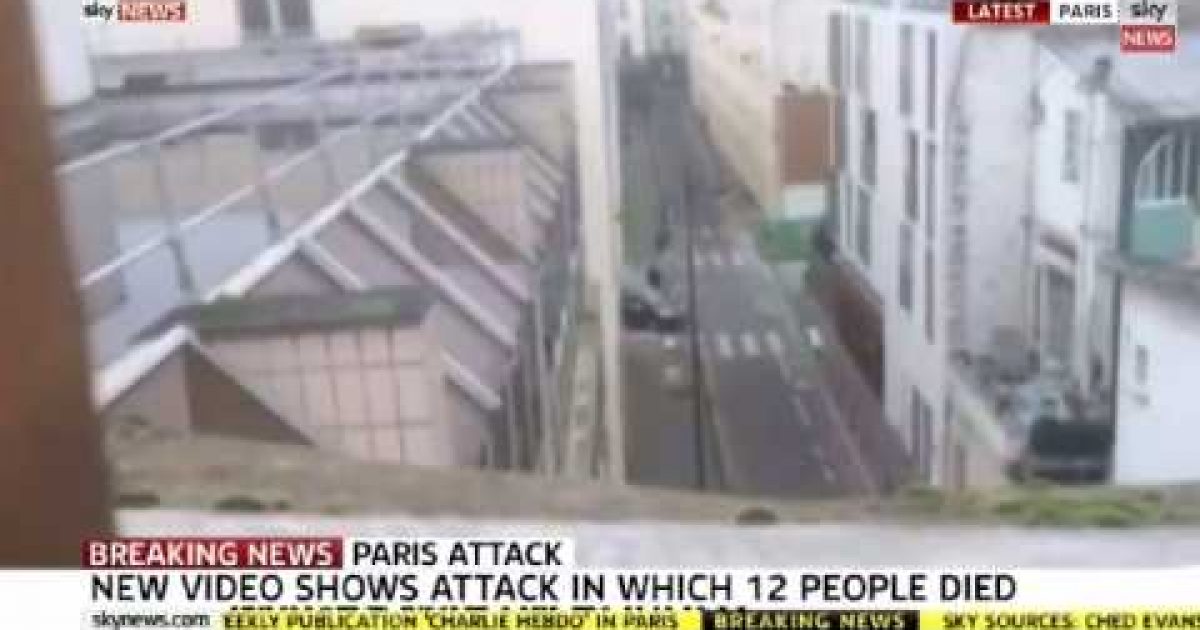 At least eleven people are dead after a terrorist attack at the office of French satirical magazine, Charlie Hebdo, known for publishing cartoons of the Prophet Mohammed and Islamist leaders. According to the UK Daily Mail, “Pierre de Cossette, a broadcast journalist with Europe1 News, said: ‘Several men in black cagoules were heard to shout “the Prophet has been avenged”. The terrorists are still at large and the entire country of France is on terror alert.

‘There was a loud gunfire and at least one explosion,’ said an eye witness. ‘When police arrived there was a mass shoot-out. The men got away by car, stealing a car.’

President Hollande was on the scene today, saying the worst terrorist atrocity in recent years this century was an unjustifiable attack on press freedom.

Florence Pouvil, a salesperson at Lunas France on Rue Nicolas Appert, opposite Charlie Hebdo offices, told MailOnline: ‘I saw two people with big guns, like Kalashnekovs outside our office and then we heard firing. We were very confused.There were two guys who came out of the building and shot everywhere. We hid on the floor, we were terrified.’

A police official, Luc Poignant, said he was aware of one journalist dead and several injured, including three police A picture posted on Twitter reportedly showing bullets in one of the windows of the Charlie Hebdo office

‘They came from the building opposite with big guns. It has a bunch of different companies inside. Some of our co-workers work there so we were frightened for them.They weren’t just firing inside the Charlie Hebdo offices. They were firing in the street too.

‘We feared for our lives so we hid under our desks so they wouldn’t see us. Both men were dressed in black from head to toe and their faces were covered so I didn’t see them. They were wearing military clothes, it wasn’t common clothing, like they were soldiers.’

A source close to the investigation said two men ‘armed with a Kalashnikov and a rocket-launcher’ stormed the building in central Paris and ‘fire was exchanged with security forces.’

There were reports that the gunmen were looking for people by name.

The Telegraph’s Henry Samuel reports the terrorists are still at large:

The attackers reportedly escaped in a black Citreon DS, wounding a policemen, then knocking over and wounding “several” pedestrians. They moved towards the 19th arrondissment before requisitioning another vehicle and leaving central Paris via the Porte de Pantin metro station.

Charlie Hebdo is a magazine that attacks every religion…kind of take no prisoners like South Park, however the Muslims takesoffense.