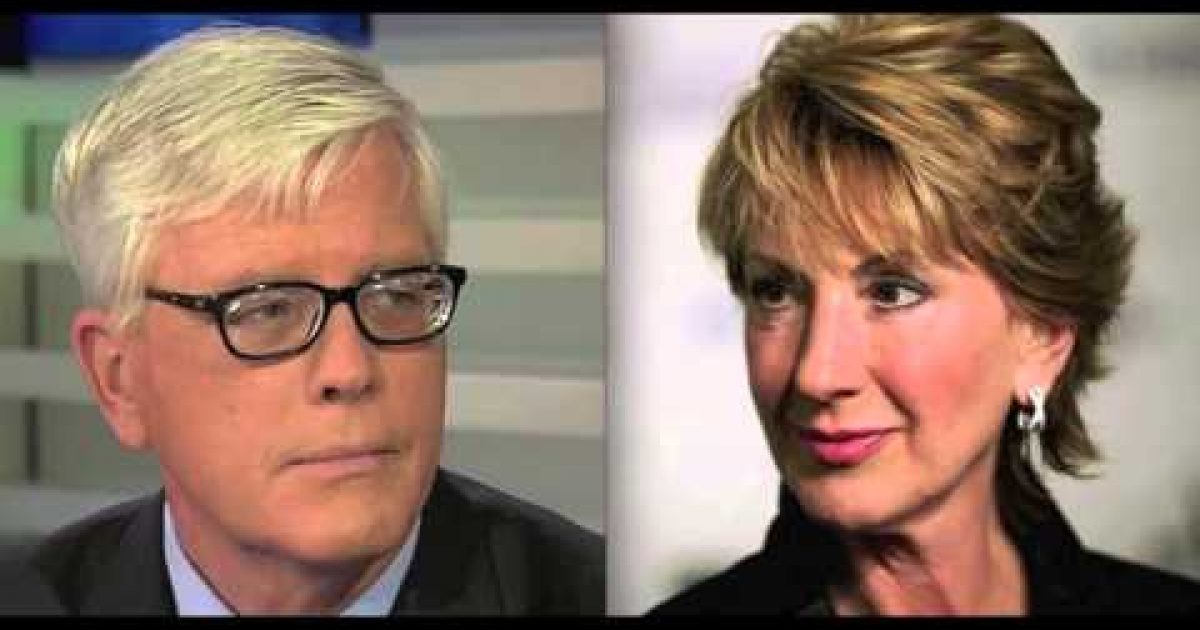 Carly Fiorina, if anything is very polite.  She was a guest on Wednesday evening’s Hugh Hewitt program when the host asked her about Donald Trump’s announcement the day before where he got personal in his criticism of just about everybody. The candidate for the GOP nomination called his speech “endlessly entertaining,” and throughout the segment on Trump she refused to stoop to his level with personal attacks as you can see by the transcript and video below:

Hewitt: Let me ask you about yesterday, the Donald. First of all, what did you make of Donald Trump’s announcement?

Fiorina: Well, I think it was classic Donald Trump. It was endlessly entertaining.

Hewitt: And what do you think of him as a candidate and someone who you may have to debate with?

Fiorina : You know, I think Donald Trump is tapping into the frustration of the American people with the professional political class. I also feel that frustration. 80-plus percent of the American people now believe we have a professional political class of both parties who are more focused on the preservation of their own position, title and privilege than doing work and solving problems. I think the question for people will be who has the experience and the temperament to actually go solve those problems.

Hewitt: He also said I’m really rich, and we laughed about that on Morning Joe, and I will talk, he’s a gift to talk radio, right? The Donald is going to be on with me Monday. He’s been on before. It doesn’t matter what question I ask him. He answers whatever question he wants to answer. But he said I’m really rich, and that gives me a freedom to run away from special interests. What do you make of that argument, because Mitt Romney could have made that argument and chose not to.

Fiorina : Well, obviously Donald is very rich. Good for him. I begrudge him none of his success. And I think it’s an argument that resonates with some people.

Fiorina : Well you know, I released two full years of tax returns. There’s more information out there. It’s down to the penny. There aren’t any estimates. It’s not, you know, a two page summary as Donald Trump laid out. And of course, I tell everyone my own story, which is that I started as a secretary, and my husband started as a tow truck driver. And together, we’ve been very fortunate. We’ve built a good life, because we had an education, because we had opportunity, because we had people who took a chance on us. I don’t think people in this nation, despite the liberal left’s attempt, I don’t think people in this nation begrudge someone their success if they have gained it in a worthy manner. I think they hope that everyone in this country will have opportunities and education, and someone to take a chance on them. I certainly hope that. It is why I’m running for president, because I think not enough people do have those opportunities.