They Were Heading To Venezuela 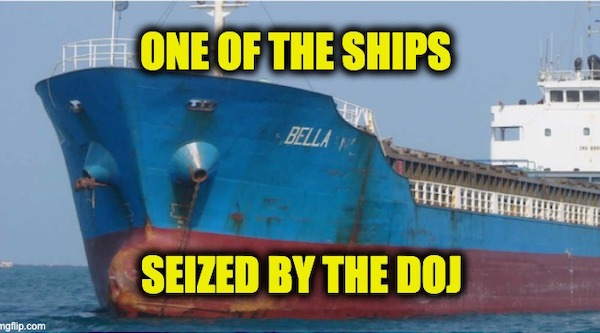 For the first time, the United States confiscated cargo in ships loaded with Iran fuel in violation of sanctions and it was the largest confiscation of its kind from anywhere. At the beginning of July, the DOJ sued to get permission to seize the four tankers of oil that Iran was sending to Venezuela. The court gave the DOJ the go-ahead and the US Centcom seized the ships on Aug. 12th.

The four vessels—Luna, Pandi, Bering and Bella—were seized at sea in recent days and are now en route to Houston, the officials said. Senior administration officials are expected to meet the tankers in the coming days at an event scheduled to mark the docking, the officials said. A spokesman for the Justice Department declined to comment.

This shipment was united two countries being sanctioned by America, Iran and Venezuela. The purpose of the seizure was to raise the pressure on each of the two rogue regimes.   The U.S. had been warning shipping companies that their sips were in danger if they kept dealing with the two countries. 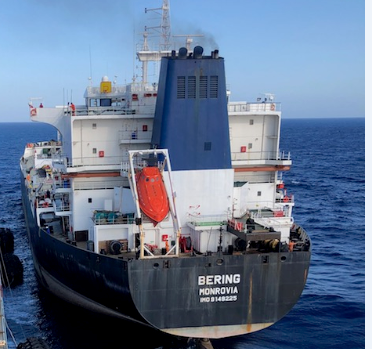 WASHINGTON – The Justice Department today announced the successful disruption of a multimillion-dollar fuel shipment by the Islamic Revolutionary Guard Corps (IRGC), a designated foreign terrorist organization, that was bound for Venezuela.  These actions represent the government’s largest-ever seizure of fuel shipments from Iran.

The government announced today that it has successfully executed the seizure order and confiscated the cargo from all four vessels, totaling approximately 1.116 million barrels of petroleum.  With the assistance of foreign partners, this seized property is now in U.S. custody.

After enforcement of the U.S. forfeiture order, Iran’s navy forcibly boarded an unrelated ship in an apparent attempt to recover the seized petroleum but was unsuccessful.  U.S. Central Command published a video of the failed Iranian operation yesterday.

Funds successfully forfeited with a connection to a state sponsor of terrorism may in whole or in part be directed to the United States Victims of State Sponsored Terrorism Fund (http://www.usvsst.com/) after the conclusion of the case.