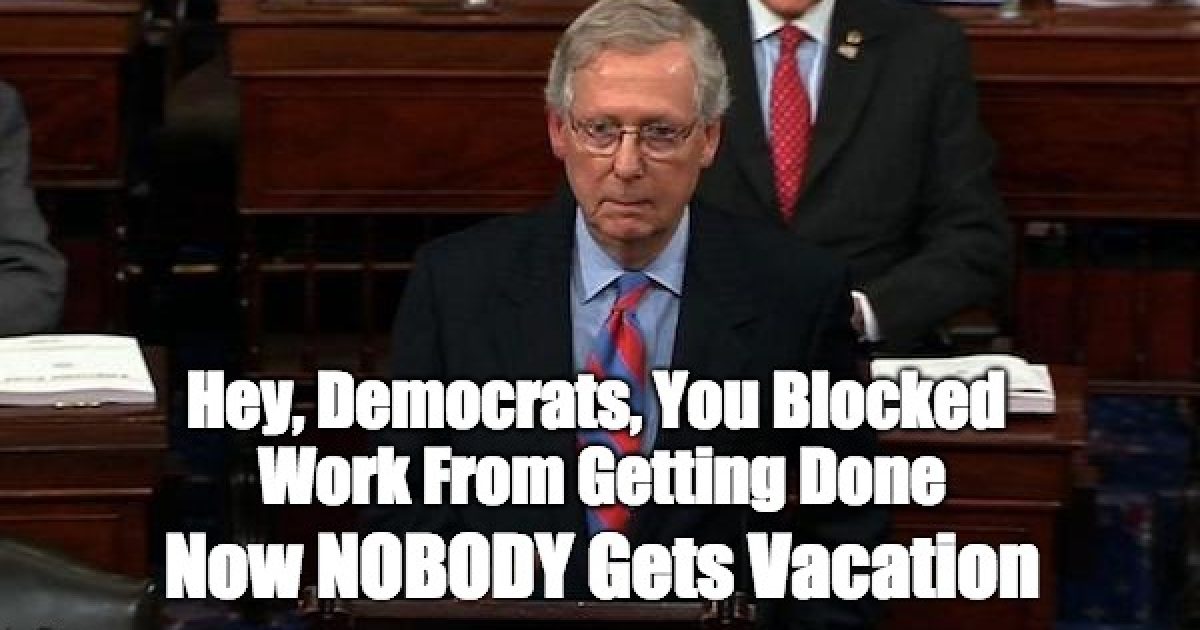 WOW! Senate Majority Leader Mitch McConnell has grown a backbone. The Senate usually gets the month of August off, but thanks to Democratic Party obstruction, McConnel canceled the August recess. Maybe Senate Minority Leader Chuck Schumer had no place to go for the August recess and that’s why he made sure nothing got done so McConnell would cancel recess and Schumer could hang with his Senate buddies.

“Due to the historic obstruction by Senate Democrats of the president’s nominees, and the goal of passing appropriations bills prior to the end of the fiscal year, the August recess has been canceled. Senators should expect to remain in session in August to pass legislation, including appropriations bills, and to make additional progress on the president’s nominees.”

Apparently, McConnell’s decision upset the Democrats, many of whom are up for re-election and would rather be home campaigning, but they probably should have thought of that before they followed Chuck Schumer off the cliff and slowed down everything President Trump tried to do especially in the area of confirming nominees. 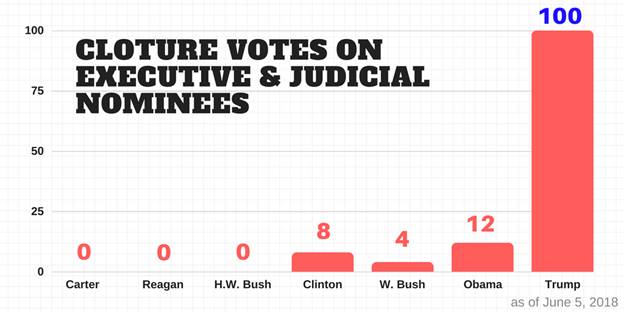 Beyond the nominees, the Senate faces crucial deadlines, not the least of which is that Congress and the president must come to terms with the next round of spending before Sept. 30.

Schumer on cancellation of August recess, referring to Trump: “We assume he’ll be in Washington working right along side of us. Given the urgency…..we presume he won’t be jetting off to Bedminster or Mar a Lago.”

Hey Chuck, if you didn’t slow walk every nominee, requiring 30-hours of Senate floor debate for every nominee (even the non-controversial ones who were eventually approved by a voice vote) things wouldn’t be so urgent.

Come on Senator, just once—can’t you care more about the United States of America, than pushing your Democratic Party agenda? JUST ONCE!!