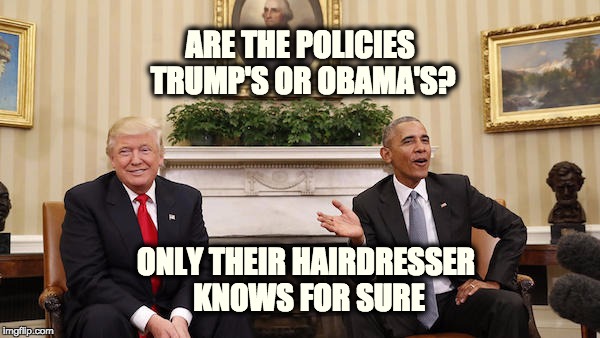 Oh boy the snowflakes are not going to be happy. They don’t like to be confused, it makes them think. College used to be about learning to think and ask questions, but sadly today it’s about learning to conform with progressive politics. On the front line of exposing the truth about today’s colleges is Campus Reform…and they just did it again did it again.

The brilliant folks at Campus Reform did just that this past week, wandering down to the campus of George Mason University to speak with students about the first 100 days of the Trump era. In an effort to understand whether students really did disagree with Trump’s policies, or if they were simply opposed to the man himself, Campus Reform added a twist on their interviews with the students. Instead of simply asking the students how they thought Trump was doing, they listed out the specific policies and asked what students thought of those. However, what Campus Reform didn’t tell the students was that the policies they were asking about were actually Obama policies during HIS first 100 days, and not Trump’s at all.

Not surprisingly Campus Reform found was that the students HATED Obama’s policies… when they thought that they were Trump’s policies. So I guess the answer is they were against the man himself.

We quickly discovered that the students we spoke with were quick to voice their displeasure with the “accomplishments” we told them about, no matter how liberal they really were.

When disguised as something Donald Trump did, for instance, what did students think of President Obama’s “Apology Tour?”

Why, that’s “dangerous” and “overstepping his bounds,” they cried.

What about Obama’s stimulus package?

When credited to Trump, they found the idea reminiscent of Nazi Germany.

Sadly this does not make one feel good about the future of our country.

Part of this post was originally seen at Constitution.com