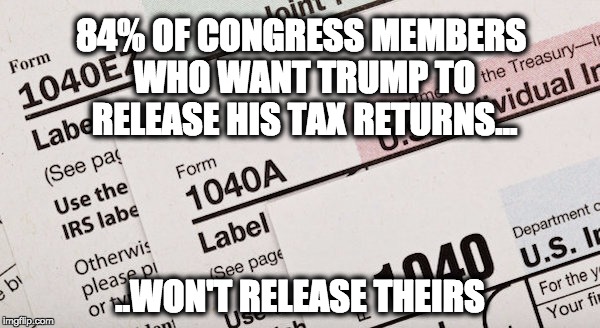 Democrats and Republicans alike have called for President Trump to release his tax returns. Members of Congress,  Roll Call reporters Stephanie Akin and Sean McMinn set out find out how many members of Congress will release their own tax returns? The answer is approximately—- not a heck of a lot  But here’s the really obnoxious part. The same reporters asked members of congress whether they thought President Trump should release his tax returns, 238 of them said yes. Out of those 238–> 199 of them (84%) refused to release theirs or ignored Roll Call’s requests to release and two follow-ups.

Roll Call sent a request to all of the nation’s senators and representatives — more than 500 in all — to release their tax returns. Only 37 responded, and of those, six provided the documents.

The written requests were sent at least three times over a period of several weeks, starting in April, to each lawmaker and key staff members.

Roll Call sought returns from the 2015 and 2016 tax years to accommodate members who have asked for extensions.

Roll Call reviewed public documents and media reports to determine lawmakers’ positions on the release of Trump’s tax returns. At least 238 lawmakers have called on the president to produce his returns. 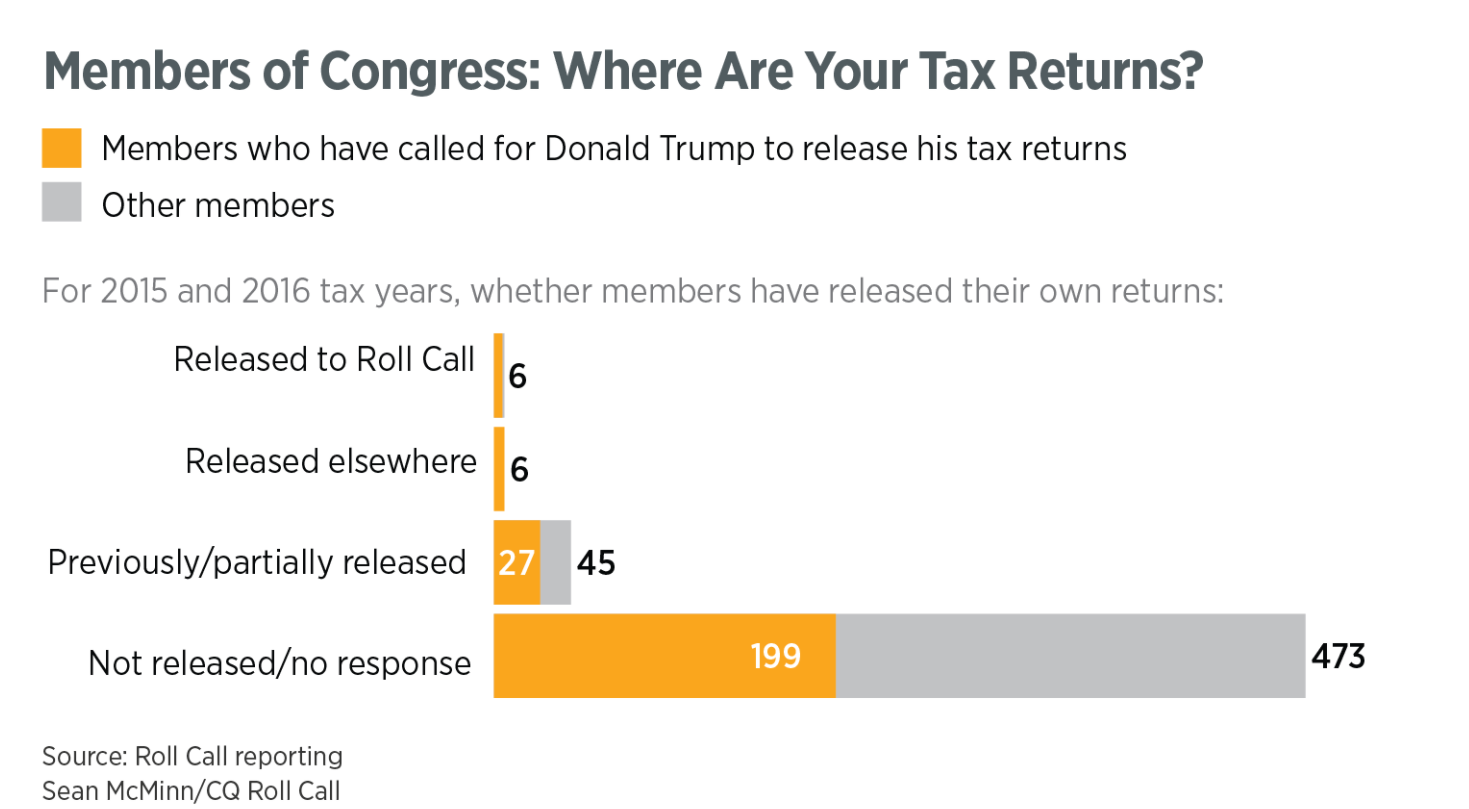 My congressman Democrat Tom Suozzi, hasn’t called for Trump to release his tax returns but hasn’t released his either….what about yours?

Watch this video and ask your Senators and Congressmen to put up-or SHUT UP! And then hit the link under the video to see whether your Representative or Senator submitted their return, and/or called for President Trump to release his.