California On Potential Mass Shooters: If You See Something DON’T Say Something 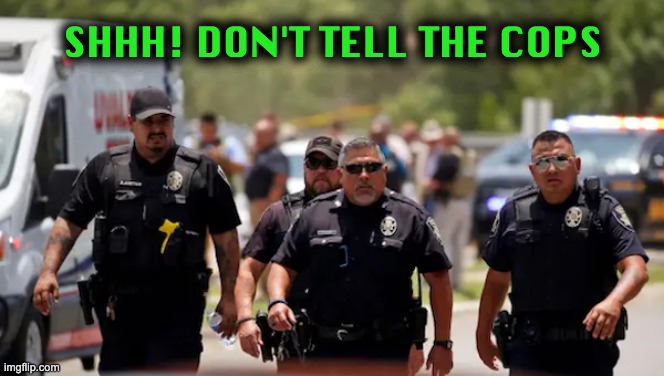 The California Senate had passed a bill that would push schools not to report to police when students had been violent or threatened or displayed violent tendencies.

That’s right, in this era when young men are committing mass murders, California wants to prevent officials from learning about students who may be violent and dangerous.

Per the FBI, “55% of school shooters had made threats or had a confrontation with their target. This could mean a teacher or their peers.”

For example, the Uvalde gunman threatened peers (primarily females) online before the shooting.

This means teachers and other kids should be encouraged to tell the police about threats and violence or other acts portending violence (such as killing animals, as a way of preventing mass shootings, Something akin to the see something say something effort about terrorism.

One state that would not participate in such an effort is the People’s Republic of California.

The California Senate had passed a bill that would allow left-wing schools to avoid reporting to police when students had been violent or threatened schools.

That’s right, in this era when young men are committing mass murders, California wants to prevent officials from learning about students who may be violent and dangerous.

The bill repeals a provision of existing law that requires that “whenever an employee of a school district or county superintendent of schools is attacked, assaulted, or physically threatened by any pupil, the employee and any person under whose direction or supervision the employee is employed who has knowledge of the incident is required to promptly report the incident to specified law enforcement authorities.” SB 1273 would make such reports to law enforcement voluntary.

That law goes out the window:

Democrats are pushing for gun control rather than increased law enforcement at schools, saying the latter removes political pressure for restrictions on firearms and causes harm to minority students. On Tuesday, as part of that pressure campaign, students at some schools in Los Angeles staged walkouts to protest gun violence.

Of course, you know why the Democrats in California want to disagree with this. They think schools and cops are all racists who pick on black kids.

So, to serve their “everyone is racist” agenda, they are more than willing to put everyone in danger by demanding silence.

Parts of this post were first seen at iPatiot