Is California Becoming A Sanctuary State For Planned Parenthood To Sell Baby Parts? 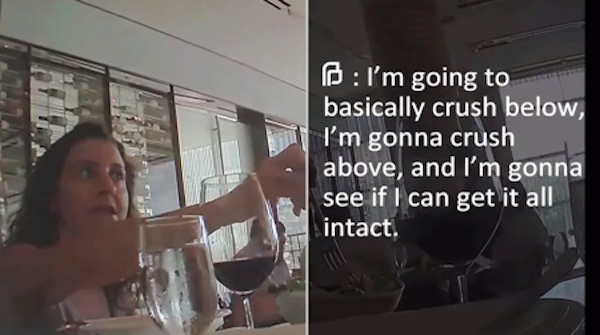 According to Federal Statute 42 U.S. Code § 289g–2 it is against the law to sell human fetal tissue. The Center for Medical Progress (CMP) exposed that abortion-mill Planned Parenthood was selling the parts of recently aborted babies. But in California, exposing illegal activities by Planned Parenthood is a crime.

The California Attorney General’s office delivered an indictment for 15 felonies against the two pro-life reporters who made the undercover videos exposing Planned Parenthood sales of the parts of recently aborted babies. The two. David Daleiden and Sandra Merritt are members of the pro-life CMP.

The issue of Planned Parenthood’s sale of baby parts for profit became a major issue this past summer when the pro-life CMP released a series of videos revealing executives of  Planned Parenthood, the country’s largest abortion mill discussing and negotiating with prospective buyers (who were really Daleiden and/or Merritt ). Ever since, pro-abortion advocates have been defending Planned Parenthood with claims that the videos were edited.

The California action is simply meant to discourage people from investigating Planned Parenthood.

Prosecutors said they invaded the privacy of medical providers by filming without consent.

Daleiden and Merritt allegedly filmed 14 people without permission between October 2013 and July 2015 in Los Angeles, San Francisco and El Dorado counties. One felony count was filed for each person and the 15th was for criminal conspiracy to invade privacy.

Daleiden called the charges “bogus” and that they were coming from “Planned Parenthood’s political cronies.”

“The public knows the real criminals are Planned Parenthood and their business partners,” Daleiden said.

Last April California Senator who was then Attorney General,  Kamala Harris, who is presently the state’s Attorney General, ordered a raid of the home of CMP founder David Daleiden and seized videos that hadn’t yet been published. Xavier Becerra was a pro-abortion member of Congress until Harris won the Senate seat in 2016. Governor Jerry Moonbeam Brown appointed him to replace Harris in Dec. 2016.

Neither  David Daleiden nor Sandra Merritt broke the law, liberal California is doing its best to protect Planned Parenthood from its lawbreaking.

“will not tolerate the criminal recording of confidential conversations. The right to privacy is a cornerstone of California’s Constitution, and a right that is foundational in a free democratic society,”

But I suppose that Becerra believes that breaking federal law by selling pieces of babies ripped from their mothers is just hunky dory. Perhaps California wants to declare itself a sanctuary state for selling dead baby parts.

And what of the first amendment and freedom of the press, I suppose that is no “big deal” in California either.