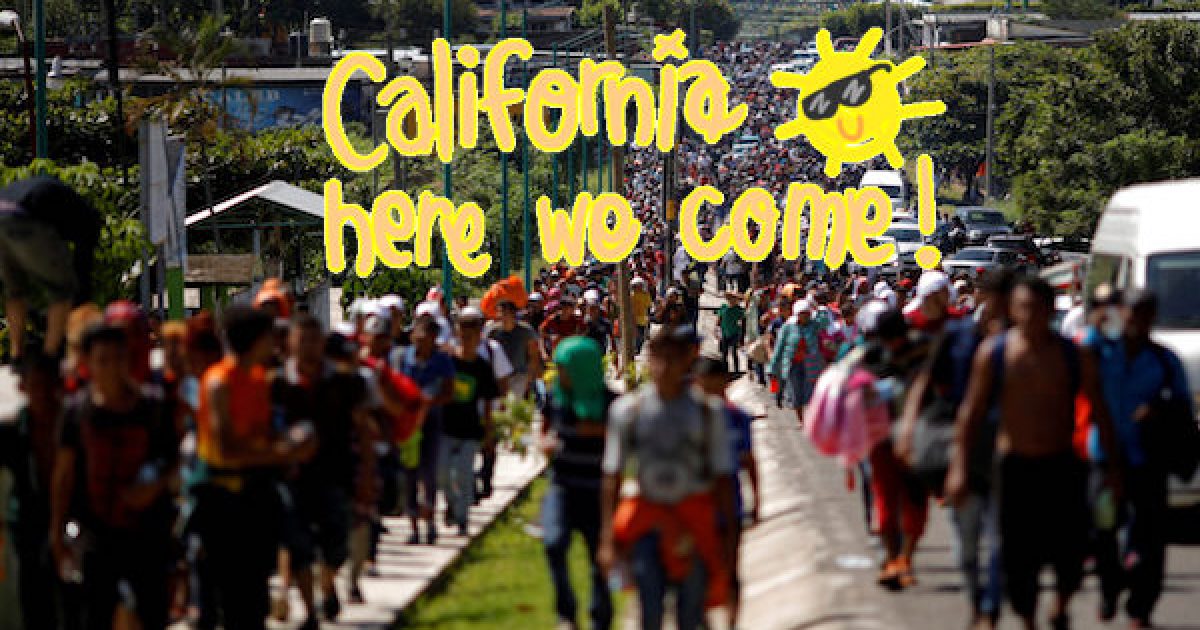 California is proof that everything the liberals run turns into sh*t. Liberals have allowed the once great state to devolve into the worst dystopian mess in the nation.

According to a new report from Governing Magazine, California has many more foreigners moving in to settle there than any other state in the union. But the state’s native-born population is getting out of town. According to the Sacramento Bee, the trend is most evident among lower-income families who leave California for less expensive states. Compounding the problem is federal estimates show California’s poverty rate is the highest in the nation,

The southern half of the state is the worst:

Altogether, about 27 percent of the state’s adult population hails from overseas.

In Sacramento County, 48.3 percent of adult residents were born in California and 27.1 percent were born in a foreign country.

Isn’t it clear why this is true? Remember, this is the state that has been unreeling one far left idea after another, legislating themselves the perfect left-wing utopia. They’ve mandated an end to fossil fuels, made everything “free” for illegals, ceased cooperating with federal authorities to enforce America’s laws, and any other manner of radical idea. And yet, we see the liberal utopia leads the nation in poverty. These progressive policies lead to high taxes and a higher cost of living, motivating the families who are just hanging on to move.

On the other hand, because of its liberal bent, California gives huge freebies and access to taxpayer-funded social programs to both legal and illegal immigrants. Obviously, it lures foreigners and causes tax increases.

Yep. No wonder more foreigners are moving in, and American-born people are moving out.

Note: Governing Mag.does not indicate how many (if any) Illegal aliens are included in the foreign-born numbers. If they are not included, then the foreign-born population is much higher than their present estimates.