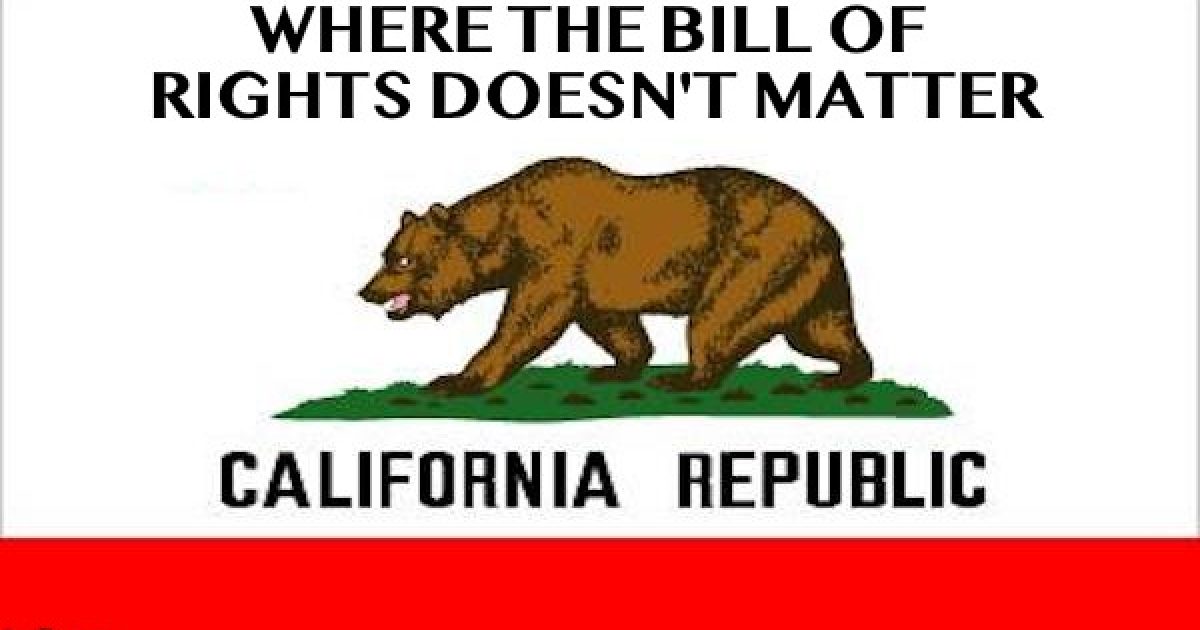 Let us with caution indulge the supposition that morality can be maintained without religion. Whatever may be conceded to the influence of refined education on minds of peculiar structure, reason and experience both forbid us to expect that national morality can prevail in exclusion of religious principle. George Washinton’s Farewell Address, 1796

Liberals love to talk about what they claim is the First Amendment and the separation of church and state. The first amendment was never meant to stop religion from influencing government. The founding fathers wanted to ensure that the government wouldn’t have undue influence/pressure on religion.

The Office for Civil Rights at the Department of Health and Human Services has slapped down a California law that forced religious-based pregnancy crisis centers to advertise for abortion clinics. The HHS ruling said the leftist State of California was violating the religious freedom and freedom of speech of the pregnancy centers.

At issue is the 2015 law that leftist California passed that forced pregnancy resource centers to tell clients about abortion mills as part of their advice to pregnant mothers. Pregnancy resource centers are often religious-based groups that try to counsel women to give birth and offer services such as adoption agencies if the woman is adamant about not wanting to keep the baby. Being religious they usually try to prevent abortions.

But in 2015, the State of California passed its Reproductive Freedom, Accountability, Comprehensive Care, and Transparency Act which forced these religious-based pregnancy resource centers to also inform all clients about the option of abortion as well as tell clients where the closest abortionist is located.

According to the Washington Examiner, HHS has:

…announced that it found California violated the federal conscience protection laws. This is the first time since the launch of the new Conscience and Religious Freedom Division one year ago that OCR has found a violation under these laws.

Indeed, as the paper noted, the U.S. Supreme Court already ruled that California’s law is unconstitutional.

If this sounds at all familiar, it’s because the Supreme Court already addressed this in its infamous case this last summer, National Institute of Family and Life Advocates v. Becerra and ruled the FACT Act violated the First Amendment free speech rights of pregnancy resource centers. In one of Justice Anthony Kennedy’s finer concurring opinions, he stated that “viewpoint discrimination is inherent in the design and structure of [the] Act” and is a “matter of serious constitutional concern.”

But, like the good leftists that they are, California has ignored the law and kept right on violating their citizens’ rights.

Supporters are thrilled with the new HHS ruling, though:

In a statement, Roger Severino, director of OCR, stated, “We are pleased that the Supreme Court blocked California’s blatant discrimination against non-profits that give life-affirming options to women facing unplanned pregnancies. Our violation finding underscores not only that California must follow the Constitution, but that it also must respect federal conscience protection laws when it accepts federal funds.”

This all means that the HHS has warned California that federal funds could be cut off to any organization or agency in California that continues to violate the religious freedom of those who run California’s pregnancy resource centers.

This is a significant precedent.

The importance of the Bill of Rights is a list of limits on government power. It is designed to keep the government off our backs by setting lines over which the government cannot pass.  This is a reason why the California law unduly restricting religious freedom is so dangerous, it infringes on the fundamental right officially approved by the States 227 years ago.

Parts of this post were initially seen at Godfather Politics.