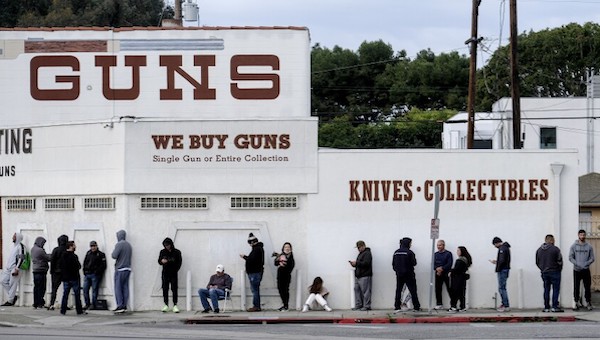 A three-judge panel of the notorious 9th Circuit Court of Appeals ruled 2-1 that the California ban on the sale of firearms to 18-20-year-olds is unconstitutional. While the hunting license restriction on the sales was left in place, the ruling may restore to young adults the right to purchase a firearm unless the ruling is appealed to the full court – which is likely.

“It’s one thing to say that young adults must take a course and purchase a hunting license before obtaining certain firearms. But to say that they must become police officers or join the military? … It is a blanket ban for everyone except police officers and servicemembers… America would not exist without the heroism of the young adults who fought and died in our revolutionary army. Today we reaffirm that our Constitution still protects the right that enabled their sacrifice: the right of young adults to keep and bear arms.”

The lawsuit against the California ban was brought by the Firearms Policy Coalition, which is hopeful that age-based gun bans will be overturned soon in other courts, including Florida. It’s a travesty that emotional arguments from shootings by criminals drive these unconstitutional laws. The age-based gun bans have been a particularly egregious sticking point since many young adults were totally banned from purchasing firearms, even for hunting.  Even other political figures have pushed such bans, including President Trump.

A three-judge panel threw out California’s ban on selling ammunition to young adults two years ago. It was reversed 7-4 by the full court upon review. One of the gun control judges bizarrely claimed that the bans did not cause a “severe burden” on the 2nd amendment because young adults “can get a gun from their relatives.” California gun-grabbers continually call their draconian regulations “common-sense gun laws.” There is nothing “common sense” about them.

The 2nd amendment was not written for hunters or family members who want to go shooting at targets on a sunny day. It was written to give citizens a fighting chance against a government gone rogue that seeks to destroy the freedoms we hold dear. Because liberals are creatures of habit, they are fearful of that right and are feverishly working to destroy it. Will they be able to do it? That is up to you, the American citizens who value the Constitution.