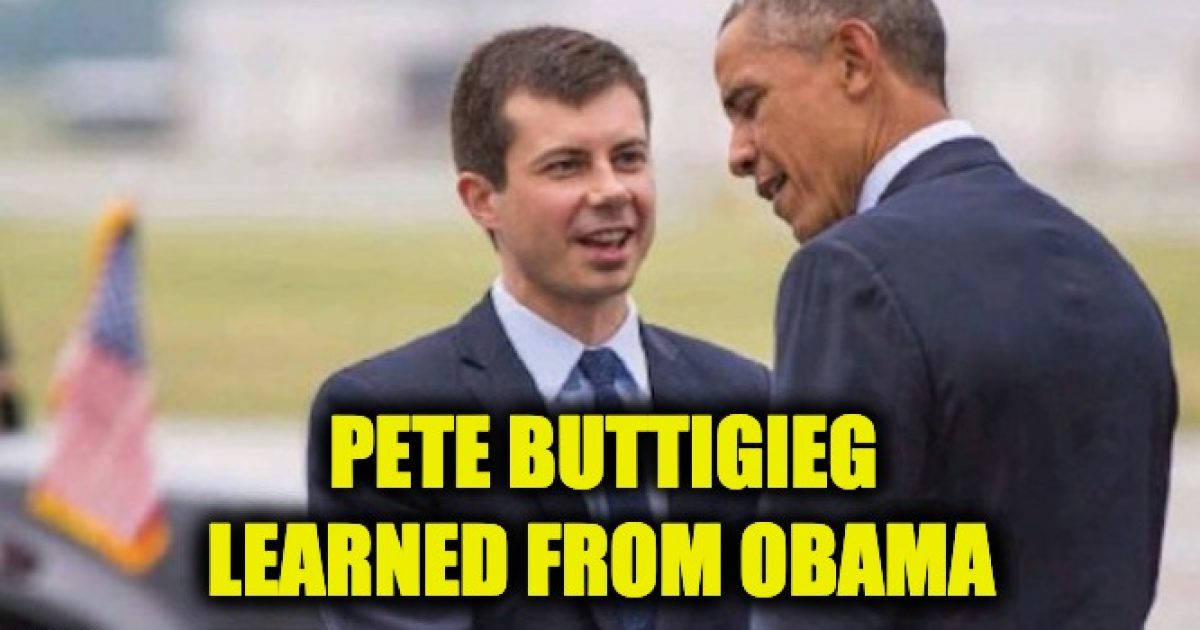 Democratic presidential candidate Pete Buttigieg, the Mayor of South Bend, Indiana, took a jab at President Trump and the United States on Monday, saying America’s past “was never as great as advertised.”

“So many of the solutions, I believe, are gonna come from our communities. Communities like the one where I grew up, which is an industrial mid-western city, That is exactly the kind of place that our current president targeted with a message saying that we could find greatness by just stopping the clock and turning it back and making America great again. That past that he is promising to return us to was never as great as advertised, especially for marginalized Americans… and there’s no going back anyway,”

The Twitterverse was not pleased with the Mayor’s diss of the greatest country in the world:

Democrats don’t really like free people. They want us enslaved to government, so our founding docs must be very offensive to them. Kind of like garlic to a vampire.

Whoa hold up there mister.
I think the Gov of NY has that statement copyrighted.@MicAnn66

He won’t like Judge Judy when she is angry:

But the late great Margaret Thatcher spoke to Bernie:

The guy above reminds me of former California Gov. Jerry Brown (also known as Governor Moonbeam).

Quick – tell everyone in Central America that…

Maybe we can send Mayor Buttigieg to campaign in Guatemala.

Pete Buttigieg has the same attitude toward this country as Barack Obama, he says he loves America but wants to change everything that made it great and if elected he would be as much of a disaster as Barack Obama. Thankfully he has little chance of winning the nomination and if he does win he will be destroyed in the general election by President Trump.