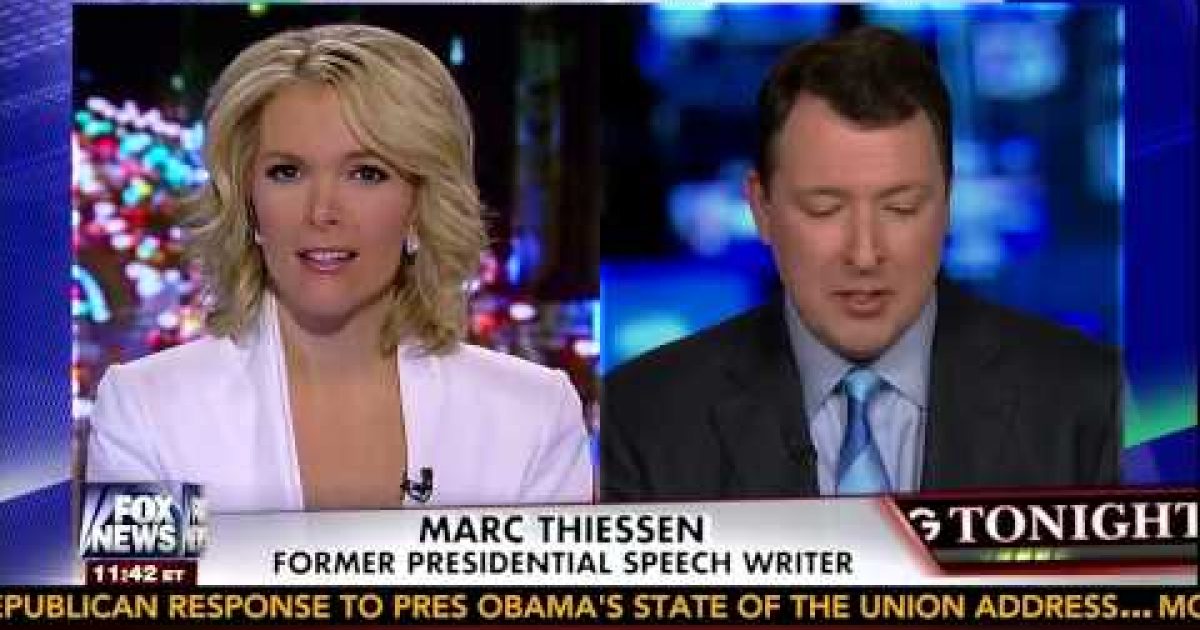 Has President Obama gone from blaming Bush to stealing from Bush? That is what former Bush speechwriter Mark Thiessen claims. On the post State of the Union version of The Kelly Files on Fox News channel, Host Megyn Kelly interviewed Thiessen about why some lines in the 2014 SOTU sounded familiar.

Thiessen said later that the reason he remembered it so well was the 2007 Bush speech was the first State of the Union address which he served as the lead writer.