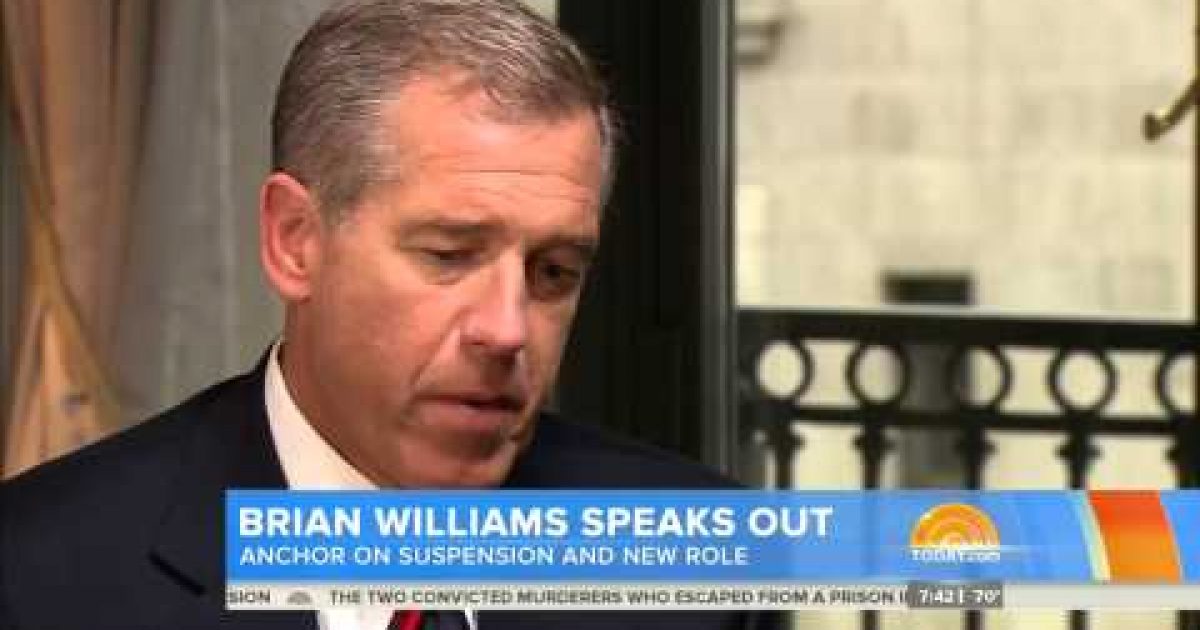 I approached today’s Matt Lauer interview with Brian Williams with hopefulness. As a journalist and commentator it was really important that he admits his error and explain why he did it so the public (and I) could move on. Admittedly as a TV news junkie I was rooting for him to do it right and finally become the honest newsman that frankly he never was.

Sadly Brian Williams failed, even in his fifth month of suspension he still doesn’t get it. His answers seemed scripted as if a PR guy wrote them, they were emotionless with no honesty behind them. The viewer was left feeling that the former NBC News anchor never really owned up to the fact that he lied.

Over and over Williams says he told stories that were wrong most of the time he avoided the fact that they were lies. For a reporter there is a huge difference between wrong and false. Everyone has gotten stories wrong, either by using the wrong sources (or not enough sources), or perhaps misinterpreting data. Getting a story wrong is unintentional. Williams told lies, intentionally related stories that he knew were untrue. During the entire interview he did not “own up.”

In fact, when Matt Lauer asked if when he was telling the “stories” did he know they were untrue, Williams again avoided honesty, admitting he told stories that weren’t true (one of only two times he says it in the interview) but saying in was unintentional.

No. It came from a bad place. It came from a sloppy choice of words. I told stories that were not true over the years, looking back. It is very clear. I never intended to. It got mixed up. It got turned around in my mind.

Lauer challenged the answer saying that people will hear what he just said and say it sounds like his initial non-apologies given when the scandal first broke. Again Williams avoided the truth:

I see why people would say that. I understand it. This came from clearly a bad place, a bad urge inside me. This was clearly ego-driven. The desire to better my role in a story I was already in. That’s what I have been tearing apart and unpacking and analyzing.

Lauer’s last question gave Williams to “own up” to the other false stories (besides the helicopter one that got him suspended), again Williams seemed to dance around the truth.

I would like to take this opportunity to say that what has happened in the past has been identified and torn apart by me and has been fixed, has been dealt with. Going forward, there are going to be different rules of the road. I know why people feel the way they do. I get this. I’m responsible for this. I am very sorry what happened here. I am different as a result. I expect to be held to a different standard

Williams is correct on one thing, he expects to be held to a different standard. Other people would be expected to admit that they lied, would have to speak from the heart, but Brian Williams is allowed to continue with packaged answers without showing true remorse. As the old saying goes, you cant bullshit a bullshitter. Perhaps he is perfect for his new role at MSNBC, they never get it right either.

Watch the video below and see if you agree: