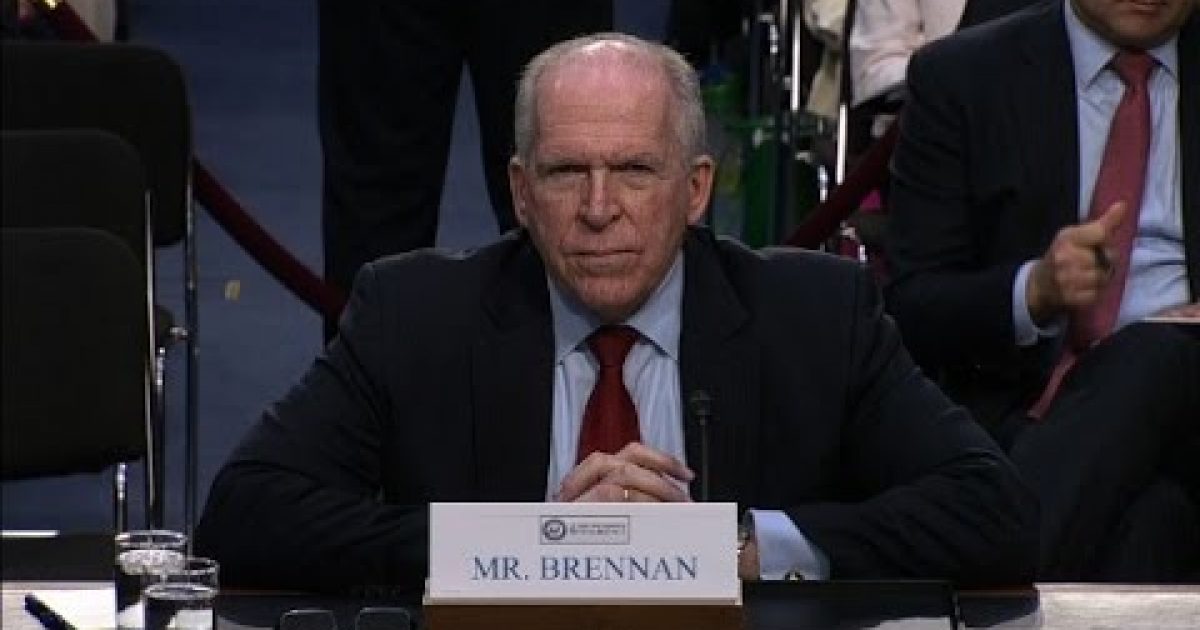 In the wake of the Orlando terrorist attack, President Obama spoke to a grieving nation on Monday painting a rosy picture of our fight against ISIL – before going on a rant against using the term “radical Islamic terrorism.” But, on Thursday, CIA Director John Brennan testified before the Senate Intelligence Committee and painted a much more frightening picture of America’s war on radical Islamic terrorists (sorry Obama, I meant to say) ISIL, stating that, while we have damaged them financially and in some theaters, “Unfortunately, despite all our progress against ISIL on the battlefield and in the financial realm, our efforts have not reduced the group’s terrorism capability and global reach.”

Based on what Director Brennan said on Thursday, Obama less than truthful on Monday when addressed the nation on Monday:

ISIL’s ranks are shrinking as well.  Their morale is sinking.  As one defender — as one defector said, ISIL “is not bringing Islam to the world, and people need to know that.”  Thanks to international efforts, the flow of foreign fighters — including from America to Syria and Iraq — has plummeted.  In fact, our intelligence community now assesses that the ranks of ISIL fighters has been reduced to the lowest levels in more than two and half years.

Rather than share with America the full story of the status of our fight against  organizations, (sorry I meant to say)  organizations with absolutely no connection to Islam, never even heard of Allah or Mohammed, and have never even seen a crescent moon, the POTUS spent the final 1,300 words of his 3,000-word speech admonishing those who want him to use the term, “radical Islam.”

So there’s no magic to the phrase “radical Islam.”  It’s a political talking point; it’s not a strategy.  And the reason I am careful about how I describe this threat has nothing to do with political correctness and everything to do with actually defeating extremism.  Groups like ISIL and al Qaeda want to make this war a war between Islam and America, or between Islam and the West.  They want to claim that they are the true leaders of over a billion Muslims around the world who reject their crazy notions.  They want us to validate them by implying that they speak for those billion-plus people; that they speak for Islam.  That’s their propaganda.  That’s how they recruit.  And if we fall into the trap of painting all Muslims with a broad brush and imply that we are at war with an entire religion — then we’re doing the terrorists’ work for them.

Others disagree with the President and feel that the term radical Islam distinguishes the monsters that shoot up nightclubs and blow up people at marathons from all Muslims and that, either way, the day after a terrorist monster takes the lives of 49 innocent people is not the proper time to give a semantics lecture to the American people who need their leader to comfort them regarding the national tragedy of Orlando

According to the CIA director, despite all that the president outlined, ISIS’s  (sorry Mr. President, I meant to say) ISIL’s terrorism capabilities continue to grow. And, even though we have cut off much of its money supply, terrorist networks do not need much cash or territory to wage war:

In fact, as the pressure mounts on ISIL, we judge that it will intensify its global terror campaign to maintain its dominance of the global terrorism agenda. Since at least 2014, ISIL has been working to build an apparatus to direct and inspire attacks against its foreign enemies, resulting in hundreds of casualties.

Brennan explained that ISIL has been recruiting and training westerners to infiltrate their countries of birth and commit terrorist acts. Interestingly, he identifies refugee flows as one of the ways terrorists can infiltrate. That seems to suggest that the United States needs to be very careful who it lets into the country, which hasn’t been a priority for this administration, but there seems to be one presidential candidate who wants to put a temporary stop to immigration from certain countries that house I mean international terrorists.

And the group is probably exploring a variety of means for infiltrating operatives into the West, including refugee flows, smuggling routes, and legitimate methods of travel. Further, as we have seen in Orlando, San Bernardino, and elsewhere, ISIL is attempting to inspire attacks by sympathizers who have no direct links to the group. Last month, for example, a senior ISIL figure publicly urged the group’s followers to conduct attacks in their home countries if they were unable to travel to Syria and Iraq.

ISIL is compensating for its losses in Syria and Iraq by growing in the Egyptian Sinai Peninsula (which recently shot down a Russian passenger plane leaving Cairo) and Libya. The branches in Afghanistan/Pakistan and Yemen are having trouble staying together, but together the branches outside of Syria and Iraq are as big as the main ISIL inside those two countries.

Perhaps, the most frightening thing to come out of Brennan’s testimony was the summary of his opening statement. He said the danger to this country extends well beyond our war against Islamist Terrorism (there I go again, I mean) ISIL, al Qaeda, al Nusra, and other bad people like that who may or may not be (or know) people of the Muslim faith.

And as I often tell young officers at CIA, I have never seen a time when our country faced such a wide variety of threats to our national security. Run your fingers along almost any portion of the map from the Asia Pacific to North Africa and you will quickly find a flashpoint with global implications. China is modernizing its military and extending its reach in the South China Sea. North Korea is expanding its nuclear weapons program. Russia is threatening its neighbors and aggressively reasserting itself on the global stage. And then there is the cyber domain, where states and sub-national actors are threatening financial systems, transportation networks, and organizations of every stripe, inside government and out.

Maybe its me, but one has to wonder just what the heck Obama is doing?  It doesn’t seem like he is protecting the country and at best our war against  I mean (screw Obama, I mean) Radical Islamic Monsters who have no regard for human life.  When looking at the dangers to this country as described by the CIA director, it certainly looks as if the president is spending too much time worrying about not insulting the people who want to kill Americans and, perhaps, not enough time destroying them before they come to the United States to destroy us.