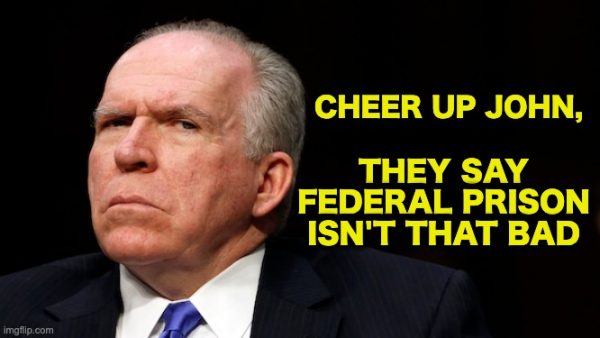 While the reports that the Russians tried to interfere with the 2016 U.S. election were believable, it was hard to understand that they were trying to make Trump, rather than Hillary president. Between the Uranium One and  Skolkovo deals, Hillary helped Putin and the Russian Oligarchs make tons of money.  It now seems that interim ODNI Rick Grenell has turned over to Attorney General Barr documents showing that Obama’s CIA director John Brennan hid intelligence demonstrating that the Russkies were trying to make Hillary win the 2016 election.

FNC’s Ed Henry reported Tuesday evening that Grenell has declassified several batches of information that he turned over to the DOJ. One of those documents calls into question the conclusion that Russia interfered in the 2016 election to help Donald Trump.

This intelligence said Putin preferred Hillary because she was a known quantity and more malleable, on the other hand, Trump was unpredictable,

If that’s what ODNI @RichardGrenell has found, it will be the greatest political scandal in American history.

And John Brennan will die in prison.pic.twitter.com/8GD15tMAxh

Henry’s report confirmed a piece by Fred Fleitz written on April 22 of this year, which said in part:

House Intelligence Committee staff members found the opposite. They told me there was conflicting intelligence evidence on Russian motivations for meddling in the 2016 election.

More gravely, they said that CIA Director Brennan suppressed facts or analysis that showed why it was not in Russia’s interests to support Trump and why Putin stood to benefit from Hillary Clinton’s election. They also told me that Brennan suppressed that intelligence over the objections of CIA analysts.

Instead, the Brennan team included low-quality intelligence that failed to meet intelligence community standards to support the political claim that Russian officials wanted Trump to win, House Intelligence Committee staff revealed. They said that CIA analysts also objected to including that flawed, substandard information in the assessment.

At Hot Air, Ed Morrissey has more of the story, including the charges Brennan might face and some interesting connections between Crowdstrike (the only people to analyze the Democratic Party server) with Hillary Clinton and Robert Mueller. Go Read Ed’s post for more on this important story.