UPDATE: Mitt Says NO-> Listen to his Conference Call Announcement 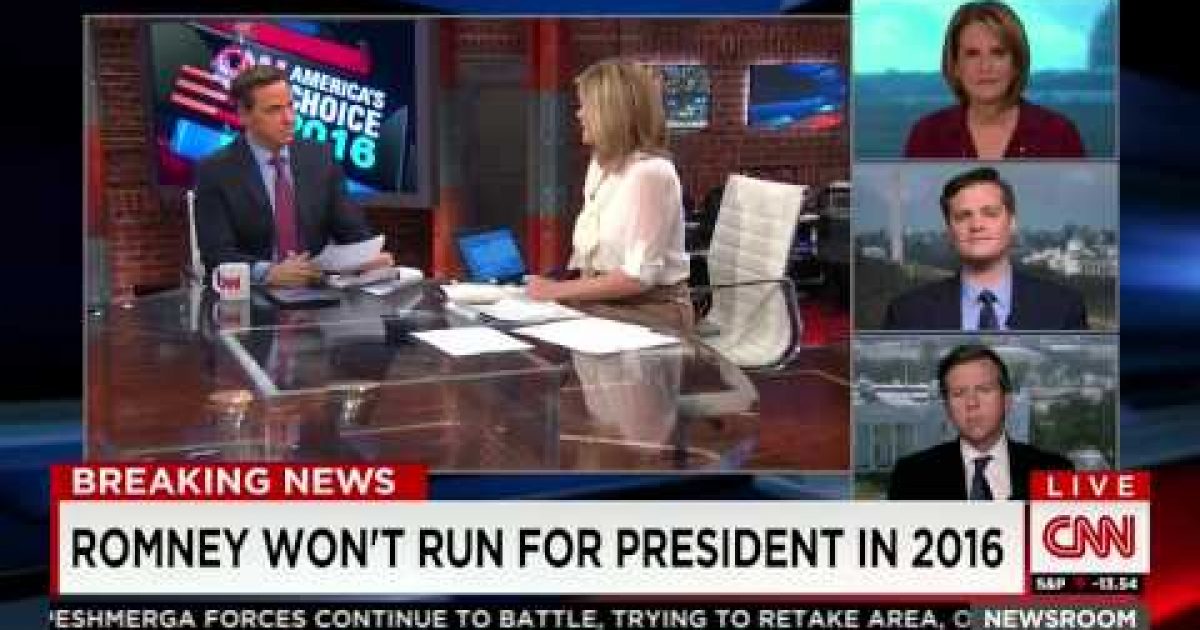 Facebook Twitter Flipboard
In a strange statement given on a conference call to supporters, 2012 GOP standard-bearer Mitt Romney announced he would not be a candidate for President right now, but left the door open for changing his mind later in the campaign.

The conference call was scheduled just hours after Romney lost one of his most trusted political advisers, David Kochel, who announced on Thursday that he was joining the Jeb Bush campaign.

Romney began the call by announcing his belief that he could win the nomination and that he had a 2 to 1 lead over the second-ranked candidate in the latest poll. He continued by saying that he “would have the best chance of beating the eventual Democratic nominee but that’s before the other contenders have had the opportunity to take their message to the voters.​”

While saying he is not going to form a PAC or hiring any staffers Romney didn’t eliminate the possibility that he would change his mind. “I’ve been asked and will certainly be asked again if there are any circumstances whatsoever that might develop that could change my mind. That seems unlikely.” “Unlikely” does not mean never, and in political-speak it means “maybe.”

According to CNN->Mitt Romney has made a decision about whether or not he will go forward with a 2016 presidential campaign according to a source familiar with Romney’s plans, CNN’s Dana Bash reports. This source would not say what the decision is, but did say that Romney will announce the decision on an 11:00 AM phone call with supporters.

Romney is probably announcing today because he’s been fighting with Jeb Bush for the same donors, political operators, etc.

Yesterday the AP reported that Romney has lost some key support:

The donors, in interviews with The Associated Press, said they see in Bush what they liked about Romney in 2012, the capacity to serve successfully as president, but also something Romney could not muster over two campaigns: the personality and senior staff needed to win the White House.T

“I’ve got great respect for Gov. Romney, and I busted my buns for him,” said Chicago investor Craig Duchossois, whose wife contributed $250,000 to a pro-Romney super PAC while he collected tens of thousands more for Romney’s last campaign. “But I have turned the page.”

Beyond the donors, Romney lost one of his most trusted political advisers on Thursday when David Kochel joined Bush’s team. Kochel, who led Romney’s campaign in Iowa in 2008 and 2012, is in line to play a senior role in Bush’s campaign should he run, Bush spokesman Kristy Campbell said.

If he does try a third time, Romney’s announcement will take the form of establishing a PAC not necessarily an announcement that he is running.