Video UPDATE: 10 Captured Sailors Supposedly To Be Released By Iran In AM 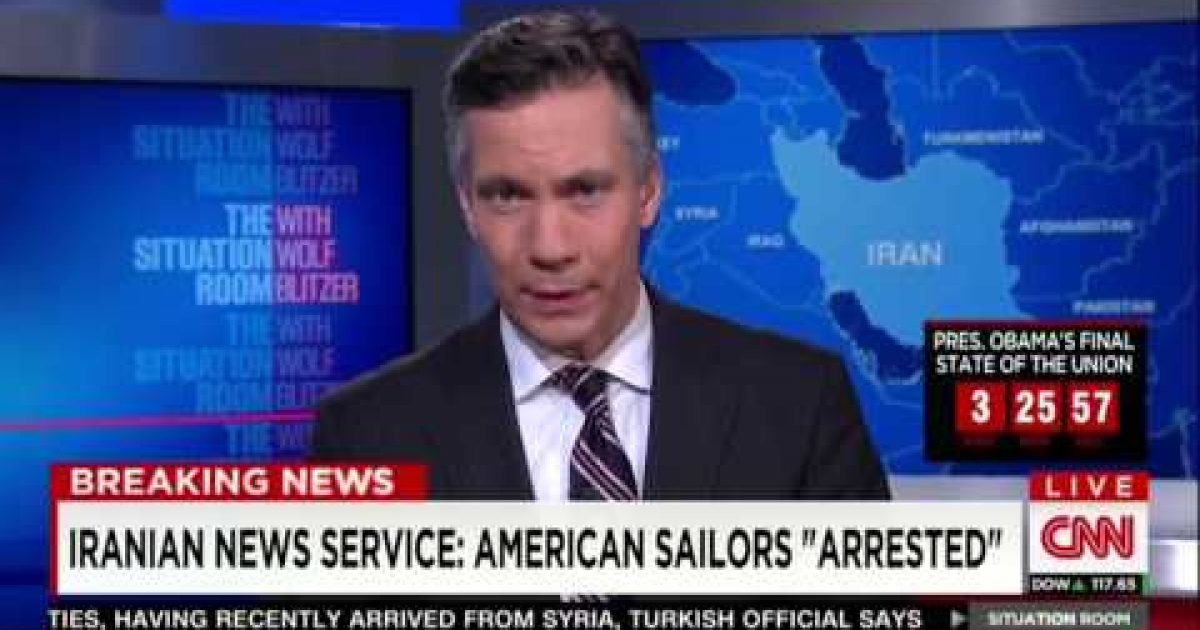 Ten American sailors, the crew of two small Navy craft are being held by Iran, but American officials have received assurances from Tehran that the crew and vessels will be returned safely and promptly.

Pentagon spokesman Peter Cook has told the press that they’ve been in contact with Iran and were promised they would be returned. But in an update CNN has learned that the ten Americans weren’t picked up by the regular Iranian Navy but by the Revolutionary Guard which means securing their release may not be as easy as it would seem

U.S. officials said that the incident happened near Farsi Island, situated in the middle of the Persian Gulf. They say it stemmed from some type of mechanical trouble with one of the boats, causing them to run aground.

The seized boats were similar to the camouflaged one in the picture below.

Apparently Secretary of State John Kerry, called Iranian Foreign Minister Zarif immediately on learning of the incident and “personally engaged with Zarif on this issue to try to get to this outcome.”

However at this writing Obama’s new buddies are still holding the Americans. Now tell me again how we can trust them to stick to the Iran deal, even if they are released this is a slap in the face for our president and his feckless policy.

Make no mistake about it, this action was a purposeful action by the Iranian hardliners timed for tonight’s State of the Union Address.

The first video below is the initial report on CNN, below that is an update where we learn that the sailors will supposedly be released in the morning, but the Revolutionary Guard had confiscated the weapons on the boats and initially said the sailor were arrested.

Since they are spending at least the evening in Iran, I wonder if the revolutionary guard will allow our sailors to watch the State Of  The Union Address so they can hear Obama talk about how wonderful the Iran deal was.