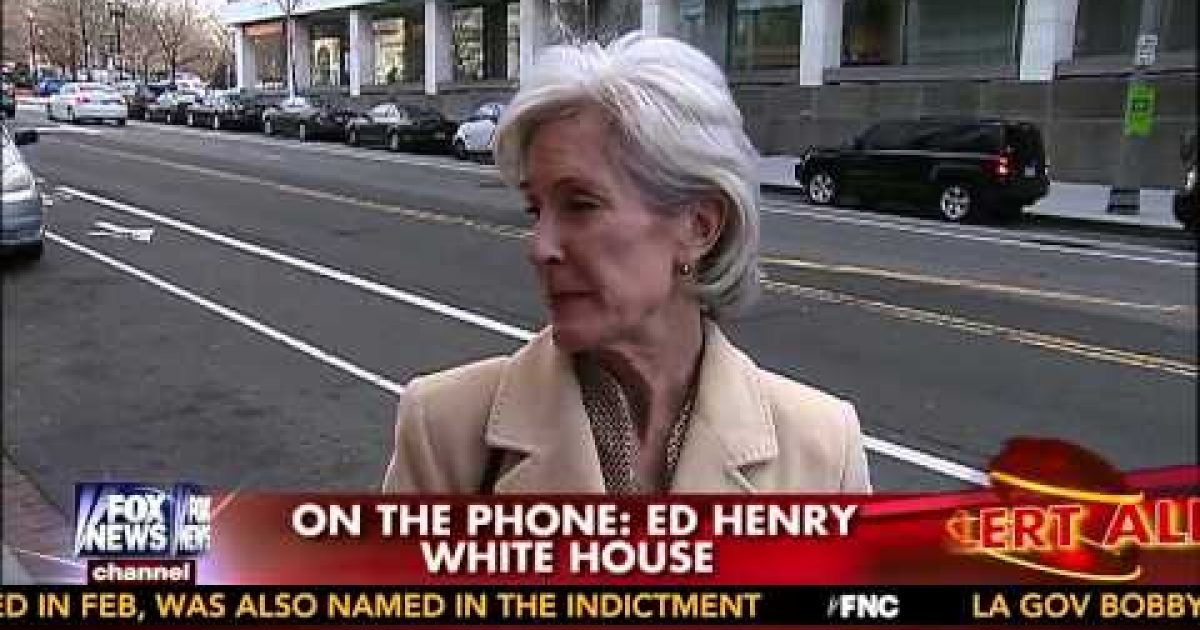 According To the AP:

The move comes just a week after the close of the rocky enrollment period for President Barack Obama’s health care law. Website failures marred the opening weeks of the six-month enrollment period, but the administration rebounded strongly by enrolling more than 7 million people in health insurance plans.

Sebelius’ resignation could set the stage for a contentious election-year confirmation hearing for whomever Obama nominates to replace her. Sebelius has served as HHS secretary since the start of the Obama administration.

The official was not authorized to discuss Sebelius’ resignation ahead of the formal announcement and requested anonymity.

Those confirmation hearings are going to be very interesting, not because of Ms Burwell but the hearings will be a public bashing of Obamacare.

The RNC Released the following statement

“Secretary Sebelius oversaw a disastrous rollout of ObamaCare, but anyone can see that there are more problems on the way. The next HHS Secretary will inherit a mess—Americans facing rising costs, families losing their doctors, and an economy weighed down by intrusive regulations. No matter who is in charge of HHS, ObamaCare will continue to be a disaster and will continue to hurt hardworking Americans. It’s time for President Obama to admit that Democrats’ signature law is a failure and heed Republican calls for patient-centered healthcare reform.” – RNC Chairman Reince Priebus