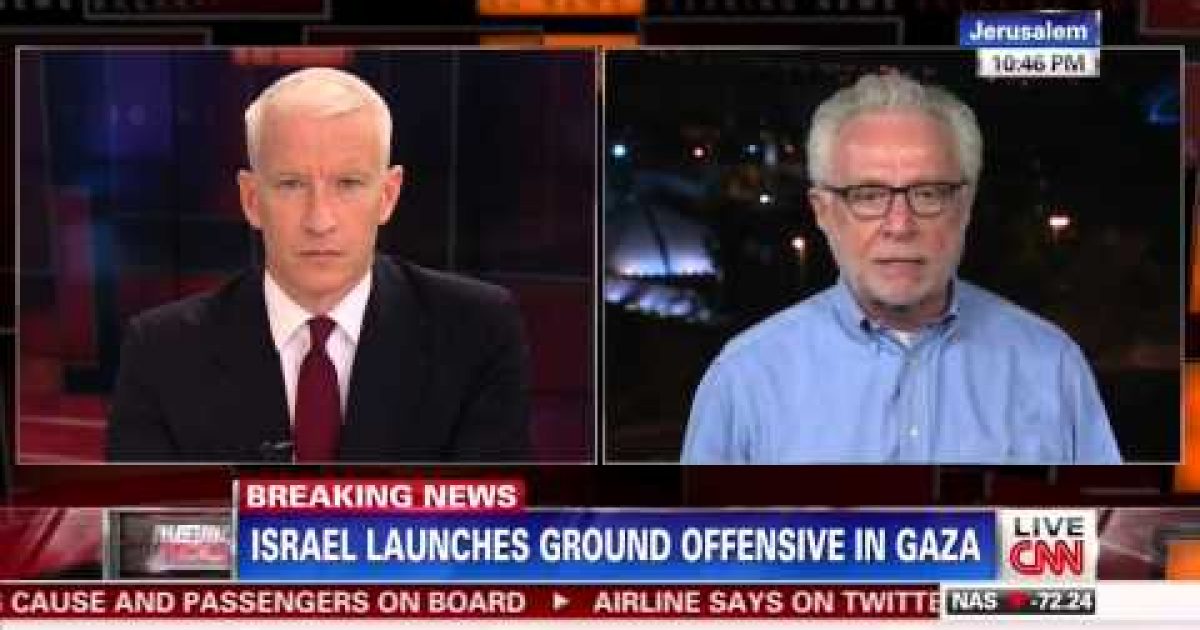 Facebook Twitter Flipboard
Israeli has announced an invasion of the Gaza strip. Wolf Blitzer read the statement by the IDF announcing the operation on CNN on Thursday afternoon.
Blitzer’s announcement began (video below)

There is now a formal statement from the Israel Defense Forces. A major statement, Anderson, saying the Israelis have decided to go in on the ground into Gaza. Let me read a couple sentences for you. Following ten days of Hamas attacks by air are land and sea and after repeated rejections of offers to deescalate the situation, the Israel defense forces have initiated a ground operation within the Gaza strip. The statement then says, the IDF’s objective as defined by the Israeli Government is to establish a reality in which Israeli residents can live in safety and security without continued indiscriminate terror, while striking’ significant blow to Hamas infrastructure.

During a conference call earlier on Thursday Israeli reserve Col. Miri Eisen, suggested that based on the attempted terror attack earlier that day, a ground operation will probably happen but will be limited in scope, just to eliminate Hamas terrorist tunnels.

Everybody wants to know about the ground incursion, and why Israel needs a ground incursion, and why is the aerial [inaudible] enough, and there’s no question that the biggest challenge in that sense, and the reason that the ground incursion and the idea of doing a limited ground incursion, the effectiveness of it would be against the tunneling… I think though that the debate in Israel–it’s 5:15 in the afternoon today – has actually changed… they’re talking much more about the fact that what may be happening today, tomorrow, tonight, tomorrow, will be a limited incursion to take care of these tunnels, that mile- to two-mile depth to see that they won’t be able to continue entering into Israel and I fully recommend looking at those photos that were released by the IDF spokesperson, because you can see so clearly how they infiltrate with units, with an enormous amount of weapons, that are coming on and in to do a combined attack-kidnapping scenario.