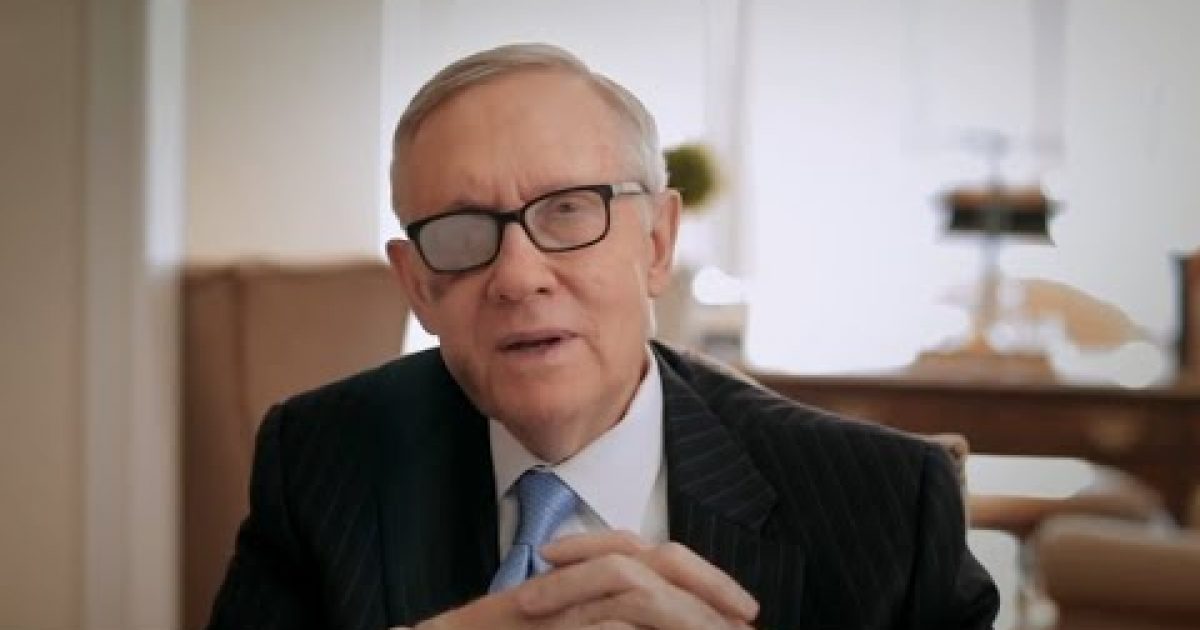 Parler Facebook Twitter Flipboard
Senate Minority Leader Harry Reid has announced he will not run for reelection in 2016. The Nevada Senator first won his senate seat in 1986 and has led the Democrats in the upper body since 2005. He made his renouncement via a Youtube video.

Mr. Reid, 75, who suffered serious eye and facial injuries in a Jan. 1 exercise accident at his Las Vegas home, said he had been contemplating retiring from the Senate for months. He said his decision was not attributable either to the accident or to his demotion to minority leader after Democrats lost the majority in November’s midterm elections.

“I want to be able to go out at the top of my game,” said Reid, who used a sports metaphor about athletes who try to hang on too long. “I don’t want to be a 42-year-old trying to become a designated hitter.”

A transcript of his statement and video follows:

“The job of Minority Leader of the United States Senate is just as important as being the Majority Leader. It gives you so much opportunity to do good things for this country. And that’s what I am focused on.

“But this accident has caused Landra and me to have a little down time. I have had time to ponder and to think. We’ve got to be more concerned about the country, the Senate, the state of Nevada than about ourselves. And as a result of that I’m not going to run for re-election.

“I am going to be here for another 22 months, and you know what I’m going to be doing? The same thing I’ve done since I first came to the Senate.

“We have to make sure that the Democrats take control of the Senate again. And I feel it is inappropriate for me to soak up all those resources on me when I could be devoting those resources to the caucus, and that’s what I intend to do.

“Someone with my background, my upbringing, to have the experiences I’ve had is really a miracle. And I want you to know that I am so grateful for your invaluable support. I have done my best. I haven’t been perfect, but I’ve really tried my hardest to represent the people of the state of Nevada.

“From the bottom of my heart, thank you.”