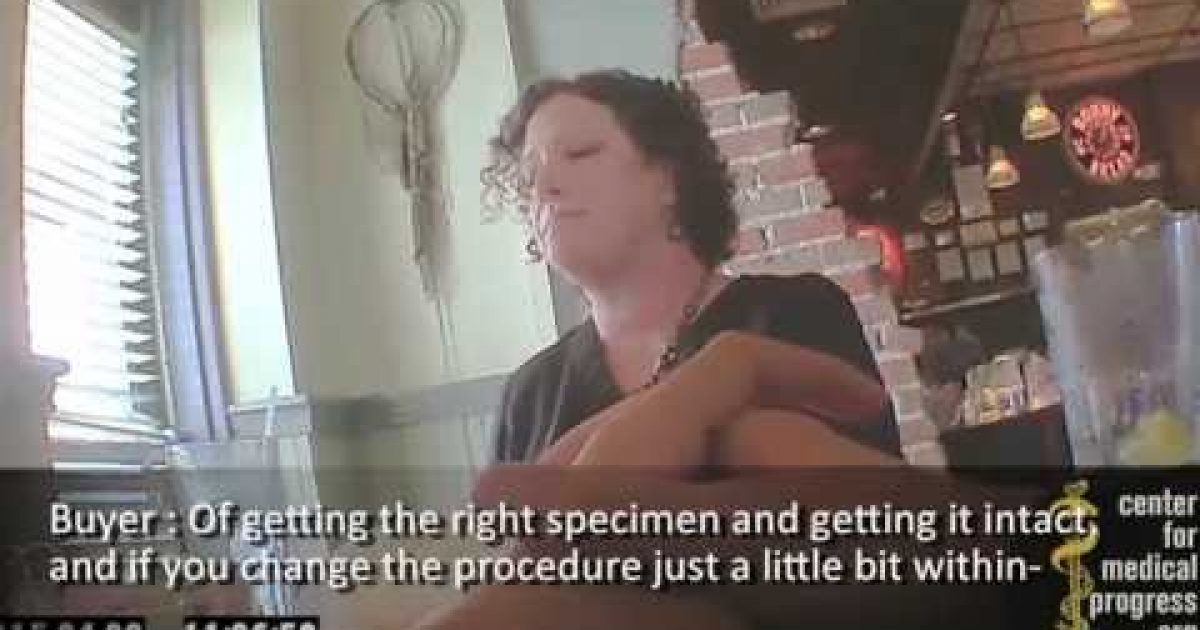 “Where we probably have an edge over other organizations, our organization has been doing research for many many years,” explains Farrell. When researchers need a specific part from the aborted fetus, Farrell says, “We bake that into our contract, and our protocol, that we follow this, so we deviate from our standard in order to do that.”

Asked specifically if this means Planned Parenthood Gulf Coast can change abortion procedures to supply intact fetal specimens, Farrell affirms, “Some of our doctors in the past have projects and they’re collecting the specimens, so they do it in a way that they get the best specimens, so I know it can happen.”

In the video they talk about a child in the 16th week.  The picture above is a sonogram of a 16 week fetus–doesn’t look like a clump of Cells.

The investigators ask Farrell how she will frame a contract in which they pay a higher price for higher quality fetal body parts, and she replies, “We can work it out in the context of–obviously, the procedure itself is more complicated,” suggesting that “without having you cover the procedural cost” and paying for the abortion, the higher specimen price could be framed as “additional time, cost, administrative burden.”

Farrell finally summarizes her affiliate’s approach to fetal tissue payments: “If we alter our process, and we are able to obtain intact fetal cadavers, we can make it part of the budget that any dissections are this, and splitting the specimens into different shipments is this. It’s all just a matter of line items.”

Farrell also indicates to the investigators over lunch that the specimen sales from her department contribute significantly to Planned Parenthood Gulf Coast’s overall finances:

“I think everyone realizes, especially because my department contributes so much to the bottom line of our organization here, you know we’re one of the largest affiliates, our Research Department is the largest in the United States. Larger than any the other affiliates’ combined.”

In a Texas Senate hearing on July 29, former Planned Parenthood Gulf Coast clinic director Abby Johnson estimated that the affiliate had previously made up to $120,000 per month off of aborted fetal tissue.


The video is the fifth by The Center for Medical Progress documenting Planned Parenthood’s sale of aborted fetal parts. Project Lead David Daleiden notes: “This is now the fifth member of Planned Parenthood leadership discussing payments for aborted baby parts without any connection to actual costs of so-called tissue ‘donation.’ Planned Parenthood’s system-wide conspiracy to evade the law and make money off of aborted fetal tissue is now undeniable.” Daleiden continues, “Anyone who watches these videos knows that Planned Parenthood is engaged in barbaric practices and human rights abuses that must end. There is no reason for an organization that uses illegal abortion methods to sell baby parts and commit such atrocities against humanity to still receive over $500 million each year from taxpayers.”

Toward the end of the video a doctor pulls out an entire tray of dead baby parts from the fridge. Its pretty disgusting–and the Democrats still want to protect them.

Below the video is a list of every Senator who voted against de-funding Planned Parenthood on Monday.  Perhaps you can send them this post and remind them why they should have voted differently.