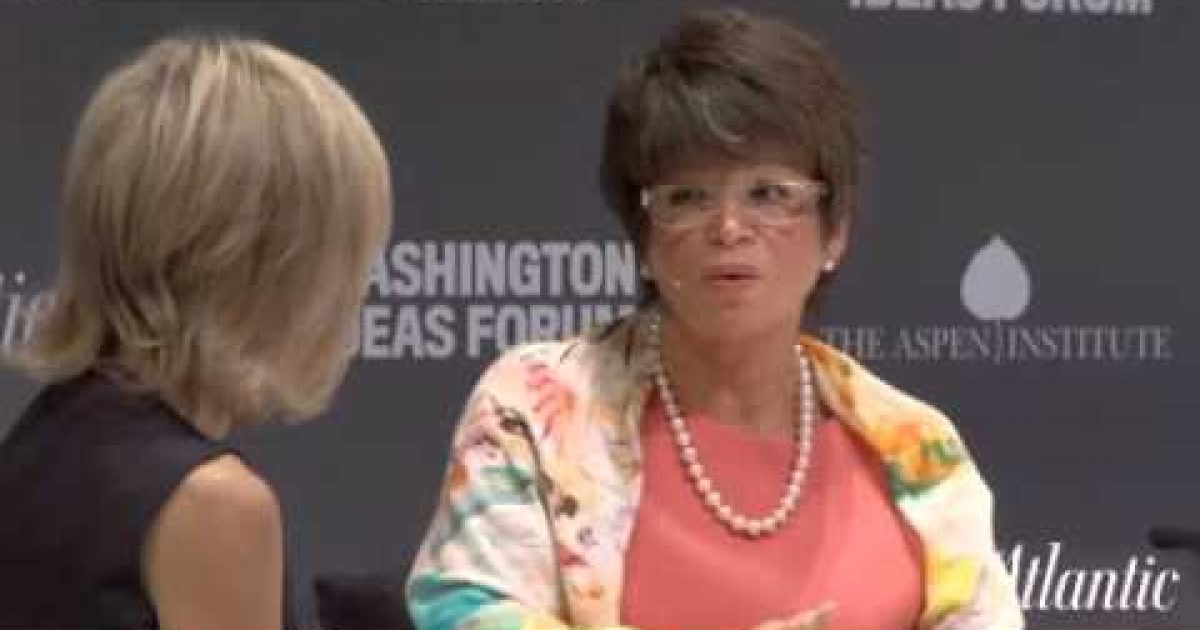 A new batch of emails was released by the State Dept. today and so far one of them is of concern as in June 2011 Clinton’s Chief of Staff Cheryl Mills warned about private emails being hacked.

It took place after Google announced that Chinese hackers tried to grab login information of people who used gmail.

In A June 4, 2011 email chain between Hillary Clinton, her Chief of Staff Cheryl Mills and senior aides Huma Abedin and Jake Sullivan, all of whom used private email accounts, and in Clinton and Abedin’s case, Clinton’s secret server, Mills admits she was “someone who attempted to be hacked,” and warned against telegraphing the use of private email, as it “may encourage others who are out there.”

This revelation undercuts a key claim that Clinton and her allies have repeatedly asserted: that Hillary Clinton’s server was somehow more secure than the government email system and posed no risk to national security. What the email chain shows is that Clinton and her senior aides knew very well that her use of a private email presented, what NSA Director Mike Rodger recently called a foreign intelligence “opportunity” for America’s adversaries, and would be the target of foreign hackers.

As you can see in the document below:

“NO ONE uses a State-issued laptop and even high officials routinely end up using their home email accounts to be able to get their work done quickly and effectively,” Anne-Marie Slaughter, who had left her job as director of policy planning at the State Department, wrote in an email to Clinton.

Slaughter added that someone outside the government write an op-ed about the Department’s “lousy” technology. Clinton liked the idea made sense, Cheryl Mills and policy aide Jake Sullivan were not convinced.

Mills, informed them that  hackers had attempted to get into her email, warned, “I am not sure we want to telegraph how much folks do or don’t do off state mail it may encourage others who are out there,”

Interestingly no one used the Google case or their discussion as as warning to move to a secure server. But as you can tell by the bottom email, they did wonder if it could be used as an excuse to ask for more money for the department.

Earlier in the day WH Chief of Staff Valerie Jarrett thew Clinton under the bus by admitting that the White House sent a message to all cabinet secretaries asking them to use government Email for official business.

“Weren’t there guidelines from the White House to all cabinet secretaries to use government email?” MSNBC host Andrea Mitchell asked Jarrett at an event sponsored by the Aspen Institute.

“Obviously, we want to make sure we preserve all government records, so there was guidance given that government business should be done on government emails and that if you did use a private email it should be turned over,” Jarrett said.

UPDATE: The AP is reporting that “newly released emails show Russia-linked hackers tried at least five times to pry into Hillary Rodham Clinton’s private email account while she was secretary of state. It is unclear if she clicked on any attachment and exposed her account. Clinton received the infected emails, disguised as speeding tickets, over four hours early the morning of Aug. 3, 2011. The emails instructed recipients to print the attached tickets, which would have allowed hackers to take control of their computers.”