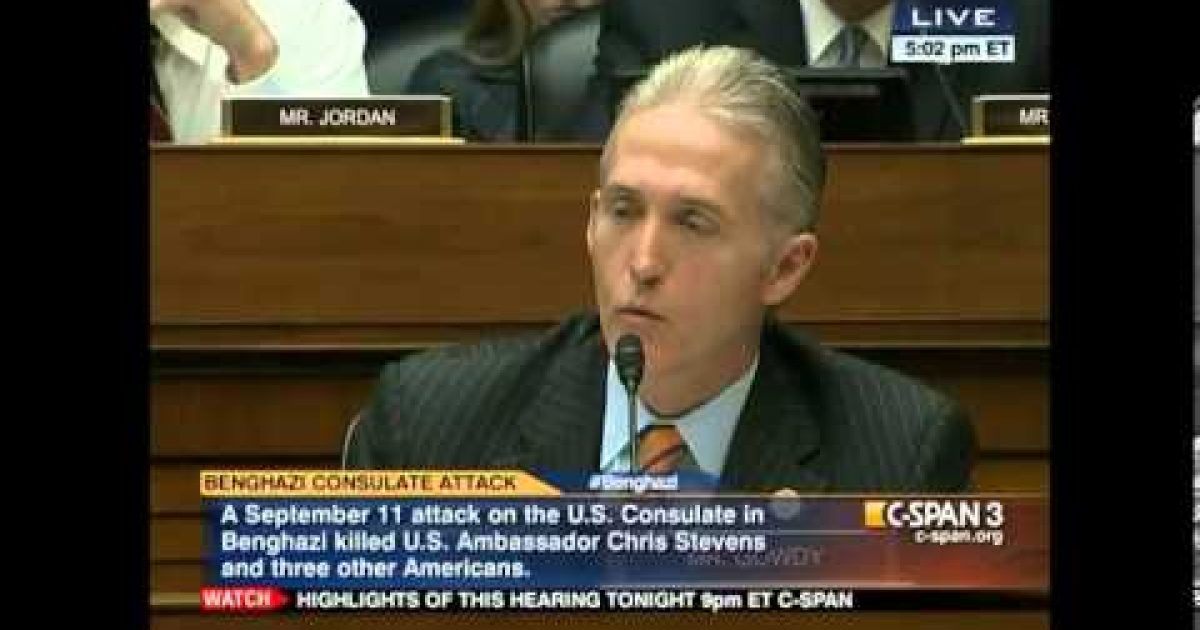 RT to share the news: The House will vote to establish a new #SelectCommittee on #Benghazi. pic.twitter.com/zpKW4b4Cap
— Speaker John Boehner (@SpeakerBoehner) May 2, 2014

After months of requests from fellow Republicans asking asking him to act, multiple source are  reporting that House Speaker John Boehner will appoint a select committee to investigate the attacks on the U.S. diplomatic post in Benghazi, Libya.

The move comes after the revelation of a”smoking gun”email from Ben Rhodes, instructing Susan Rice to focus on an anti-Muslim Internet video to explain the attacks. Sources told the Weekly Standard:

“The new emails this week were the straw that broke the camel’s back,” says a Boehner aide. The Speaker was furious to learn that the administration withheld relevant documents from a congressional subpoena. He’s sick and tired of this evasion and obstruction from the administration, and wants a solution to finally force accountability, get to the truth, and provide justice.”

Aides say Boehner continues to believe that the work of those committees has been valuable.

“The current committees investigating the attack have done good work, using their authority, including subpoena authority, to gather facts, interview hundreds of witnesses, and conduct dozens of hearings. But this week’s events demonstrate a new level of stonewalling and obfuscation by the administration that requires a new level of investigation.”

“Americans
learned this week that the Obama Administration is so intent on
obstructing the truth about Benghazi that it is even willing to defy
subpoenas issued by the standing committees of the People’s House.
These revelations compel the House to take every possible action to
ensure the American people have the truth about the terrorist attack on
our consulate that killed four of our countrymen.  In light of these new
developments, the House will vote to establish a new select committee
to investigate the attack, provide the necessary accountability, and
ensure justice is finally served.

“The administration’s withholding of documents – emails showing
greater White House involvement in misleading the American people – is a
flagrant violation of trust and undermines the basic principles of
oversight upon which our system of government is built.  And it forces
us to ask the question, what else about Benghazi is the Obama
administration still hiding from the American people?

“The House committees that have been investigating this attack
have done extraordinary work, using their subpoena power, holding dozens
of hearings, and conducting hundreds of interviews.  Without this work
we would not know much that we do today.  But it’s clear that questions
remain, and the administration still does not respect the authority of
Congress to provide proper oversight.  This dismissiveness and evasion
requires us to elevate the investigation to a new level.  I intend for
this select committee to have robust authority, and I will expect it to
work quickly to get answers for the American people and the families of
the victims.

“Four Americans died at the hands of terrorists nearly 20 months
ago, and we are still missing answers, accountability, and justice.
It’s time that change.”
– See more at: http://www.speaker.gov/press-release/boehner-establish-select-committee-benghazi#sthash.j6dnQovZ.dpuf