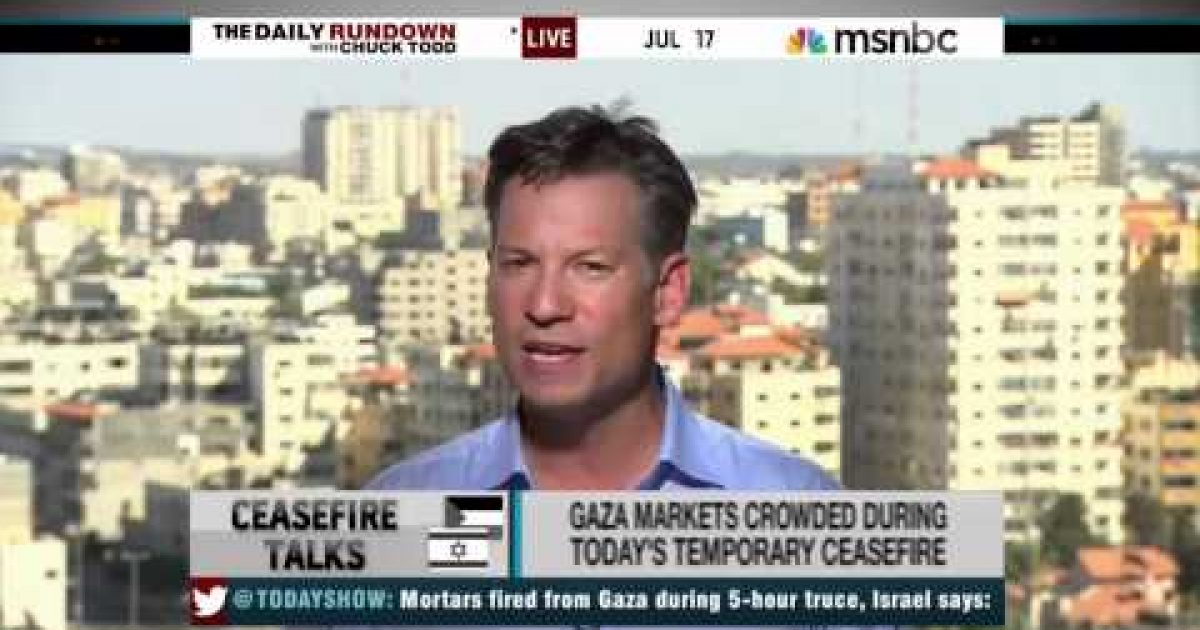 Israel’s Channel 10 quoted an Israeli official as saying that the BBC report was “incorrect.”

In Gaza, there was no immediate confirmation from Hamas and other Palestinian militant groups that they had agreed to halt 10 days of cross-border warfare.

“There is an agreement for a ceasefire beginning tomorrow. I believe it is six in the morning (0300 GMT),” said the official, who asked not to be identified. The official said  Israeli leaders approved a truce after a senior Israeli delegation held talks in Egypt.

UPDATE 7:55 EDT An Israeli Official told Reuters the deal has been agreed to by Israel negotiators but the Israeli security council had not yet voted and was still examining its details. And NBC’s Richard Engle reports:

Foreign Minister Avigdor Liberman on Thursday denied earlier reports that Israel and Hamas had reached an agreement on a cease-fire that would put an end to the fighting as of Friday morning.

Liberman’s denial came minutes after Reuters quoted an Israeli official as saying that Israeli senior representatives at talks in Cairo had accepted an Egyptian proposal for a comprehensive Gaza ceasefire starting on Friday, but Israel’s leaders still had to approve the deal.

A Hamas source at the Egyptian-mediated cease-fire talks in Cairo told Israel Radio on Thursday that it is unlikely a truce agreement with Israel will be reached on Thursday despite a spate of reports indicating that the two sides had accepted such a proposal.

The source told Israel Radio that Hamas officials are trying to make changes to the Egyptian proposal.

Richard Engel tells Chuck Todd that the cease fire reports are true, and like the one they rejected Hamas gets nothing.

…and just a short while ago we’re getting assurances from the Israelis that, look, it’s not done yet but it is effectively a done deal and we are heading towards a truce. A lot can happen between now and tomorrow morning if in fact the deal does hold until then. Generally as you’ve seen in the past when there are these conflicts between the Gaza Strip or Hamas and Israel, the last 12 hours or so are often really violent. It’s the last licks before a truce goes into place. Usually the Israelis want to eliminate whatever targets they have got on their list before a truce goes into place. So a lot of things could go wrong between now and then. So we’re hearing some official denials, but we’re getting reassurances that a deal seems to be in the making.

….To be honest, what we’re hearing is they’re [Hamas} going to get nothing, that both sides gets nothing. This is a reset in place, that unlike previous wars, Hamas didn’t really want this one. Doesn’t have the same friends in the region that it used to have. Hamas doesn’t have Egypt behind it after it lost the Muslim Brotherhood ally in Egypt. Now there is General Sissi. It’s lost Syria, it’s lost Iran. Iran worried about the situation in Iraq. So this war wasn’t positioned for Hamas geographically the same way other conflicts had been. Israel was reluctant to get involved in this as well so we might be seeing a cease-fire coming with no side making any significant gains.