In another attack on the Second Amendment, the Boulder, Colorado city council voted unanimously on May 15th, 2018 to ban the sale and possession of many semi-automatic rifles, pistols, shotguns, bump stocks and magazines holding more than 10 rounds.  Boulder has never seen a murder committed with one of the banned firearms, but it has with a baseball bat. So perhaps they should have banned baseball bats instead.  This unconstitutional move did nothing to address actual crime but instead criminalized and demonized law-abiding gun owners.

According to the Boulder Daily Camera “the day after the vote, a federal lawsuit was filed that claims the ordinance violates the plaintiffs’ Constitutional rights — a claim council members had contested, saying the Second Amendment doesn’t guarantee the right to an assault rifle.”

Residents who owned any of the “illegal’  firearms before June 15th, 2018 could grandfather their guns in the city’s “This-Is-Not-A-Registry” program and get a certificate.  This program ended on Dec.31. 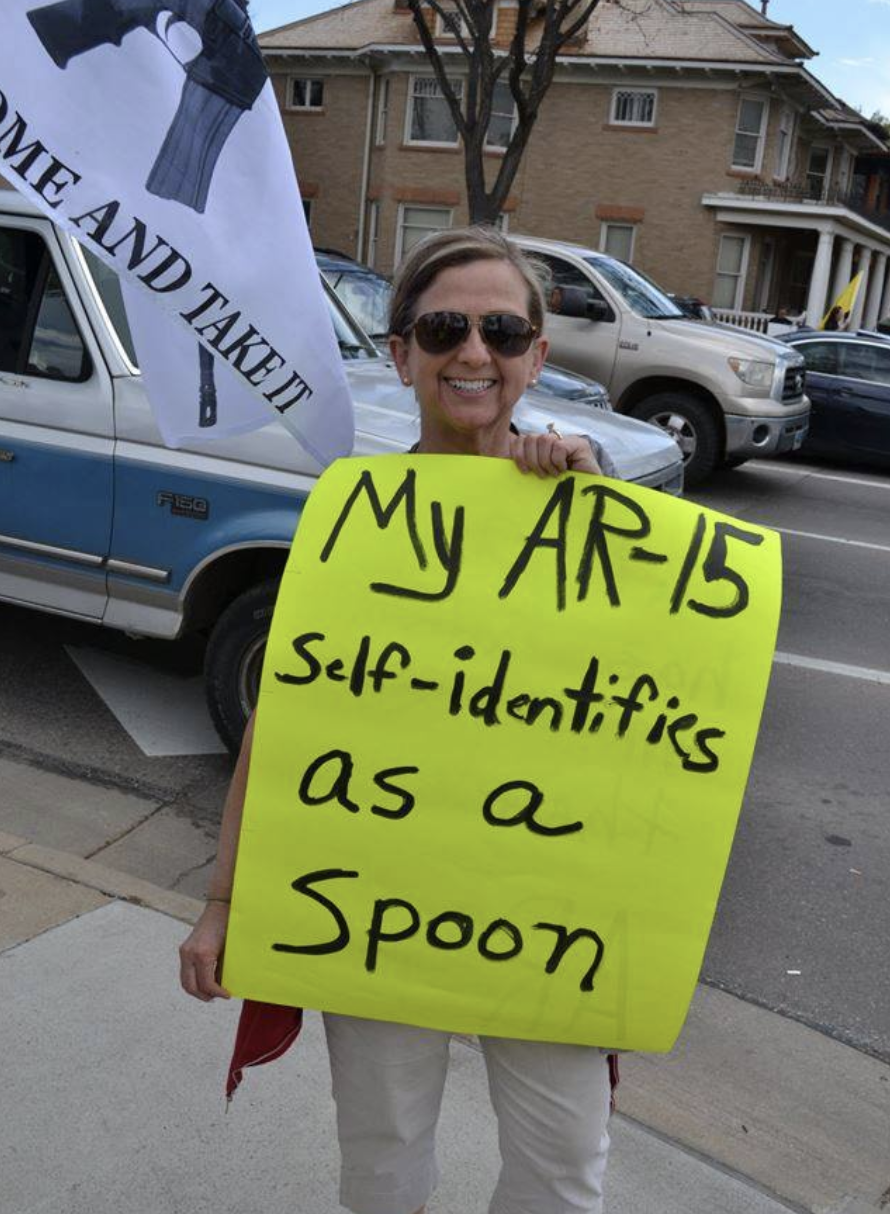 I Can Buy That

According to the Washington Times:

Only 342 “assault weapons,” or semiautomatic rifles, were certified by Boulder police before the Dec. 31 deadline, meaning there could be thousands of residents in the scenic university town of 107,000 in violation of the sweeping gun-control ordinance.

“I would say the majority of people I’ve talked to just aren’t complying because most people see this as a registry,” said Lesley Hollywood, executive director of the Colorado Second Amendment group Rally for Our Rights. “Boulder actually has a very strong firearms community.”

“The firearms community in Boulder — they may be Democrats but they love their firearms,” said Ms. Hollywood, herself a former Boulder resident.

The Times adds “Judging by the numbers, however, most Boulder firearms owners have chosen to do none of the above, albeit quietly.”

What makes this nullification of the new law even more interesting is that Boulder is considered the most liberal city in Colorado. In fact, unless the population drastically in the past fifteen months, Boulder is a VERY Democratic area. 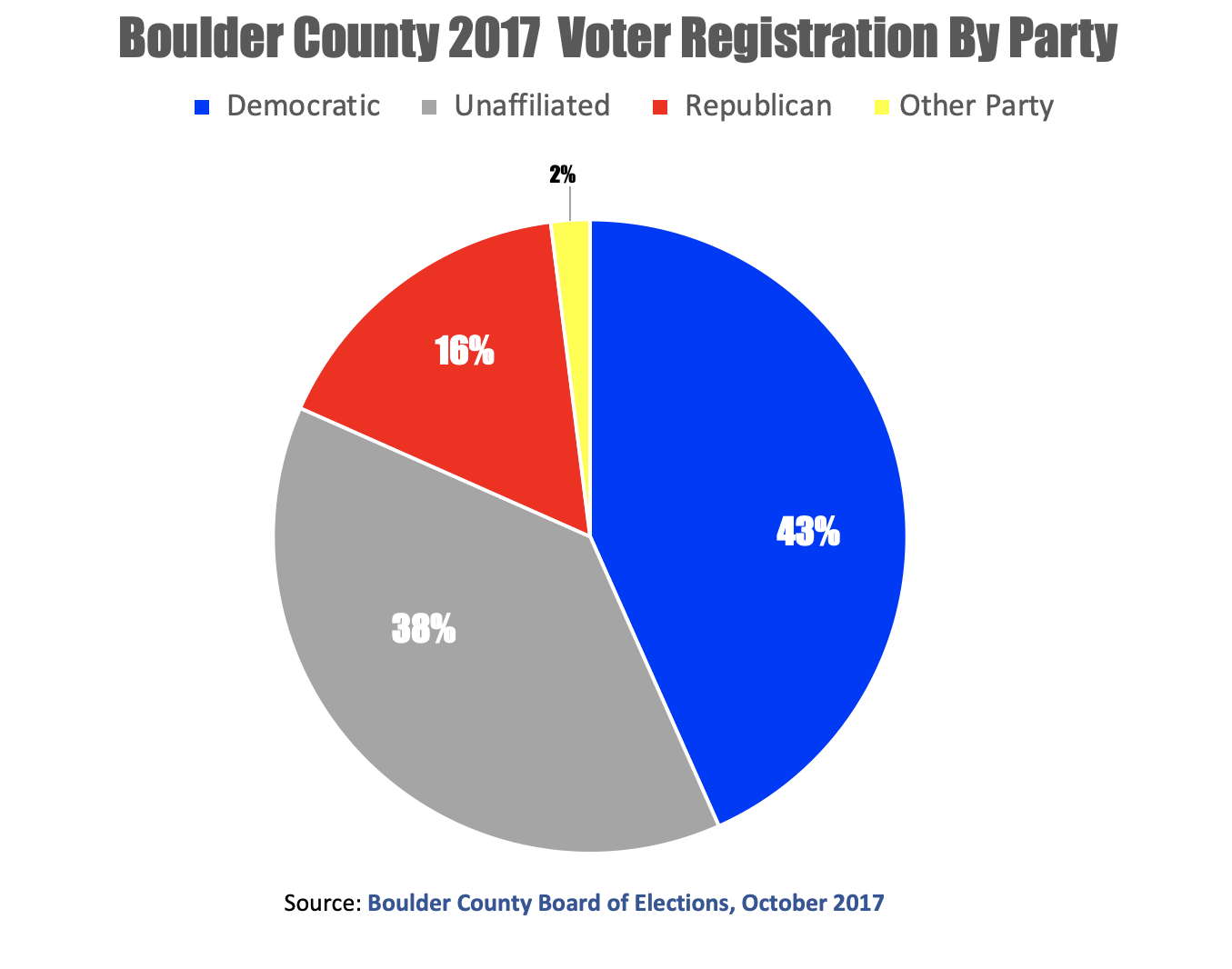 Some Boulder residents have chosen not to be quiet about it. Some are banding together and publicly defying the city’s un-American move, they’ve launched a “we will not comply” movement.

Jon Caldara,  president of the free-market Independence Institute, columnist for the Denver Post and host of a public-affairs show on Colorado Public Television, called “Devil’s Advocate” has publicly announced his noncompliance with the new law.

In Boulder, if your core beliefs include dressing as the opposite gender or following the teachings of the Koran our city government will bend over backward to protect you from those who wish to separate you from your community. You’d never be forced to self-identify to government authorities, to submit to inspection, to be registered and made to pay fees to keep your core beliefs.

My strong belief in my Second Amendment rights is core to who I am. I know that is not understood by many today, however, I am not asking to be understood. I’m asking to be left alone.

I am asking for progressives who run city government to live up to their assertion of tolerance and just let me be.

Because I own a long gun with a pistol grip and a detachable magazine, I had to the end of December to self-identify to the police, present myself for investigation and my gun for inspection, pay fees in order to receive a police-issued permission slip, all to avoid jail time, monetary penalties, and the confiscation and destruction of my gun.

I have never been convicted or even charged with a crime in my 54 years of life, but this week I became a criminal. I am no different than potentially thousands of other Boulderites who cannot bring themselves to submit to this ugliness. And yes, I know, most people today don’t see this as ugly or intolerant, but simply a reasonable thing to do about this “epidemic.” After all, something needs to be done.

For publicly stating that I will not comply, my daughter has been targeted at her Boulder school, the one with posters celebrating tolerance and diversity all over the walls. My refusal to submit has been commented on by teachers in front of their classes. She has been ganged up on by students and bullied because “her father is a murderer.” She is worried that I will be taken to jail. As a single dad to her and her handicapped brother, I have to admit I’m worried about that too.

I respect the police, greatly. The cops I know hate the idea of enforcing this intolerance. I ask them when they come to arrest me and confiscate my guns, they give me enough warning, so my kids aren’t around when they do it.

It’s not the Boulder Police that should get involved, it’s the state police. Because the new Boulder law not only violates the Second Amendment to the U.S. Constitution but it breaks Colorado state law C.R.S. 29-11.7-103:

A local government may not enact an ordinance, regulation, or other law that prohibits the sale, purchase, or possession of a firearm that a person may lawfully sell, purchase, or possess under state or federal law. Any such ordinance, regulation, or other law enacted by a local government prior to March 18, 2003, is void and unenforceable.

The objection to this Boulder Colorado gun law is bi-partisan. It’s long past time for it to be overturned on a bi-partisan basis and quickly followed by recalling the city council members or voting them out of office.