U.S. Border Patrol Patrol Came Under Heavy Fire From Mexico Side of the Rio Grande 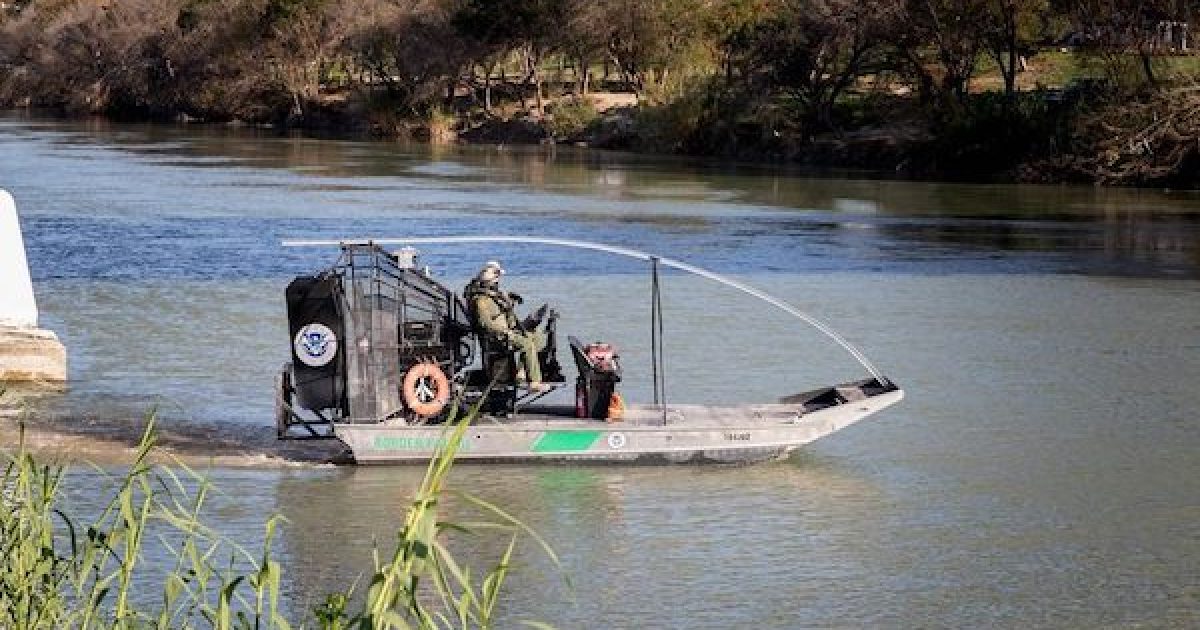 A U.S. Border Patrol boat patrolling the Rio Grande River near Fronton, Texas, was fired on with automatic weapons from the Mexican side of the border riddling the boat with up to 50 bullet holes, CBP reports.

“Agents saw four subjects with automatic weapons who shot over 50 rounds at them. The boat was hit several times but no one on board was injured,” U.S. Customs and Border Protection said on Friday.

A #BorderPatrol Marine Unit patrolling near Fronton, TX reported they were fired upon from the Mexican riverbank. Agents saw 4 subjects who shot over 50 rounds at them. No one on board was injured, but the boat was hit. The incident is under investigation. https://t.co/Yz7noAMnFk pic.twitter.com/BfTGw83KMT

A US Border Patrol marine unit was attacked early Friday by gunmen who fired more than 50 rounds at the agents from the Mexican side of the Rio Grande, officials said.

None of the agents assigned to the Rio Grande City Station Marine Unit was injured while they were patrolling near Fronton, Texas, U.S. Customs and Border Protection said in a news release.

A US Border Patrol boat patrolling the Rio Grande was shot at early Friday morning from the riverbank on the Mexican side, US Customs and Border Protection, or CPB, reported.​ https://t.co/EaoKh3PM8V

Two agents working in the Rio Grande Valley, who have to remain anonymous since they were not authorized to speak publicly, told Conservative Review that the Border Patrol was investigating reports of gunfire across from a large island on the river that is claimed by Mexico.

The #USBP Riverine vessel that was struck is a 21 foot RSDV (Riverine Shallow Draft Vessel), pictured below: pic.twitter.com/rsSthfXyPC

Mexico’s foreign relations ministry tweeted their regrets about the shooting and said they would cooperate with U.S. authorities to identify those responsible. The below are English translations of their tweets.

We regret this morning’s armed aggression against United States Border Patrol agents ( @CBPRGV) from the Mexican side, while patrolling the Rio Grande, near El Frontón, Texas.

Fortunately, no items were injured. @SSPCMexico and @SRE_mx will collaborate in the investigations with the US authorities to find those responsible.

Meanwhile, our government policy prevents our agents from returning fire! Imagine being in a service where you can be shot down by machine guns by Mexican cartel members, and you aren’t even allowed to fight back! Perhaps before they worry about taking guns away from law-abiding Americans, Congress should figure out a way to better protect our the heroes on our border who are protecting the country.