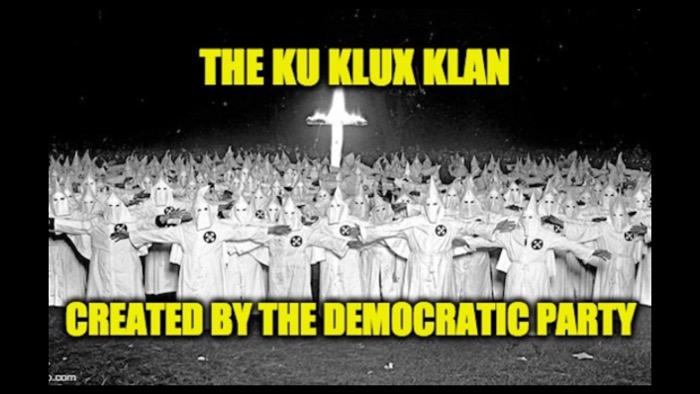 Dems know they can’t fight the midterm elections on Biden’s record or the issues. They are desperate to make 2022 about racism and abortion. Watch Mark Levin make them wish they hadn’t.

With the help of a cadre of complicit media enablers, the left has carefully crafted a narrative in which they are saviors running to the rescue of the benighted minority voter to protect them against the prominent, evil Republicans. Unfortunately for the left, that’s a lie.

Democrats have essentially gotten away with this until now because the media has been largely silent about their role in history.

Smaller players like ClashDaily can all day shout about these issues from the rooftops. Still, the blue bubble people aren’t paying any attention to dissenting opinions unless they are forced to pay attention to them.

Then along comes Mark Levin, who has published some of the best-selling books in the country.

When he puts the left on blast, citing chapter and verse of the Democrats’ sins against minorities in a 14-minute blow-by-blow message complete with images of the vote counts of each party for and against self-evidently racist policies, that’s a lot harder to ignore.

This video will peel the paint off the walls of DNC headquarters. You can expect them to be in full damage control mode. In fact, the YouTube video even came with a content warning from Google. Because how dare he says such things about Democrats, racism, or (gasp!) abortion!

Levin goes after the great heroes of the left, showing exactly how tainted their history really is — and he doesn’t even have to invoke evidence from the Civil War (even though the President of the Confederate states was a Democrat, as were his generals) nor from Plessy v. Ferguson’s separate but equal case.

He doesn’t have to go that far back to make his case. There’s enough evidence from living memory and more recent history.

Imagine if you were to invite a few people of different political or racial backgrounds together to discuss the points Mark raises in this video? You might kickstart a meaningful conversation about the role of race in American politics rather than the opportunism shoved down our throats with 1619 and ‘equity’ causes.

Who knows? This could help wake people out of their slumber and help reverse the left’s ‘Fundamental Transformation of the United States Of America.

Piercing the lie that the left is and has always been the Great Protector of the minority voter could go a long way to open the door to honest citizens asking questions about what other topics the left and the media have been lying to them about.

When honest citizens ask questions they had not considered before, it can be dangerous.

It might even be the one thing propaganda efforts like the one currently orchestrated by the fake news cabal, big tech, and Democrat spin doctors cannot defend against.