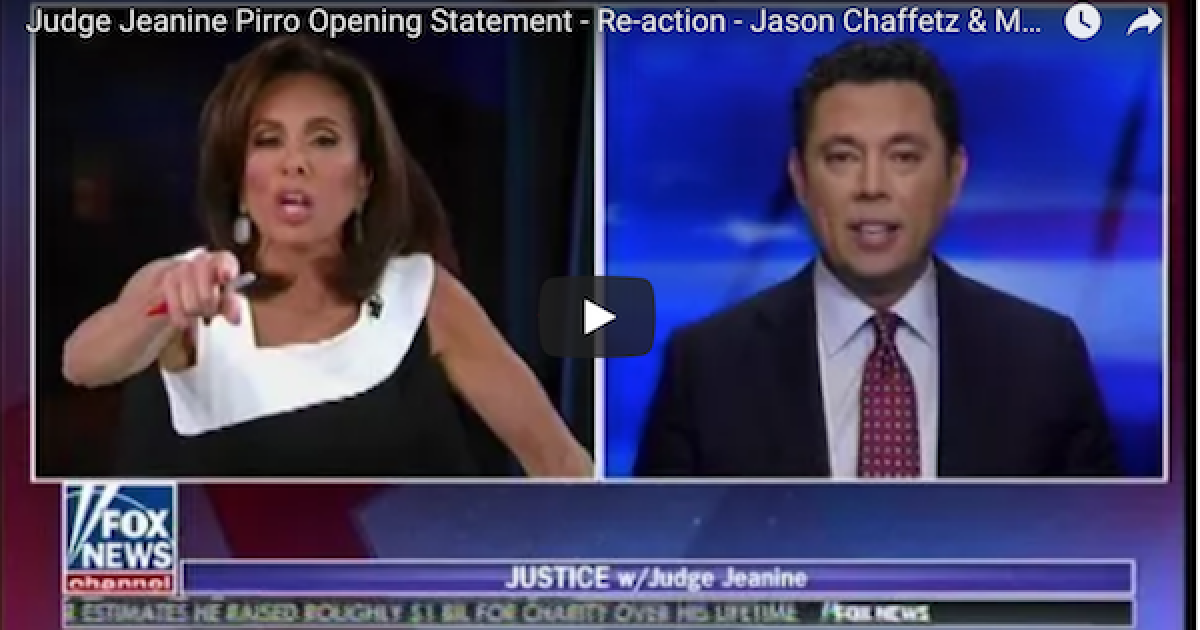 “Barack Obama and his administration did things that if we did we’d all be in jail right now,” Pirro said, highlighting her long legal career. “Now the Republicans are in power and I am not suggesting that the Party has anything to do with it, but when we see blatant obstruction of justice like we have seen in the Obama Administration – example, when you’ve got Eric Holder committing perjury and being held in contempt. You were Head of Government Oversight and Reform, correct? You guys held him in contempt, yes or no?”

“Ok, why is he not being charged with a crime?” she asked.

“I can tell you that while I was in Congress and the Chairman of the Oversight Committee, I did go over and visit with Attorney General Sessions and it was one of the most frustrating discussions I had because whether it was the IRS, Fast and Furious, the email scandal that we went through, I did not see the Attorney General willing to just let Lady Justice administer justice and then follow through. I understood maybe the last six months of the Obama Administration,” he began.

“You spoke with Sessions on IRS, Fast and Furious. Did he give you a reason? Did he say he was presenting anything to a grand jury? Yes or no?” Pirro asked.

“No, he basically let me know he wasn’t going to pursue anything on the major cases,” Chaffetz said. [Emphasis added]

“So IRS, on the major cases? Are we talking about Hillary Clinton, because I haven’t even gotten to her yet,” Pirro said in a follow-up.

“Yes, the email scandal of Hillary Clinton. We had Bryan Pagliano. I issued a subpoena for him to appear before the Committee and he said “No”. He didn’t even show up. We issued another subpoena. The US Marshals served it. And you know in my world, if you’re in court, I guarantee you that a subpoena is not an optional activity. We wanted the Attorney General to prosecute him and he said ‘No’,” Chaffetz said.

Here’s a video of the exchange: