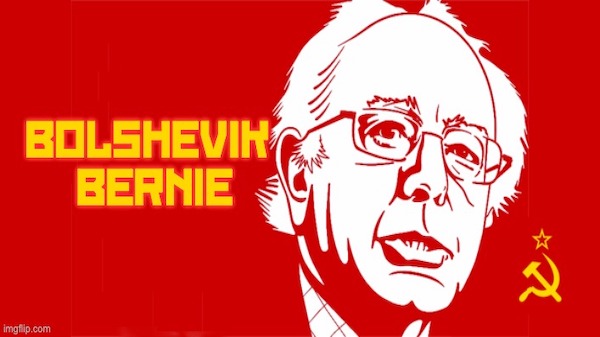 A lot is riding on that runoff race for the Georgia Senate. And the levers of power are so close that Bernie can almost taste it.

Fortunately for us, he’s not much of a poker player. Unlike Joe, who’s desperately telling his party to play it cool and pretend they’re not leftist zealots — at least until after the vote on January 5th — he’s already tipping his hand.

This really shouldn’t surprise us. He was upfront about his intentions of using his loose affiliation with Never-Trumpers to topple the President, only to immediately begin a battle over who REALLY drives the agenda on the day AFTER the election.

This is exactly what the right has been saying about Joe being a Trojan Horse the hard left would use to seize power that they could never capture had they run an open pseudo-soviet.

But a power-struggle within the party once they were swept back into power? THAT they could do… piece of cake.

And with two crazy leftists running for the Georgia Senate — Bernie is salivating over the possibilities.

.@BernieSanders just admitted he wants to use @Ossoff & @ReverendWarnock as pawns to implement his radical socialist agenda on Georgians. Send him a message that the road to socialism will never run through Georgia by voting for @KLoeffler and me today! → https://t.co/Y1KedicoBn pic.twitter.com/sfnPy5fBzq

Even Helen Keller could have seen this coming. (Incidentally, the left is working on canceling her, too. Time Mag. Liberal Says Helen Keller ‘Just Another Privileged White Person’ (yes, they are talking about THAT Helen Keller).

Bejing Biden has already been set up for the socialist takeover. That’s the reason he was pushed to select Kamala Harris as his VP and his obvious loss of mental capacity were ignored. If the Democrats take the two Georgia seats to give the radicals the majority in both houses then Dementia Joe will be in trouble.  The theory is that once he gets “comfortable” in the oval office, his own party will bring up the 25th amendment and boot him back to his basement in Deleware. Kamala, who is even more radical than Bolshevik Bernie will become POTUS and grease America’s skid down the socialist abyss.

Would the Dems be on board with that- you betcha!