Bold Move or “Leave it to Beaver?”

To paraphase Stewart Ain in this week’s Jewish Week article, Same Old Initiative?, Did Israeli PM Echud Olmert make a bold move with his “peace” offerings this past week or is TV’s Rerun season starting a bit early this year? Many of the pundants he spoke to thought that his speech at Ben Gurion’s grave was like watching an old episode of “Leave it to Beaver”— as soon as you got two minutes into it you know how the whole darn thing ends.

Haim Malka, a senior fellow at the Center for Strategic and International Studies in Washington, said Olmert was simply repackaging offers he had previously made. The difference, he said, is that instead of withdrawing from areas of the West Bank unilaterally, it would be done in consultation with the Palestinians.

Yossi Alpher, a political analyst and editor of the Palestinian-Israeli Web site, bitterlemons.com, said Olmert made the speech knowing that President George W. Bush was flying to Jordan this week to meet with Iraqi Prime Minister Nuri al-Maliki. Alpher said Olmert wanted to show he was doing something and maybe get an invitation to meet……This was his spin of the week, Alpher continued. He had a cease-fire and he wanted to spin it out to the greatest advantage. He took the opportunity to build on it, when, in fact, it is an unstable cease-fire and no one knows how long it will last

Gerald Steinberg, a political science professor at Bar-Ilan University, said because Abbas is too weak to make an agreement [and so is Olmert-YWL] with Israel and Hamas would not or ideological reasons, the Saudi plan can be a means of imposing an agreement on the Palestinians. 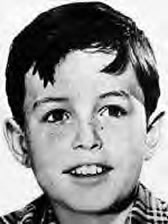 So we are left with an unstable cease-fire and terrorist leaders to weak and/or unwilling to make changes. I guess it is “Leave it to Beaver” Time. You know, it does kind of make sense. Abbas is like Eddie Haskel, who says one thing in front of his “Parents” (the EU and US?) but is really nasty when among the other terrorists. Olmert is like The Beaver, doing stupid things because of his naiveté. And of course Shimon Perez is like Grandpa Cleaver, a VERY old man who wants peace in the family at all costs, and like Perez, was never elected to the position of Prime Minister.

If You Are Divided And Are Fighting Amongst Each Other, You Still Aren’t Paying Attention! (Video)
April 13th, 2021 Sons of Liberty Media

The ACU Creates A Push Back Against The U.S. Corporate Wokeism Threatening Our Liberty
April 13th, 2021 The Lid