A Day Earlier, A Michigan Whistleblower Was Recorded Saying He Was Told To Illegally Backdate Ballots So They Could Be Counted. 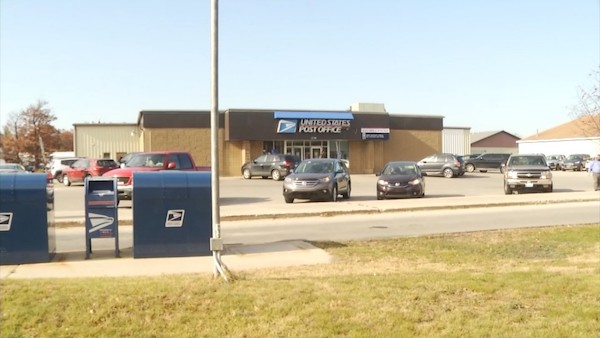 On Thursday, Project Veritas posted a video to Twitter showing a Nevada USPS worker appearing to help provide bogus ballots to help Democrat Joe Biden. This follows their Wednesday video where a Michigan USPS whistleblower says he was told to illegally backdate ballots so they could be counted.

“I’m gonna see if I can get you some(ballots), like a nice little handful,” the Nevada USPS worker told a Veritas journalist.  “What’s your unit number? Let me see what I can do…”

“I’m gonna see if I can get you some(ballots), like a nice little handful…”

“What’s your unit number? Let me see what I can do…”#MailFraud pic.twitter.com/plivtXSDZN

“Every single vote that was sent by mail should be subject to investigation. It is clear that the USPS cannot be trusted,” Project Veritas’ James O’Keefe said.

This comes on the heels of another video in which a postal worker in Michigan said he was told to backdate ballots received on November 4 to November 3.

“We were told to collect any ballots that we find in mailboxes, collection boxes, et cetera, for outgoing mail, at the end of the day, we are supposed to separate them from the standard letter mail, so they can hand-stamp them with yesterday’s date—and put them through the Express Mail system—to get wherever they need to go…For clarification, today is the fourth of November.” USPS insider

As noted in the LidBlog:

We are dealing with many of the political elites and their sycophants in the mainstream media who have been trying to oust Trump since November 2016. We don’t know what’s going on, because there are too many complaints of irregularities that are not being covered except by citizen journalists. Making matters worse, the lack of transparency in the states still counting votes increase public suspicion.

(…) No matter who ends up winning this election, the American public must have confidence in the results, and the way the process is being handled and reported erodes that confidence. As Marcellus says in act one of Hamlet, “Something is rotten in the state of Denmark.”