Boehner Declares WAR on Obamacare (But Will He See it Through?) 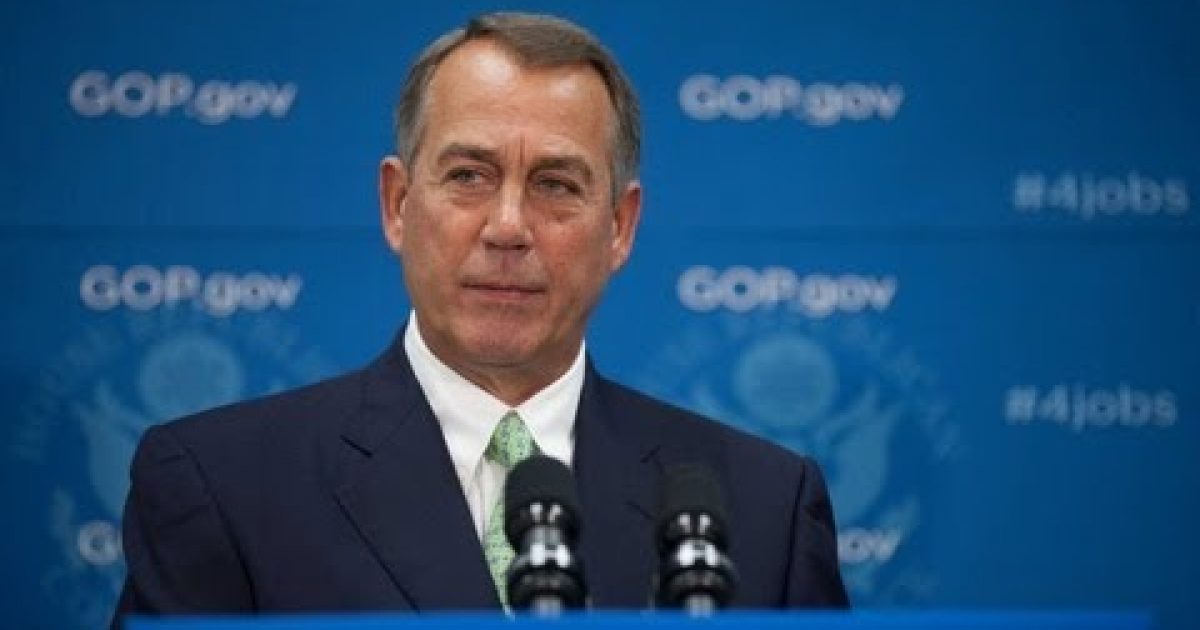 Realizing that the latest polls show an increasing voter angst about Obamacare, House Republican leadership announced this morning they will make de-funding the president’s signature legislation part of the House continuing budget resolution and delaying Obamacare part of the resolution to raise the debt ceiling.

Speaker Boehner (R-Ohio), flanked by his leadership team, told reporters the stopgap government funding bill they will vote on this Friday will include a rider to block Obamcare.

“The law is a train wreck,” Boehner said. “The president has protected American big business. It’s time to protect American families from this unworkable law.”

In addition, House Majority Leader Eric I. Cantor (R-Va.) laid out his party’s legislative grab bag of requests that will be attached to a bill that would lift the debt ceiling, including a delay of the health law, an overhaul of the tax code and approval of an energy pipeline running from Canada to the Gulf Coast.

That fight will continue as we negotiate the debt limit with the president and the Senate,” said House Majority Leader Eric Cantor, R-Va.

“This is the best plan that I’ve seen so far,” said Rep. Matt Salmon (R-Ariz.), one of several more conservative members who seemed buoyed by Boehner’s decision to adopt a strategy they’ve pushed for all summer.

“Leadership has been very receptive to the messages of the members and then making adjustments as necessary,” said Rep. Tom Graves (R-Ga.)
Rep. Mark Meadows (R-N.C.), agreed: “There’s an overwhelming sense of support to be unified going forward.”

“I don’t think there’s much doubt about his passion or his commitment to getting something done and frankly when we’re at 218 we’re at our strongest, that was the basic message,” Cole said. “We’ve been looking for the formula to gets us there and he thinks he’s found it.”

The ultimate goal of these bills is not to de-fund Obamacare because in the end there is no way  the President will sign a bill that cuts out his government takeover of the medical industry.  They may however, force a vote in the Senate where because it’s a spending bill (just like the original legislation) only 51 votes will be needed. In that case with Democratic Senators facing the wrath of their voters, who knows what will happen. Even if these bills are thwarted it puts these progressive Senators on record as we approach the 2014 elections.

While this move is sure to be criticized by the media, progressives, and  RINOs as extreme–this is exactly the purpose of the House per the constitution.  There is a reason why the House was given the power of the
purse in the Constitution. It’s because they are the part of the federal government who are
closest to the people (as they need to submit to their will every other
year). The people are demanding an end to the oppression of Obamacare and a cut in government spending. Speaker Boehner is bowing to the will of the people.

If the Senate passes their version of the bills without the anti-Obamacare provisions there is not a lot of confidence the GOP leadership will stick to their guns in a conference committee. But who knows—this still is America where anything can happen.