In A Trolling Sort Of Way 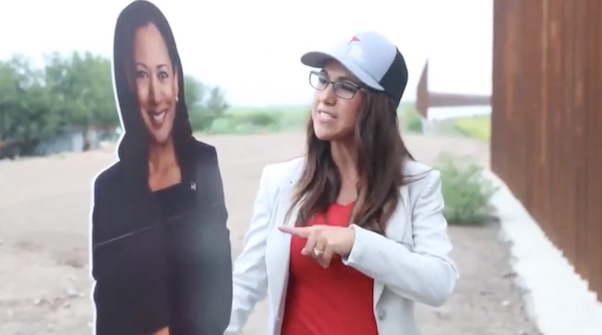 Recently, two politicians have shown an uncanny ability to leverage social media to advance a message: Trump and AOC. Who will fill the void now that Trump is silenced? We have a contender…Lauren Boebert (R-CO) If Democrats thought they could bully Boebert into complicit silence, they seriously underestimated her. She took the opportunity to mock VP Kamala Harris for not going to visit the border, by taking Kamala to the border (in a trolling sort of way). Boebert Harris Southern border

It was her confrontation with Beto O’Rourke at a town hall in Aurora, Colorado, “I was one of the gun-owning Americans who heard you speak regarding your ‘Hell yes, I’m going to take your AR-15s and AK-47s.’ Well, I’m here to say, ‘Hell no, you’re not,’ that thrust Boebert into the spotlight.

Another example of Boebert’s backbone was her response to Rep. Katie Porter (D-CA). Porter said the gun display she saw in a Zoom video from Boebert’s home was an example of unsafe gun storage and more dangerous than the bacteria on the pile of dishes in Porter’s kitchen sink. Boebert’s response was a simple,  “Do your dishes, Hon.”

And of course, there was the video she distributed, criticizing the House Speaker, Nasty Nancy Pelosi (D-CA), for turning the Capitol into a “fortress” while objecting to the southern border wall.

Does any of this sound like someone who’s easily bullied into silence?

One of the issues she has been taking a strong stand on is the Democrat’s willful neglect of border enforcement. That responsibility was handed over to Kamala because we are told the co-president is so very uber-competent. Well, at least Geraldo thinks so (but he’s just hoping the VP can help him find Al Capone’s REAL vault).

With literally hundreds of thousands of people streaming over the border a month, the best effort she can muster is a trip to Guatemala with a tepid ‘please don’t come.’ The only effect this had was pissing off AOC because it offends her agenda. But in AOC’s defense, she is just hoping to find an Illegal alien who can teach her how to use the garbage disposal in her apartment.

In her grand speech when she got there, Harris couldn’t even say they would be turned back at the border without dropping in the weasel words ‘I believe’ to reduce them from an authoritative declaration to merely an expressed opinion. Don’t expect the adoring press to show THIS photo of the reception she got there: 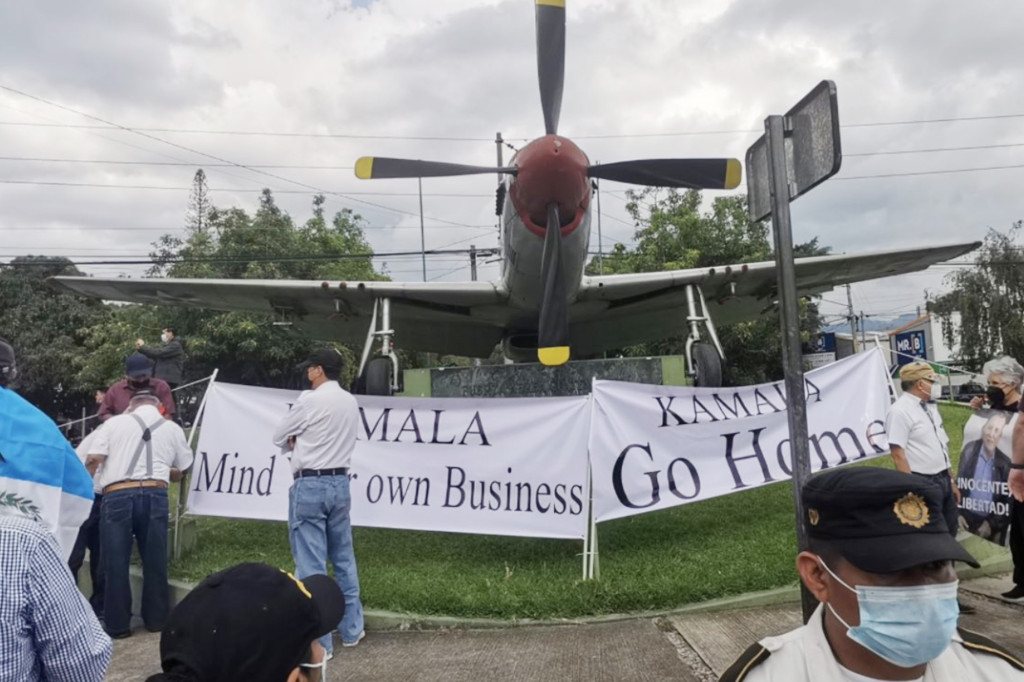 She and the other Dems do NOT have an issue with the flood of people coming in. It fits their overall strategy. They have been leveraging the whole ‘easier to ask forgiveness than permission’ approach to their party’s longstanding practice of ‘fundamentally transforming America. It has worked in the past, and they’re betting on it working again.

Why is Kamala so desperate to avoid the border?
It’s simple. She’s afraid of the photo op, which would be powerfully damning evidence against the party in the 2022 election. It’s the same reason that government officials with legitimate oversight responsibilities have been denied access to the facilities, or that Biden’s admin sent some woman to stand in the way of the Senators when they tried to take photos of the children wrapped up like baked potatoes in overcrowded cells.

Boebert took a page out of AOC’s playbook.
If Kamala doesn’t go to the border because she fears the photo op, just create an artificial viral moment at the border to embarrass her … like AOC tried to do during the whole ‘kids in cages’ issue she is suddenly no longer passionate about.

Here she is taking a cardboard cutout of ‘Cackling Kamala’ on a tour of the border to see what’s really going on down there.

Lauren gives a recap of ‘what’s up at the border. Kids abandoned to the cartels, sex trafficking, illegal entry, and others. She lists what’s NOT up — enforcement, CPB budgets, respect for our border.

It’s a man-made crisis, and she says so.

And then the coup-de-grace telling the cackling Kamala cardboard cutout, ‘I want you to stand here and look at what you’ve done.’

Stunts like this are also great fodder and framing for the ads that are sure to start coming a little more than a year from now when it’s time to take back the House and Senate. Even if Harris doesn’t feel the heat, there are plenty of Democrats in purple districts that will.

Let’s keep tactics like this one coming. Dems have no innate sense of shame, but they DO understand public pressure and outrage. Make them play by their own damned rules for once.