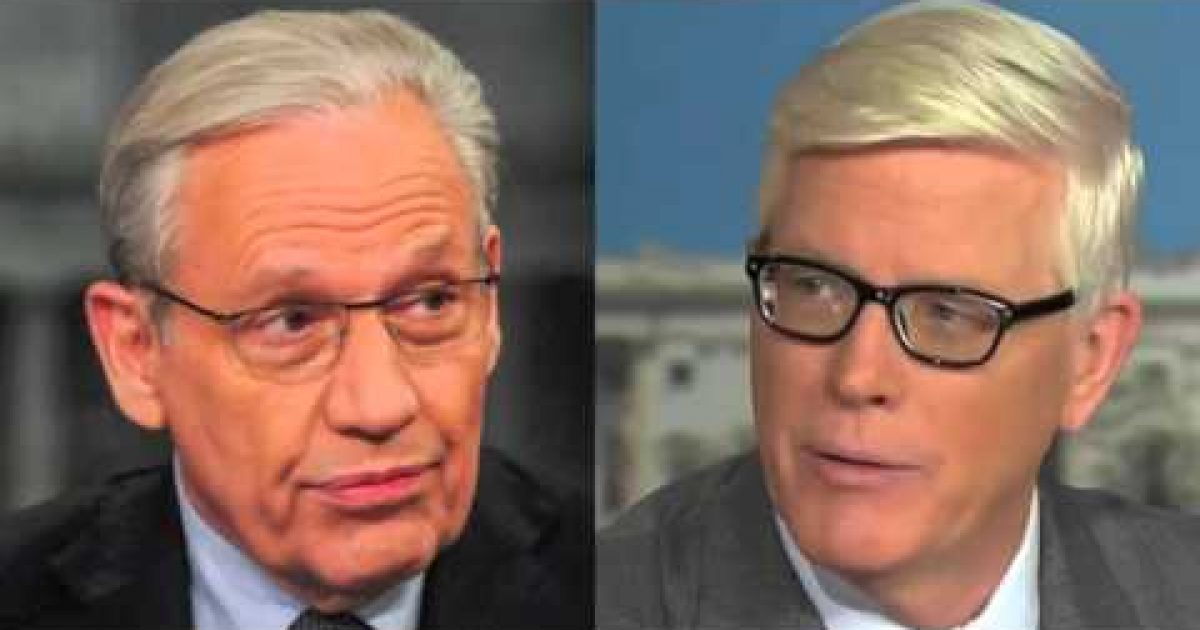 When the great political cartoonist Michael Ramirez created used his art to comment on the Hillary Clinton testimony at the Benghazi hearing, he compared her to Richard Nixon.  Coincidently when Bob Woodward was on the Hugh Hewitt Show on Friday evening, the host asked the Washington Post reporter to compare Ms. Clinton to Nixon.  The text and video of that interesting segment is below:

Hewitt: So I want to close by asking about…

Hewitt: Alexander, Herbert (laughing) thinking of Herb Block, I’m getting them confused. How do you compare Hillary and RN? Do you think they have similar personality traits?

Woodward: Oh, boy, happily, I’m not a psychiatrist. And almost easier to explain the Creation of the universe than to answer that question. I mean, there are elements. I think the challenge now for the political system and the journalistic world is to really understand Hillary Clinton and look at all stages of her life. There was an interview that Charlie Rose did with Putin last month. Did you see it?

Woodward: I mean, it’s an amazing interview, because Rose asked Putin, he said well, you know, you were in the KGB. There’s a saying once in the KGB, you’re always in the KGB. And then Putin just kind of sitting there rather calmly said not a stage of our life passes without a trace.

Hewitt: Interesting. It was fascinating.

Hewitt: But you started to say…

Hewitt: And you started to say there are elements of, I think you were going to say of similarity between Nixon and Hillary. What are they?

Woodward: Well, there is a secretiveness. There’s no question about it. My former colleague, Carl Bernstein, who wrote a long, very well-researched book on Hillary Clinton, makes the case that she and the truth don’t go together that often [Note: Bernstein is very liberal]. And there are examples of that. But she has a strength. I think that was demonstrated yesterday in her testimony, and so somebody, you know, somebody’s got to come at this dispassionately as a reporter, as okay, who is this woman? What’s, you know, every stage of her life, what traces did it leave? And it, you know, can be done. And I think it will be done.

Hewitt: Are you going to do it? Is that your next book?

Woodward: Well, I’m not sure, and you know, I’m, I know the Washington Post is committed to that, my newspaper, and I think other news organizations are. It’s got to be done in-depth. I did this with reporters at the Post in 1988 with George Herbert Walker Bush, and we did a 20,000 word series. And he wouldn’t talk to us. He was unhappy with it, and one of this top aides said well, it’s as if Bush went through a metal detector. But the metal detector in this case is a long tunnel. And there was lots of little beeping and chirping, but no disqualifying evidence. And you look at Bush, and I think that’s the case now.

Hewitt: Bob Woodward, fascinating book, great to talk to you, come back again. The Last Of The President’s Men in bookstores everywhere, America, it’s linked at Hughhewitt.com.