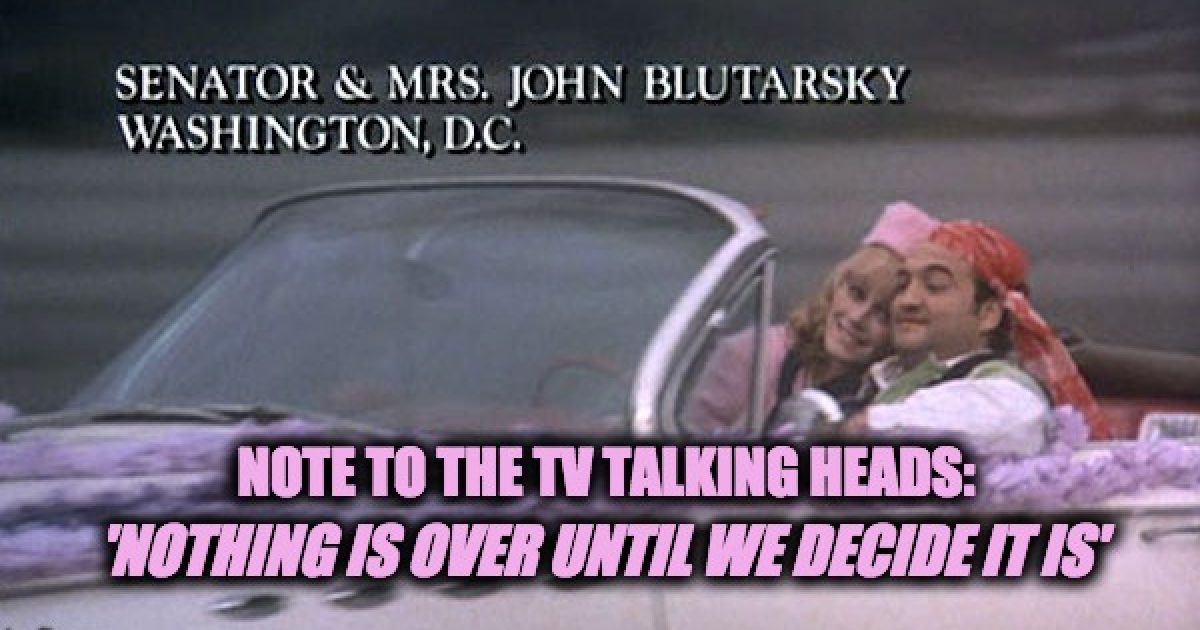 The Democrat Party and its lapdogs in the national media have been assuring the nation that the Democrats are a can’t-lose bet for retaking the House and maybe even the Senate in the coming midterm elections. But, a recent poll shows that the big Democrat advantage is already dwindling –at least among millennials — months before campaigning even gets serious.

Enthusiasm for the Democratic Party is waning among millennials as its candidates head into the crucial midterm congressional elections, according to the Reuters/Ipsos national opinion poll.

The online survey of more than 16,000 registered voters ages 18 to 34 shows their support for Democrats over Republicans for Congress slipped by about 9 percentage points over the past two years, to 46 percent overall. And they increasingly say the Republican Party is a better steward of the economy.

Although nearly two of three young voters polled said they do not like Republican President Donald Trump, their distaste for him does not necessarily extend to all Republicans or translate directly into votes for Democratic congressional candidates.

One big reason pollsters think that some young people are starting to give the GOP a second look is over the Grand Old Party’s economic policies that have turned Obama’s economic mire into a Trumpian economic powerhouse.

Young people are finding jobs more easily which means they are better able to start paying back their student loans.

Don’t mistake that Democrats are still favored by young people. But what we are seeing with this poll is that the Democrat Party is not engendering a high energy level of support and this is worrisome for the far left party because it means that young people are not very excited about going to the polls to vote.

This is an important point. After all, for every election, Democrats and their media lapdogs tout the fact that young people usually lean to the left. Democrats always say that THIS is the year that the youth vote will put them over the top. And yet, nearly every year young people don’t bother voting in the numbers Democrats anticipate. And if we are already seeing low energy among millennials, that does not bode well for the Democrats.

Reuters interviewed several millennials for its April 30 report and one young black man said something that should also worry the Democrats:

Terry Hood, 34, an African-American who works at a Dollar General store in Baton Rouge, Louisiana and took this year’s poll, said he voted for Democrat Hillary Clinton in the 2016 presidential election.

But he will consider a Republican for Congress because he believes the party is making it easier to find jobs and he applauds the recent Republican-led tax cut.

“It sounds strange to me to say this about the Republicans, but they’re helping with even the small things,” Hood said in a phone interview. “They’re taking less taxes out of my paycheck. I notice that.”

Former Clinton advisor Phillippe Reines is worried about this very thing happening to more millennials. Reines recently appeared on C-SPAN and said that if too many young people realize just how good the Trump tax cut is for them they will start dumping the Democrats in droves.

Then there was the millennial mugged by reality:

Ashley Reed, a white single mother of three in New Hampshire, said a teenage fascination with Democrat Barack Obama led her to support his presidency in 2008. But her politics evolved with her personal life.

Reed, now 28, grew more supportive of gun rights, for instance, while married to her now ex-husband, a U.S. Navy technician. She lost faith in social welfare programs she came to believe were misused. She opposed abortion after having children.

Reed plans to vote for a Republican for Congress this year.

“As I got older, I felt that I could be my own voice,” she said last month in Concord, New Hampshire.

In other words, with maturity and the simple act of starting to pay more attention drew this voter away from the bull crap the Democrats peddle.

The GOP claims they intend to start targeting this block of voters. But it won’t be easy.

“This is a generation that has much more access to information than others,” New Hampshire GOP candidate for Congress Eddie Edwards told Reuters. “Unless you’re addressing those issues that are important to them, it’s hard to get them involved.”

Still, don’t count on the GOP for being able to do an effective job with any outreach programs. They don’t call the Republican Party “the stupid party” for nothing.

But, a warning: There is no reason to get complacent this far out from Election Day. So far, in most of the special elections we’ve seen, Democrats have won, sometimes even in GOP strongholds.

So, as U.S. Senator John “Bluto” Blutarsky said, “nothing is over until we decide it is.”

The Reuters/Ipsos poll was conducted online in English throughout the United States. It gathered about 65,000 responses in all during the first three months of 2018 and 2016, including 16,000 registered voters between the ages of 18 and 34 and nearly 11,000 registered white millennial voters.