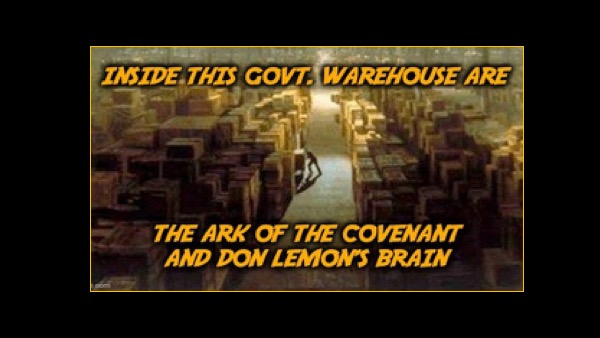 On Monday, Don Lemon, CNN’s craziest nutjob, announced that “We’re gonna have to blow up the entire system.” What Lemon means is that the system that has governed the nation for over 200 years, in his view, needs to be destroyed and replaced by, what, exactly?  Mob rule?  A communist dictatorship?

What Lemon wants is an end to a representative democracy, where the rights of the minority are protected from coastal elites.  In short, he wants an end to the Electoral College, and he seems to think that if Biden is elected, the Constitution can simply be amended to make it happen.  He also wants Democrats to pack the courts to ensure a radical agenda is crammed down our throats.

Lemon’s declaration was too much for fellow propagandist Chris Cuomo, who tried, unsuccessfully, to pull him back from the abyss.

Cuomo tried to inform him that it wouldn’t be that easy, but Lemon apparently wasn’t hearing it.

Here’s the relevant portion of the segment:

UNHINGED: CNN’s Don Lemon: “we’re going to have to blow up the entire system”https://t.co/RJ7tTPEyyd pic.twitter.com/gA5UftwnDy

And here’s more, for context, from Newsbusters:

If you watch the clip, you can hear the rage and frustration in Lemon’s shaky voice (not to mention his ignorance of how constitutional amendments work), you can also see the rage in his watery eyes. He’s furious that a duly elected president and a duly elected U.S. Senate — a man and a governing body elected by the people — are about to do their constitutional duty and replace a Supreme Court Justice.

So, because the CNNLOL crybully isn’t getting his way, he wants to change the rules, he wants to strip the minority of all their rights and win through the tyranny of majority rule.

Further, he wants to violate one of those precious norms the media always talk about protecting, by stacking the highest court in the land until there are enough justices who will give the CNNLOL crybully everything he wants.

This is no idle threat.

CNNLOL does not make idle threats.

CNNLOL has been the tip of the spear of normalizing, encouraging, and defending political violence. The domestic terrorists in Black Lives Matter and Antifa are CNNLOL’s Brownshirts, and CNNLOL has gone to the mat to defend their Brownshirts and their violence.

CNNLOL has openly called for violence.

These people are evil. They are monsters, and God help us in November if their evil and monstrous tactics are validated.

We tend to agree.  And it’s not just CNNLOL, as Nolte describes it.  It’s also MSNBC, the official network of insane bloodthirsty liberal rage, hate and lying propaganda, and others.

There is, however, this take on the segment:

It takes alot to make Chris Cuomo sound smart, but boy did Don Lemon do it. https://t.co/A7x9dmCH50