Bloomberg Said To Be Under Investigation For Buying Votes In Florida 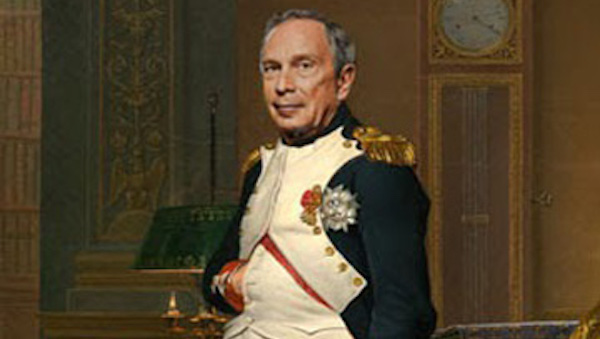 On Tuesday, The Hill and others reported that failed Democrat presidential candidate the diminutive Michael Bloomberg has raised over $16 million to help convicted felons in Florida register to vote.  The monetary obligations for 32,000 criminals have already been paid, Axios reported. There are some who believe that action was against the law, and it is being investigated by Florida Attorney General Ashley Moody. Bloomberg investigated for buying votes

“The right to vote is fundamental to our democracy and no American should be denied that right,” a Bloomberg spokesperson said. “Working together with the Florida Rights Restoration Coalition, we are determined to end disenfranchisement and the discrimination that has always driven it.”

But Former Department of Justice attorney, now a legal analyst J. Christian Adams argued that Bloomberg is breaking federal, and possibly, state law. Essentially he is buying votes from felons, even though a 2018 state law reinstates voting rights for felons provided they pay all fines, fees, and restitution owed to the government.

Also, Adams said tax implications are involved in this scheme as the former jailbirds need to report Bloomberg’s cash gifts as taxable income.

Rep. Matt Gaetz(R-FL) also believes Bloomberg is breaking the law. He has called for a criminal investigation of Bloomberg,

‘I believe there may be a criminal investigation already underway of the Bloomberg-connected activities in Florida,’ Gaetz told Fox News host Sean Hannity, accusing the former Democrat presidential candidate of attempting to buy off votes for Biden.

Gaetz said that he had already contacted Florida Attorney General Ashley Moody, a Republican, to urge her to investigate whether the scheme violates Florida law.

‘If Michael Bloomberg was offering to pay off people’s credit card debt,’ Gaetz added, ‘you would obviously see the value in that.’

‘[W]hen you improve someone’s net worth by eliminating their financial liabilities, that’s something of value,’ he went on.

‘Normally, it would be very difficult to prove that that was directly linked to impacting whether or not someone was going to vote. But they literally wrote their own admission.’

A memo from the Bloomberg team, obtained Tuesday by the Washington Post, may turn out to be a smoking gun. The memo explained that the billionaire businessman saw paying off the felony debts as “a more cost-effective way” of adding Democratic votes as opposed to convincing people to change their vote. “We have identified a significant vote share that requires a nominal investment. The data shows that in Florida, Black voters are a unique universe unlike any other voting bloc, where the Democratic support rate tends to be 90%-95%,”

In his interview, Rep. Gaetz argued that the memo helped prove that this could be viewed as bribery.

Bloomberg’s liberalism, combined with his Napoleon Complex, makes him believe he can use his money to get his way.  He spent nearly a billion dollars to run for the Democratic nomination–it didn’t work., Now he is spending $100 million to win Florida for Biden, on top of the  $16 million to buy the votes of ex-felons in Florida. Hopefully, that won’t work either, and quite possibly, the felon part of his spending may be stopped by the Florida Attorney General.

The video below is the aforementioned Rep. Gaetz interview with Sean Hannity.