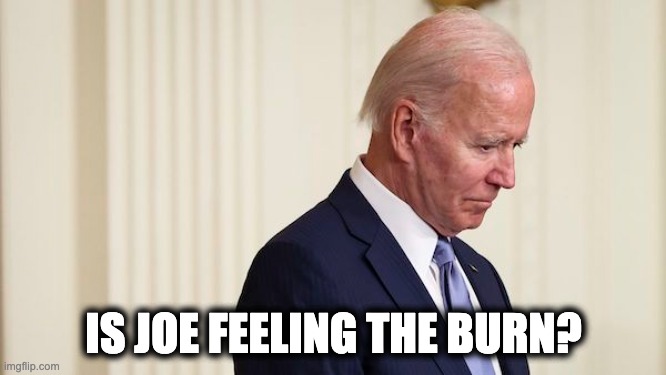 The Democratic Party has been struggling of late. That’s plain to see. Despite his electoral victory, their decision to bring Joe Biden into the 2020 race has backfired. Biden’s approval ratings continue to plummet, and the “red wave” continues to barrel toward Congress.

Even 2 years removed from the heart of the 2024 election, there are concerns about Biden’s reelection hopes from within the Democratic machine, as politicians on the left side of the aisle continue to dance around their support for the idea.

In fact, most Democrats are no longer excited about the idea of a Biden 2024 campaign, and at least one left-leaning political group is actively campaigning to stop him from running again.

A progressive grassroots organization that supported Sen. Bernie Sanders’s (I-Vt.) 2016 and 2020 White House bids announced on Monday that it will launch a campaign to oppose President Biden’s reelection in 2024.

RootsAction wrote in a press release that Biden has been “neither bold nor inspiring” since taking office early last year. And because his “prospects for winning reelection appear to be bleak,” it will launch the #DontRunJoe campaign on Nov. 9, one day after the midterm elections.

“In 2024 the United States will face the dual imperatives of preventing a Republican takeover of the White House and advancing a truly progressive agenda. The stakes could not be higher,” RootsAction wrote in the release. “The threat of a neofascist GOP has become all too obvious. Bold and inspiring leadership from the Oval Office will be essential.”

The group wasn’t afraid of telling it like it is.

“With so much at stake, making [Biden] the Democratic Party’s standard-bearer in 2024 would be a tragic mistake,” the progressive group added.

Biden’s continued insistence on running for office again could very well be the downfall of the Democratic Party in 2022’s midterms and 2024’s presidential race, as it would appear to willingly force the party to cleave itself in the public eye.