What A Nice Sister 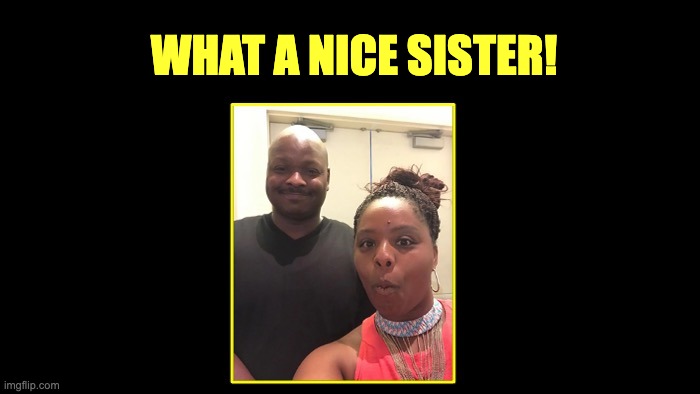 This particular founding member of the Black Lives Matter movement has really managed to make a name for herself… although she’s probably not so thrilled that it’s “grifter.”

In 2020, Black Lives Matter raised $90 million, and it’s unclear how that money was spent. There was a lot of criticism by local BLM chapters that the national organization wasn’t providing them with funding.

It has been unclear who is responsible for the funds after Cullors stepped down from her position at the charity a year ago.

We now have a better look at where that money went, and it didn’t go to local chapters.

According to tax filings, hundreds of thousands were siphoned out to friends and family of co-founder and clandestine real-estate investor Patrisse Cullors.

The co-founder’s brother, Paul Cullors, saw a cool sum of $840,000 hit his bank account for allegedly providing security services to the nonprofit organization, tax documents seen by The Post show.

Meanwhile, the organization paid a company owned by Damon Turner, with whom Cullors shares a child, almost $970,000 to help “produce live events” as well as other “creative services.”

The foundation had an operating budget of about $4 million, according to a board member.

Previously, Cullors admitted that her sister, mother, and brother were all employed with the organization.

But it appears it wasn’t just family and friends of Cullors that were benefiting from the tens of millions raised.

A consulting firm run by Shalomyah Bowers, who is BLM’s board secretary and has previously served as deputy executive director, was paid more than $2.1 million for providing the organization with operational support, including staffing, fundraising and other key services.

According to the Form 990 document required by all 501(c)(3) organizations to maintain their charity status, nearly $37 million was spent by the foundation on grants, real estate, and charter on private flights, and another $32 million was invested in stocks. Organizers say that the stock portfolio is expected to become an endowment to ensure the foundation’s work continues in the future.

In short, BLM is still worth tens of millions and isn’t going away anytime soon.

Since the horrific Buffalo killing spree, the organization has been quite active on Twitter. They’re explicitly calling this “right-wing violence” — even though in the “manifesto” the shooter wrote, he identifies himself more with the left than with the right.

Black people continue to live in fear of police, white supremacist vigilantes, and for their basic safety in public. And the answer isn’t more money for police.

White supremacist violence and right wing vigilante violence are on the rise. The American legal system is designed to uplift and protect it.

But you can’t let the facts get in the way of a successful grift, right?