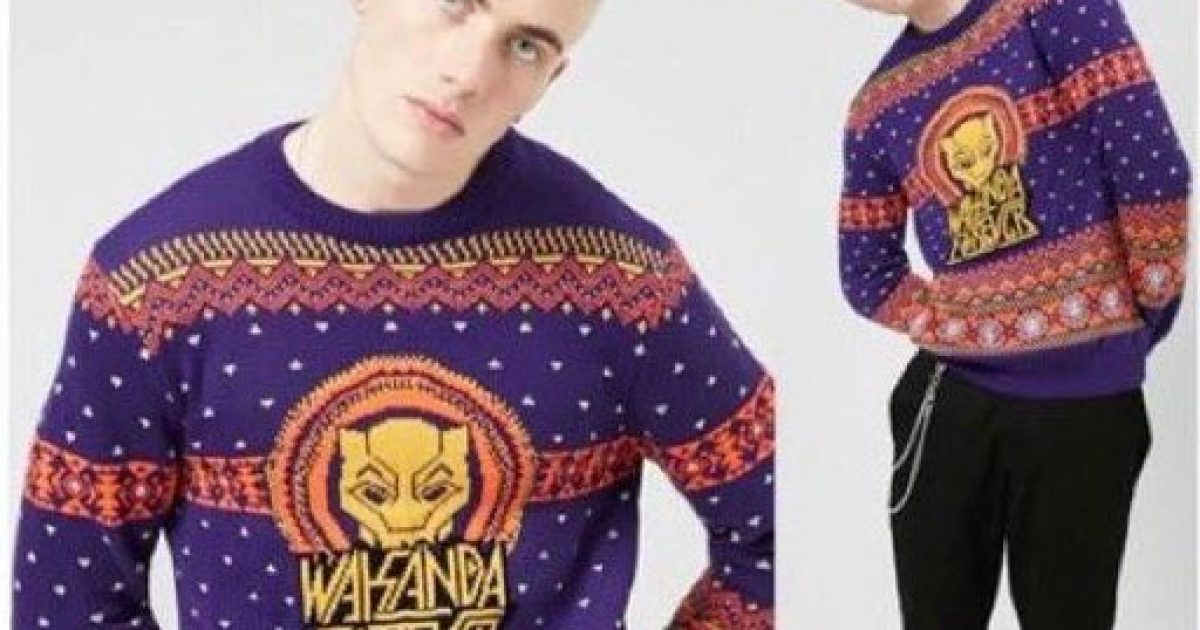 Clothing retailer Forever 21 has been forced to apologize for daring to advertise a sweater based on the Marvel superhero film Black Panther because its ad featured a white man modeling the item.

For those who haven’t seen the movie (you should), what made The Black Panther such a great movie isn’t that the lead character, as well as much of the cast, is African. It’s because it was an entirely different kind of superhero movie. If the bard, William Shakespeare wrote the plot for a superhero movie it would have been similar to Black Panther. Less than a movie about a person with superpowers, Black Panther is about political intrigue and someone trying to remove a king from his rightful place on the throne. It’s the basic plot of Shakespeare’s Julius Caesar,  Hamlet, Macbeth, Richard III, and Richard II. However do not fear superhero fans, the script is not in iambic pentameter, nor is it in 16th century English. Black Panther is a different kind of superhero movie, in theme and in its politics, but it is a superhero movie.

But apparently, social justice warriors believe that Caucasians are not allowed to like Black Panther or something like that.

Some left-wing, race-mongering fellow on Twitter spoke about the issue saying, “Not even Wakanda can escape gentrification.” Another demanded to talk to the advertising department.

I wanna speak to your advertising department, @Forever21. Someone approved this and thought this was going to work. ???? https://t.co/aWefYUeBfY

Hey @Forever21, In What Universe Did You Think It Was Ok To Feature A White Model In Wakanda Gear? Granted, Chances Are You Knew It Wasn't Ok, But Still. As A Former #21Men Brand Specialist For The Company, I'm Highly Offended.

According to the New York Post, some whiners immediately attacked the clothing company.

The post quickly sparked an online debate about whether this was an example of cultural appropriation or inclusivity.

“In what universe did you think it was ok to feature a white model in Wakanda gear?” one user wrote on Twitter. “I’m highly offended.”

.@Forever21 just pulled this listing, apparently over the backlash: pic.twitter.com/9Y2FZv7jlj

For whatever reason, Forever 21 also apologized.

“Forever 21 takes feedback on our products and marketing extremely seriously. We celebrate all superheroes with many different models of various ethnicities and apologize if the photo in question was offensive in any way,” the company wrote in a statement published by The Hollywood Reporter.

One has to wonder how movies would fare if they were restricted only to certain groups of people? Should black people be barred from watching Captain America films because the character is white? What about Magneto in the X-Men films, since the character is Jewish should anyone other than a Jew be banned from playing the role? Can anyone who is not Asian go see the hit film Crazy Rich Asians? How much segregation to these social justice warriors want?

Even before the movie, Marvel’s Black Panther character was one of my son’s favorites, do I need to force him to toss his Black Panther comics because it makes some PC idiots cry? No Way! I agree with Ana Maria Anderson’s tweet below:

If this was done to drive traffic to your social media page @Forever21, brilliant! If you truly took down the photo due to backslash, shame on you! You should know that anyone and everyone should be able to wear this sweater. #dontbereactive #standbyyourmarketing

The critics of the ad need stop acting like they have vibranium stuck up their butts.