“As Black voters experience economic pain, their approval of the party in power—Biden and Congressional Democrats—has fallen.” – HIT Strategies 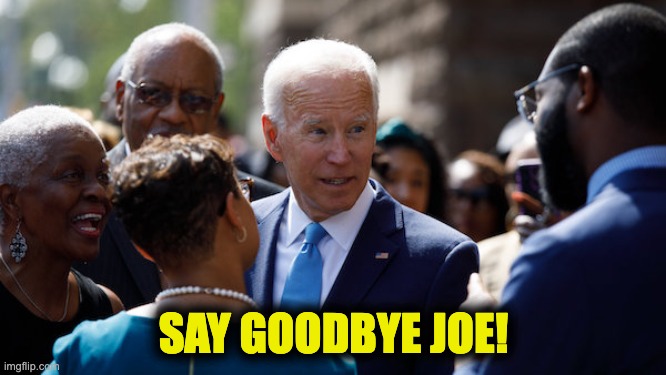 During the campaign, Joe Biden said if you vote for Trump, then you ain’t Black. Biden and most liberal Democrats do not understand that Black voters care about the same kitchen table issues as Caucasians or any other race. Black Americans helped Biden

President Joe Biden’s approval ratings are plummeting, not just among Independent voters, but even among some of his most staunch supporters, Black Americans. 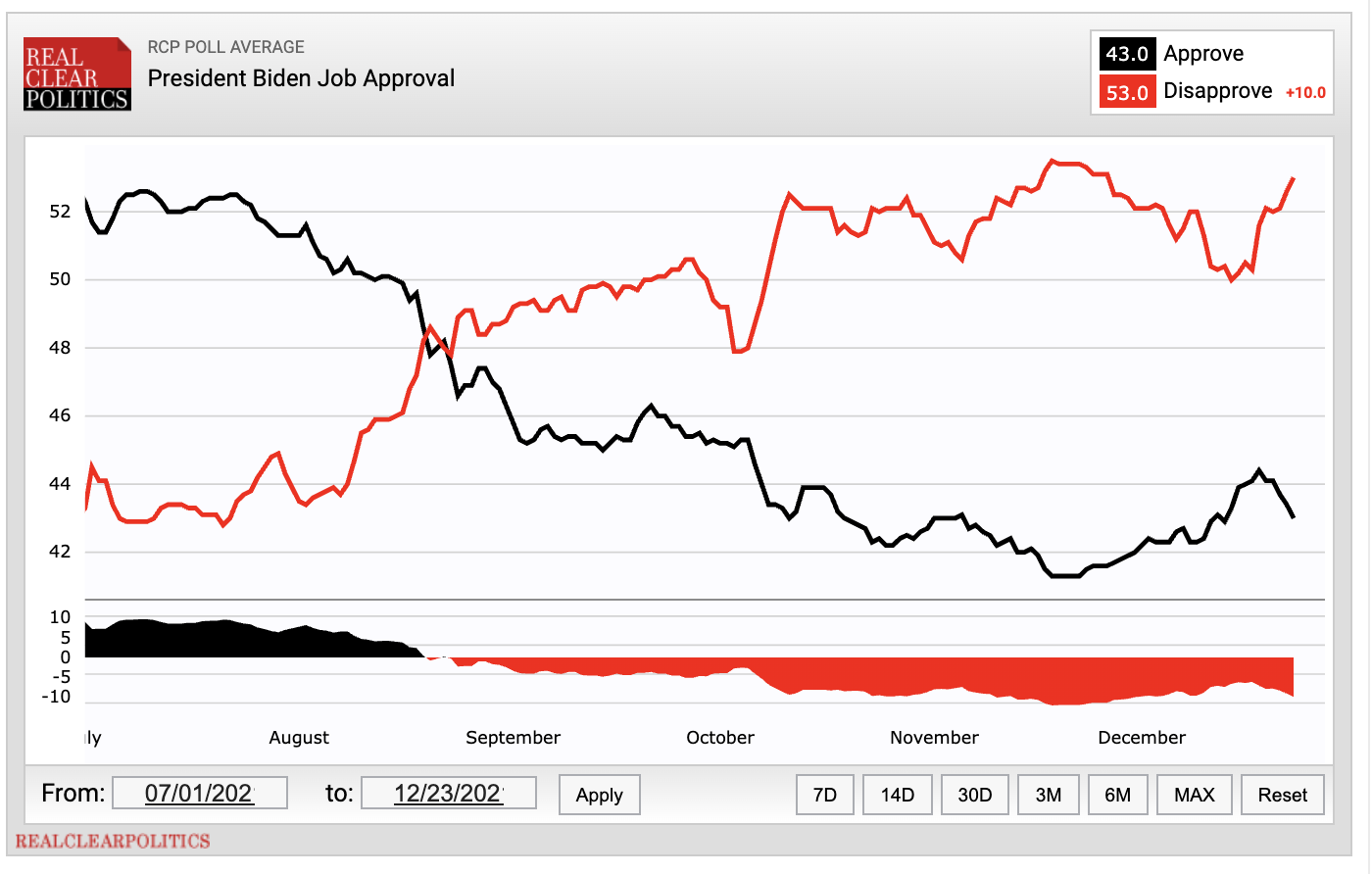 Per  HIT Strategies, a millennial and minority-owned public opinion firm, Black Americans’ net approval for President Biden stood at +76 percent in the summer and fell to +62 percent by October. While the number nudged up slightly to 66 percent in November, it remains 10 points lower than where it stood over the summer. The data was compiled as part of the polling firm’s BLACKtrack survey—a tool developed to document Black voters’ evolving opinions.

According to HIT Strategies:

“Black voters’ optimism about the economy has dived in recent months. We tracked seven questions between the summer and November that captured Black voters’ feelings of economic strife and their predictions about the economic future. On four of those questions, we found an increased frequency of distress; in two questions about the cost of living, we found consistently high levels of economic concern; and we found consistently low stress in only one tracker, security of housing.

“As Black voters experience economic pain, their approval of the party in power—Biden and Congressional Democrats—has fallen.”

Paris Dennard, National Spokesperson and Director of Black Media Affairs for the Republican National Committee, commented on the president’s sinking approval numbers among Black Americans in a guest column in the Carolinian Newspaper. “This is not surprising given where we are today as a nation and how the Black community at large is weathering this Biden-Harris storm,” Dennard wrote. “Things are not good, and far too many things are getting worse.

“While the administration once tried to push a false narrative saying that rising inflation was “transitory” and temporary, we now have experts saying the opposite. Americans will be ringing in the new year, with prices continuing to rise.

“The reality that Democrats and the Biden-Harris administration seem unbothered by lower-income Americans, including many minorities, suffering through this crisis the most. 71 percent of households making less than $40,000 are experiencing financial hardship due to Biden’s hidden tax on Americans this year,” Dennard added.

In a recent Forbes article, Willie Cousins said, “When it comes to the issues that I care about, like voting rights, police reform, and human infrastructure, President Biden is doing a poor job,” Cousins said. “Every day prices are getting higher, and even though I have seen a small increase in my wages, I’m still having to pay more for the basic necessity to keep my family thriving.”

“President Joe Biden needs to come and talk to the Black community and tell us what he is working on and how it will impact our families, neighborhoods, and communities. We have endured a lot during this pandemic, and some of us are still trying to fight our way out,” Cousins explained. “We want our elected leaders to understand that and fight with us, and sometimes it feels like they aren’t fighting hard enough.”

Black media executive Darvio Morrow, CEO of the FCB Radio Network, wrote a guest column recently in Newsweek in which he states, “We have a woke problem in America. I’m not talking about when we Black people agitate for racial justice. I’m talking about what happens when white liberals start agitating on our behalf. And what happens is nothing good.

“The most dangerous people for Black people are white liberals,” Cleveland Councilman Basheer Jones recently told me. “I would rather deal with a person who is openly racist but I can do business with them than deal with a person who says ‘I’m the best thing since sliced bread’ but never allows me the opportunity to grow economically.”

While these comments may seem surprising to people who only view politics as a red team vs. blue team exercise, Councilman Jones is one of a number of Black Democratic elected officials who are boldly calling out the vanity of performative wokeness and the excesses of white progressivism.

In Philadelphia, for example, when District Attorney Larry Krasner recently dismissed concerns about the uptick in crime, it was a Black Democrat who called him to task: former mayor Michael Nutter. “I have to wonder what kind of messed up world of white wokeness Krasner is living in to have so little regard for human lives lost—many of them Black and brown—while he advances his own national profile as a progressive District Attorney,” Nutter wrote in an OpEd.

The problem is that white progressives don’t listen to Black people enough. The very people that they claim to be fighting for are the ones they ignore. They claim to be doing things on our behalf, but their solutions are almost always not in our best interests, and leave them and the status quo in power. And even when they’re right about a problem and a potential solution, they go too far.

It’s left many of us in the Black community wondering if their agenda is truly about helping us, or if it’s just about absolving progressives of their white guilt.

Morrow noted that historically Black voters have tended to be pragmatic, problem solvers when it comes to voting and public policy issues. Given that, Conservatives have an opportunity now to speak directly to the issues that matter most to Black Americans, inflation, crime, and economic opportunity. President Biden and the Woke Left’s policies are failing Black Americans. What will help Black Americans and all Americans is less government spending, more individual freedom, and the downsizing of the massive federal government.