Bill Clinton’s Sec. of Defense Skewers Obama “We Lost Credibility” Because Of His Inaction 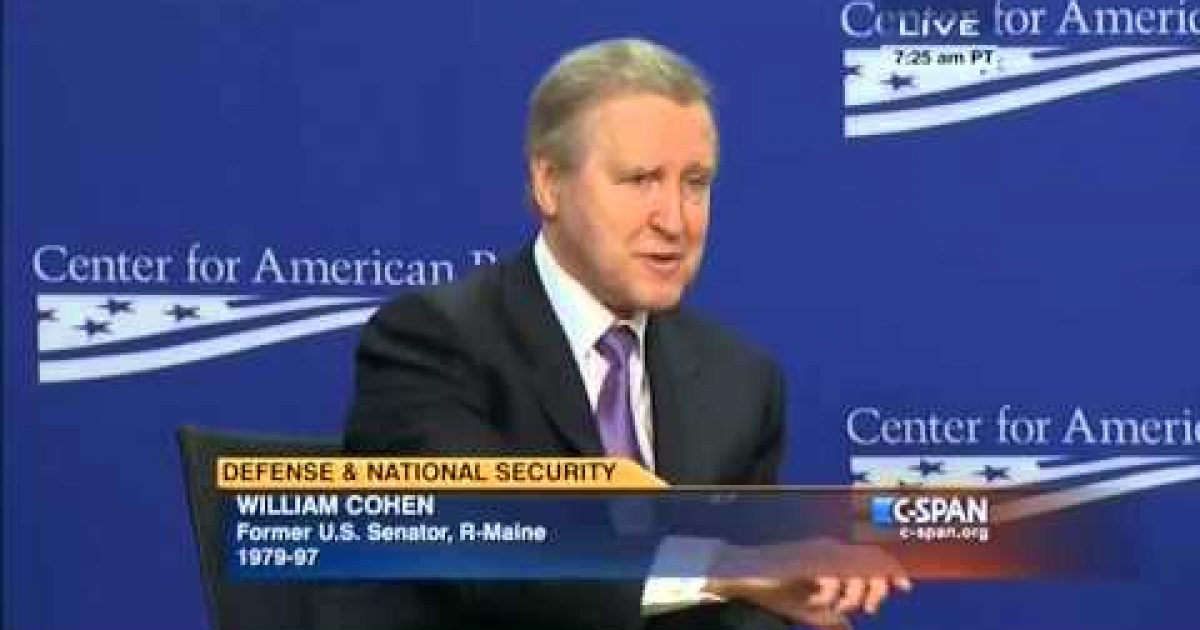 If you say what you’ll do, you better do what you say! That was the message from William Cohen, who was the Secretary of Defense during Bill Clinton’s second term. Cohen skewered Barack Obama for drawing red lines and not following through:

Well, I probably should invoke “one should be prudent, and not hesitant to I think with — hesitant.” I think we have been too hesitant in terms of how we react in certain scenarios.

You mention Syria — did we try to help the rebels? I do not think so. That was a key point. If you go back to when there was resistance to Assad, there were two red lines, or I should say at least one pink line and one red line, and the pink line was Assad has to go. He had lost credibility as leader of the Syrian people and must go. Then we sat back and did what? We did nothing. We did not help those that were desperate to have him go, and then it continued to unravel. We talked about having safe havens. There were no safe havens. We talked about having no-fly zones. There were no no-fly zones. Then came the bright red line about the usage of chemical weapons, and we dithered on that.

Cohen spoke about the embarrassing “build up to nothing” about Syrian WMDS:

At first, we said we were going to fire a shot across the bow of the Syrians, and the military came back and said wait, we do not do that. We do not fire shots across the bow. Are you talking about a military mission? Tell us what the mission is, what the follow along is, and that we can talk about the use of military force. We did not do that. Instead we rally the American people to say we’re going to use force against Assad for the use of chemical weapons, and then Senator McCain, Lindsey Graham, and others came down on the White House because the White House said it would be a
light shot, not a heavy one, and the president assured them it is going to be
serious. They came out in front of the White House with the cameras and said we
are with the president. 24 hours of — after that, they changed their policy —
we are not going to use force.

And then if you remember Obama changed his mind again, but this time passed the buck to Congress, who would have no part of it:

Then it got to a debate with the president said maybe I would ask congress for authority. The president did not have to do that. He had the authority to take limited military action, but he will throw the ball to congress, and congress acted predictably as one would assume and said no thanks, and then the president said even if the congress does not give us authority the president will take action anyway. What kind of a signal are we sending to people under these circumstances?

So, we look uncertain — and uncertain trumpet that we are blowing, and as a result, president Putin comes in on his white horse, no shirt on, we will bail you out from the weapons, and they did that at no cost. We lost credibility with those in the region. We lost credibility with UAE with the Saudis, with the Israelis — we sent a signal to other adversaries, the Russians, that we are not serious when we draw a red line. So, we are paying a penalty for that.

Leaked documents show that Google and the FTC have been engaged in a decades-long criminal cover-up
April 16th, 2021 DC Dirty Laundry