How Bad Will Joe Biden’s Recession Be? Try This… 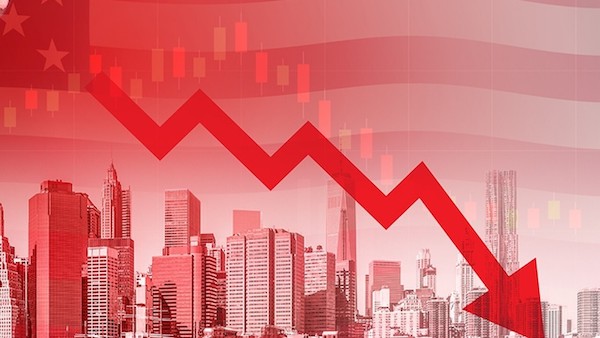 The spread between 10-year and 2-year treasuries, a reliable recession indicator that has predicted almost every recession in modern economic history, inverted for the third time this year on July 5. This followed inversions overnight on June 13 and March 31, following the worsening supply crisis, energy and food shortages, crushing inflation, and the ongoing war in Ukraine.

Adding to the bad news for President Joe Biden as the Congressional midterms rapidly approach, 315,000 jobs were lost in the Bureau of Labor Statistics household survey in June, the second month this year experiencing losses after 353,000 jobs were similarly lost in April in that survey, a sure indicator that we are either in a recession already or rapidly approaching one.

We’ll find out the answer on July 28 when the Bureau of Economic Analysis publishes its initial second-quarter results for the nation’s Gross Domestic Product.

The recession itself will be palpable in the minds of the American people once the household survey turns south, as represented by the unemployment rate. So far, that has not happened amid record job openings as Baby Boomers continue retiring en masse, creating a labor shortage. Still, according to the Bureau of Labor Statistics, those might have peaked in March at 11.85 million. Now job openings are down to 11.25 million.

Usually, in a recession, once the layoffs begin, the hiring pauses, and job openings will crash. However, labor markets have been somewhat resilient to this turning of the tide, even if they appear destined to ultimately succumb to the downturn.

Raising the most critical question: How bad will Biden’s recession, if it really does begin in 2022, be? How high will the unemployment rate really get?

This is where the global economy’s need to boost production — again, the supply crisis, particularly food and energy shortages, are nowhere near solved — will run into the recession’s tendency to squash demand, which usually causes producers to slow down.

On the one hand, any softening of demand should help to bring prices down. In the current situation, however, that might exacerbate the problem if layoffs lead to further labor shortages and production shortfalls, leading to a vicious cycle where demand cannot catch up to supply.

If demand is met coming out of recession, then perhaps prices can stabilize. Otherwise, as in the 1970s and 1980s, the inflation might only pause during the recession, only to continue afterward.

Unfortunately, whether the economy will meet demand is as much a political question these days as it is an economic one. The Biden administration has viewed the high energy prices for oil and natural gas, particularly as an incentive of sorts to move to green energy alternatives.

As a result, Republicans still lead Democrats on the generic Congressional ballot 46.8 percent to 44.3 percent, calling into question how politically sustainable a regime predicated on the Green New Deal might be. Voter attitudes are already primarily set in for this year. Once they say it’s time for a change, with the imminent recession, once the layoffs ensue, all bets could be off for Biden and the Democrats in November. Stay tuned.