Nice Supreme Court you have there.  Be a shame if something happened to it. 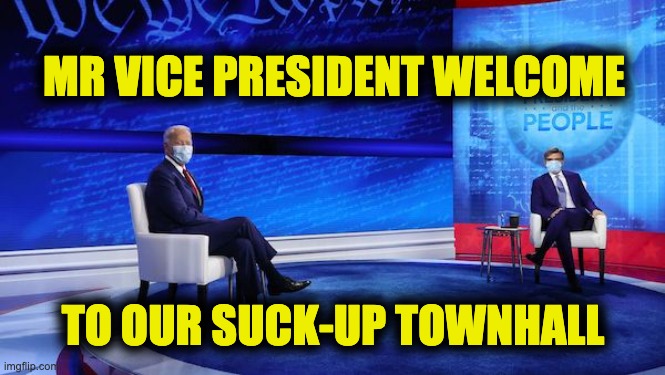 During a town hall event on Thursday, lying Joe Biden, the Democrat candidate for the White House told Democrat propagandist George Stephanopoulos that he’s open to the idea of packing the Supreme Court, depending on what happens to the nomination of Judge Amy Coney Barrett. In other words, he will pack the court. If he believed packing the Supreme Court was bad, what happens with Judge Amy Coney Barrett would have nothing to do with his decision. Biden’s packing supreme court

“I have not been a fan of court-packing because I think it just generates what will happen for whoever wins; it just keeps moving in a way that is inconsistent with what is going to be manageable,” he said.

“So, you’re still not a fan?” Stephanopoulos asked.

“Well, I’m not a fan, it depends on how this turns out, not how he wins, but how it’s handled,” Biden said, referring to the confirmation of Supreme Court Justice nominee Judge Amy Coney Barrett.

“So, if they vote on it before the election?” Stephanopoulos pressed.

“I am open to considering what happens from that point on,” he said.

Translation: Nice Supreme Court you have there.  Be a shame if something happened to it.

This, by the way, came after Biden said voters don’t deserve to know his stand on the issue until after the election.

President Donald Trump released an ad this week, slamming Biden’s refusal to answer questions about his stance on court packing.

“For 150 years, the Supreme Court has had nine seats, but the radical left wants to pack the Court with liberal judges, and Joe Biden won’t tell us where he stands,” the narrator in the ad said. The video contains clips of the former vice president refusing to discuss the topic. “Biden doesn’t believe the voters deserve to know.”

With his answer at the ABC town hall, Biden is still telling America we don’t deserve to know. In reality, he is saying yes because he will do what the leftists in his party want him to do. If he believed packing the supreme court was bad, what happens with Judge Amy Coney Barrett would have nothing to do with his decision.
Most of this post was first seen at Conservative Firing Line
https://lidblog.com
Biden’s packing supreme court
Facebook Twitter Flipboard