Biden’s Dementia Seems To Be Worsening

He Should Be Home Sitting On His Porch Telling The Local Ruffians To The Hell Off His Lawn. 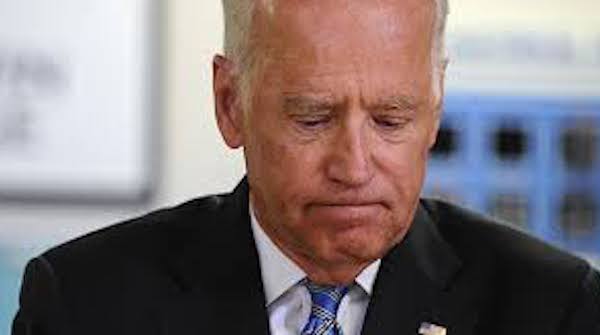 It would be funny if it wasn’t so sad. But at this point, it’s as clear as day that the presumptive 2020 Democratic nominee is in no position to be even running for office. Even as a political junkie it’s hard to watch as Biden’s Dementia worsens. Honestly, I don’t know how Joe Biden’s family allows him to go out in public.

Biden has always been a gaffe meister. But generally, his gaffes involved saying something stupid at the wrong time, such as when Obama was about to sign Obamacare. Joe leaned over to the President and said, “This is a big t*cking deal'” Or during the swine flu outbreak in 2009 when he told America not to fly, warning, “When one person sneezes, it goes everywhere through the aircraft. That’s me.” And one of his most famous gaffes during a 2008 campaign appearance when he addressed a Texas state senator who is confined to a wheelchair, “I’m told Chuck Graham, state senator, is here. Stand up, Chuck, let ’em see you. Oh, God love you.”

The former VP’s 2019/20 gaffes are different. It’s not that he is saying stupid things at the wrong time, that’s fun. His campaign gaffes are scary, he is forgetting and mixing up facts. And when those faux pas are combined with the fact that he seems angrier than earlier campaigns, it is clear he is suffering from the early stages of Alzheimer’s or some other form of dementia.

Joe shouldn’t be campaigning for President, he should be home sitting on his porch telling the local ruffians to the hell off his lawn.

Here is the latest example of Biden’s deterioration. This statement was made on a Thursday, the day the Labor Dept. releases the number of new people requesting unemployment insurance. The number of people reported that day was 2.98 million, which brings the total unemployment during the  CoronaVirus crisis to 36.5 million,

That same day did a virtual Town Hall, where he mentioned that he gets a briefing on CoronaVirus every day for 1-1 1/2 hours. That’s a lot of time to spend with someone, but Biden couldn’t remember the name of the person who briefs him for more than an hour each day.

“Um, and uh, and I’m not, and I, I have a, I have a, uh, like all of you but every day I get between an hour and an hour and a half brief with um, uh, the former head of, our former surgeon general, anyway, with docs across the country, um …”

Understand that I could never bring myself to vote for him even if he were of sound mind.  His politics are way left-wing, and he because he would be running against President Trump, who IMHO has done a great job in his first term so far.

Folks, his memory is clearly getting worse. At the beginning of this campaign, he was forgetting or mixing up facts perhaps once a week. But now it seems to happen at least once or twice a day.

These aren’t normal gaffs. I lost two family members to Alzheimer’s, and my Dad had dementia in his last year of life, at least for me, it is easy to recognize.

The fact that he increasingly has memory lapses should be an extra concern for members of the Democratic Party because his forgetfulness is getting worse. Just wait till he has to face President Trump in debates.

One of the questions people ask of voters is, do you want this person to have their finger on the nuclear button, I fear that with Biden someone would fist have to explain to him what a button is.