“Many Black Americans are scrambling right now trying to figure out how they can keep their jobs.” – Star Parker 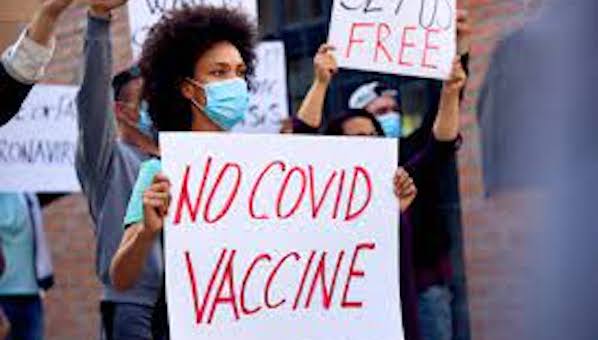 President Joe Biden’s federal vaccine mandates have many Black Americans worried they could lose their jobs. Black syndicated columnist and conservative commentator Star Parker what Biden is doing is discrimination.

“Right now a lot of Black Americans, including friends and family members, who work for the federal government or federal contractors, are concerned they could lose their jobs,” Parker explained. “Privately, many are having conversations trying to figure out how to keep their jobs under these new mandates.”

Black Americans have a long history of distrust of the federal government due to government projects such as the Tuskegee Study of Untreated Syphilis in the Negro Male. It was an ethically abusive study conducted between 1932 and 1972 by the United States Public Health Service and the Centers for Disease Control and Prevention on a group of nearly 400 Black Americans with syphilis.

That distrust explains, at least in part, why many Black Americans today are hesitant to get the Covid-19 vaccine.

Biden’s mandate that all federal workers and military members get vaccinated will disproportionally affect Black Americans. That’s because they make up 13.4 percent of Americans but 18.37% of the federal workforce. According to the Brookings Institute, Black men are significantly over-represented in military service.

Anecdotally, Blacks are hearing stories about Jessie Jackson, who, despite being vaccinated, was recently hospitalized with a breakthrough Covid case. Baseball great Hank Aaron was vaccinated against Covid in early January and died 17-days later. Doctors say his death was unrelated to Covid or the vaccine, but still, many in the Black community are skeptical.

“All I know is Hank Aaron got the vaccine, and two weeks later, he’s dead,” said Parker.

She also noted that Black Americans are more likely to have underlying health risks compared with White Americans, and that makes them very afraid of getting the vaccine.

“Our woke president can’t see or refuses to see how his mandates are hurting Black Americans,” said Rick Manning, President of Americans for Limited Government. “The impact of blacks in the job market will be devastating as many will be singled out due to this mandate.  What is even worse is that unvaccinated blacks seeking jobs will have their applications not so subtly shifted to the bottom of the pile by human resource officers – a return to practices that were common when Joe Biden was entering the workforce himself.”

Top-down vaccines mandates are wrong and ineffective. We must have a limited federal government that doesn’t mandate personal health care choices for everyday Americans.  People’s personal choices must be respected.

“Joe Biden is once again abusing the power of the executive branch,” Manning concluded. “The American people should be given the scientific information they need to assess the risk to themselves and their families, and then they can freely make their choice. Americans must reject Biden’s unprecedented mandates.”

In recent months, Americans for Limited Government supporters have sent more than one million emails to lawmakers at the local, state, and federal levels urging them to oppose Covid vaccine mandates and passports.