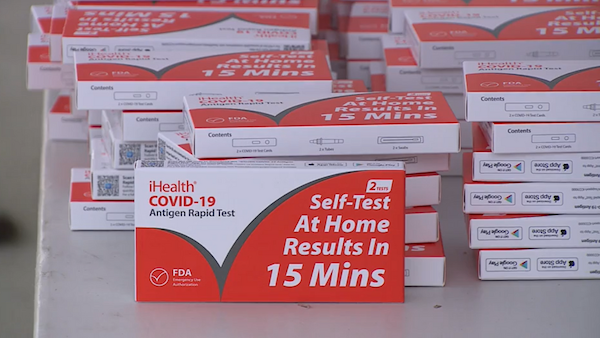 President Joe Biden has appeared reluctant to achieve much of anything during his first year in office, and his approval numbers have reflected this. He was hesitant in running for office, and he is now reluctant to execute the duties of the office, all while several crises continue to cramp our nation’s progress. Biden’s covid test-by-mail

Of these issues, the COVID pandemic remains near the top of the list, as the omicron variant appears to be fully engulfing the nation as a whole. For what it’s worth Biden has instigated a plan to send every household a number of rapid COVID testing kits per month.

But there’s only one problem:  If you live in an apartment, the website that allows you to order the tests was dysfunctional at the start.

The Biden administration’s website to order free rapid Covid-19 tests is up, and some users trying to get the tests delivered to apartments and other multi-unit residences ran into problems.

The website, COVIDtests.gov, went live a day earlier than anticipated in a “beta test” on Tuesday, sending millions of users to sign up for the tests from an order form ahead of a Wednesday morning launch. A White House official said this was “standard practice to address troubleshooting” to make Wednesday’s launch “as smooth … as possible.”

Some residents in multi-unit dwellings tried to register to have tests delivered but received error messages saying tests already had been ordered for their address. An administration official said the problem was not widespread and that orders are being prioritized for people in areas facing disproportionate Covid-19 cases and deaths — the first 20 percent of test orders processed will be for people in vulnerable ZIP codes.

I know I’m not the first to encounter this issue, but has anyone* living in an apartment building actually been able to order a COVID test through the new government site?

* Well, other than the first person in a building, I guess. pic.twitter.com/7VDyRTM9xW

I know some in apartment buildings who have. But I have not. USPS thinks we already did because this street address already ordered one. I tried lots of other apartment numbers just to confirm. The system does not recognize diff apts as a diff address, so we’re SOL. pic.twitter.com/tjbH7C6PbW